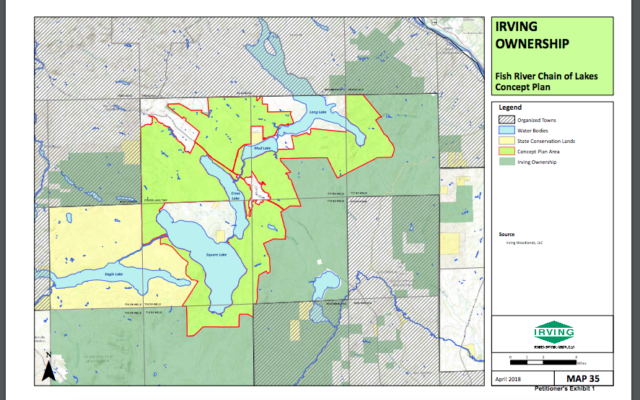 Morgan Mitchell • September 16, 2019
One week after the Land Use Planning Commission approved J.D. Irving’s plan to rezone a portion of 51,000 acres from general management to residential and commercial, Irving says leaseholders do not have to worry about their land being sold out from under them.

AROOSTOOK, Maine — One week after the Land Use Planning Commission approved J.D. Irving’s plan to rezone a portion of 51,000 acres from general management to residential and commercial, Irving says leaseholders do not have to worry about their land being sold out from under them.

Irving’s 30-year plan calls for close to 330 new development units, and conserving nearly 17,000 acres that can still be used for logging around four of Aroostook’s major lakes: Cross, Square, Long and Mud.

The rezoning would allow for more than 1,600 acres of Irving’s land to be available primarily for commercial or residential development. However, Irving Woodlands director of land development Anthony Hourihan said the company has no plans in the near future to sell its land. 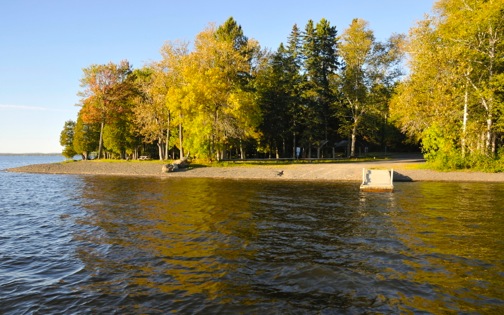 A boat launch is on display on the shores of Cross Lake in this contributed photo. JD Irving has submitted a concept plan to the state for future development, management and conservation on 51,000 acres in northern Maine, including land around Cross Lake. (Christopher Bouchard)

“We wanted to identify areas that may be attractive for development,” Hourihan said. “Rezoning would still mean that anyone wanting to develop (a parcel) would have to go through the right legal process.”

Cheryl St. Peter of the Fish River Lakes Leaseholders Association said residents of the lakes  are “very concerned” about the rezoning.

“Most of the camp owners are very concerned, especially about when and at what cost they may be able to purchase their lots, as well as several other issues with the plan, including its potential impact on Cross Lake’s water quality,” St. Peter said. 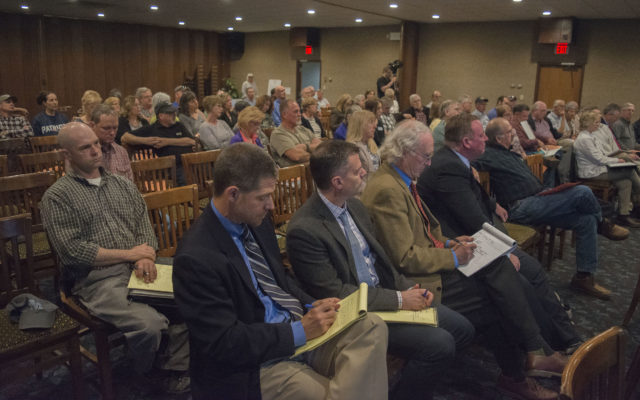 A large crowd gathered at the Caribou Inn and Convention Center on May 22, 2018, for a public hearing regarding JD Irving’s concept plan to rezone 51,000 acres of land along the Fish River chain of lakes. (Christopher Bouchard)

Hourihan said there is “no plan to change anything,” and that things will be “business as usual.” He said many leaseholders have asked to purchase their lots they lease from Irving and that if Irving were to sell their land for development, the more than 300 residents on those lots would have first refusal at purchasing the land.

“They’re going to continue to lease to us, just like they have been,” St. Peter said. “They aren’t going to kick us out.”

One of the positives Hourihan said was that the land around lakes, such as the land in Sinclair on Route 161, could eventually be developed for commercial use as long as the developers go through the right channels and complete the correct process.

“We don’t envision any development in the near future,” he said. “Even going forward, some of these areas may never be developed.”

The plan preserves 17,000 acres of land placed in a working forest easement that extinguishes the rights to develop the area forever, according to Hourihan. The easement allows for public recreation on the property. More than 12 miles of shoreline on the lakes is included in the 17,000 acres.

A story on fiddleheadfocus.com and in St. John Valley Times’ Sept. 18 issue about the rezoning of 51,000 acres of Irving land in St. John Valley contained errors. Only more than 1,600 acres have been rezoned for residential and commercial development. In addition, St. Peter corrected her statement to reflect that the residents she represents are indeed concerned about the rezoning.

As the Maine Turnpike expects 1 million travelers alone over the Labor Day weekend, policymakers are gearing up for a sprint to solve one of the state’s most intractable problems: a long-standing — and growing — transportation funding gap.
Apex Weather END_OF_DOCUMENT_TOKEN_TO_BE_REPLACED

The Valley will receive an inch or less of accumulation from Thursday's system based on current forecast model data.
Our Sponsors END_OF_DOCUMENT_TOKEN_TO_BE_REPLACED