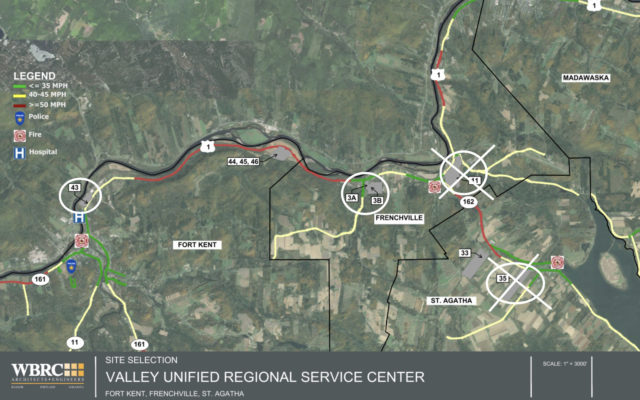 Voters in the SAD 27 school district are sharing their feelings on whether they plan to vote in favor of the new school and if so, which of those sites they prefer.

Last year, the state authorized funding the Valley Unified effort up to $100 million for a new St. John Valley educational facility that would replace three high schools located in SAD 27, SAD 33 and the Madawaska School Department.

At a meeting on July 30, the Valley Unified Board agreed to integrate grades seven and eight into the school.

The State Board of Education’s final approval for funding and construction is contingent on the three local school systems finding a suitable site for the new school and getting voters from each area to approve the project.

Regardless of which site the committee recommends, voters in the administrative units of SAD 27, SAD 33 and the Madawaska School Department will ultimately determine whether to approve the location of the new school.

Here is what four eligible voters from the SAD 27 towns of Fort Kent and St. Francis had to say about the latest developments in the project:

“To me it does not matter what site they choose. We as the Valley need to approve whatever the location is,” said Kevin Dubois of Fort Kent, a local taxpayer with no children. “If not, in a few years we will have to all move into an old school which the Valley residents’ taxes will have to pay to have renovated. If we approve the location, the (funding will) come from statewide tax dollars, not only regionally.”

Danielle Daigle of Fort Kent has two young children who have yet to attend the public school system — Landyn, who is 3 1/2 years old, and Haleigh, who is 2 1/2. Daigle is also in favor of the regional school, regardless of which site the committee selects.

“If we’re more focused on the location, it really doesn’t affect my children. To me it doesn’t make a big difference. I more or less worry about the children who live farther, but if they did put it in Frenchville I would vote for it,” Daigle said.

Mariya Pelletier of St. Francis, whose 4-year-old daughter Sophia Ewing does live farther, is also in favor of the regional school, but would like to know more about the safety aspects of the potential sites. Ewing currently attends pre-K classes at Fort Kent Elementary School.

“I personally believe that my child’s education is more important than losing an opportunity such as this one due to an additional 10 minutes of travel,” Pelletier said. “Would I enjoy for the school to be located in the town nearest to me? Absolutely. And yes Fort Kent would be closer for my child.

“However, I would prefer that my child is placed in the location where emergency response time is quickest,” Pelletier added. “The focus should not be on the location but rather what is in the best interest of the child. I would support the decision regardless of the location chosen, as (long as) the tools they are using to make the decision are unbiased and fact driven.”

Cindy Bouley, whose son is a junior at Fort Kent Community High School and will therefore not be a student if the new school passes and is built in the coming years, is a proponent of the school, but prefers the Fort Kent site.

“We all need to get along. If we have too much controversy about where the school goes we will pay for it by losing the grant and have increased taxes to repair current aging schools,” Bouley said. “The school needs to be where you have the amenities such as a hospital, University, fire, ambulance, and police. Fort Kent has always been a service center. As far as distance traveled, we are talking about grades 9-13; students are all old enough to handle the travel and most have their own vehicles and don’t take the bus.

“I would not support a school built in any other community,” Bouley added. “The other communities are missing some of the amenities which Fort Kent has now.”

Voters from the Madawaska School Department and SAD 33 who wish to share their opinions about the two proposed regional school sites in a future news story with Fiddlehead Focus/St. John Valley Times, can do so by contacting story@fiddleheadfocus.com.

Only one member of Maine’s congressional delegation had come out in favor of impeaching President Donald Trump ahead of House Speaker Nancy Pelosi’s Tuesday announcement that the Democratic-led House of Representatives would begin an impeachment inquiry.
Apex Weather END_OF_DOCUMENT_TOKEN_TO_BE_REPLACED

A strong upper-ridge anchored off the Southeastern US coast will bring warmer and more humid than normal conditions to the Valley through the late week period.
Campaign Corner END_OF_DOCUMENT_TOKEN_TO_BE_REPLACED

Dale Crafts filed his nomination papers for Feb. 21 with the Secretary of State to officially be placed on the primary ballot on June 9, 2020, for the U.S. House of Representatives 2nd District race.
Our Sponsors END_OF_DOCUMENT_TOKEN_TO_BE_REPLACED