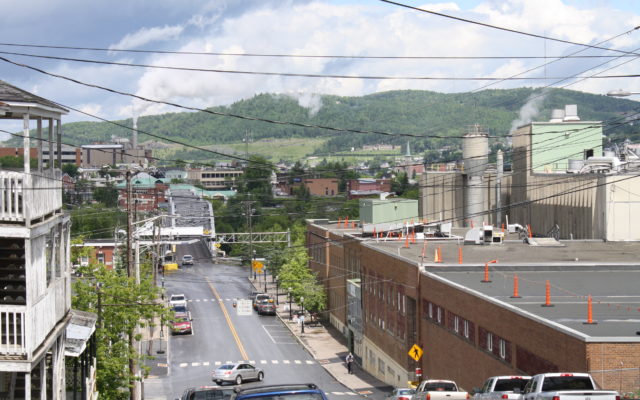 Staff representative Michael Higgins said in a statement that the new Collective Bargaining Agreement “guarantees wages, benefits, and working conditions which are superior to most of the paper industry across the United States.” 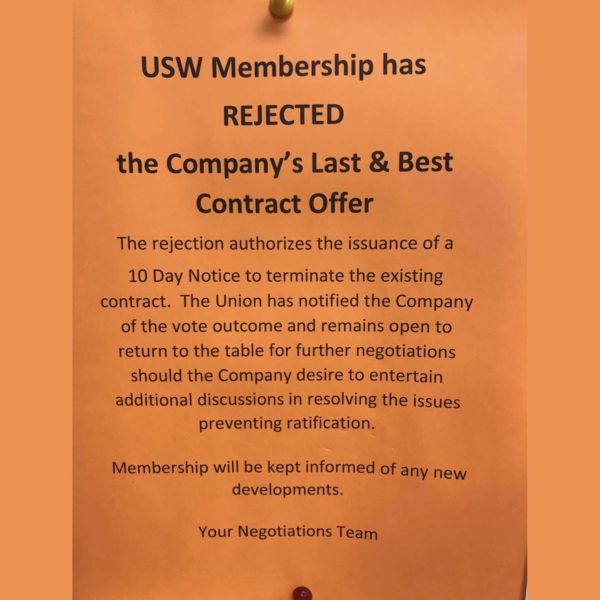 This orange sign hangs on the bulletin board next to the clock in station at Twin Rivers paper mill in Madawaska. (Contributed)

“The mill in Madawaska has seen many years of uncertainty, changes of ownership, and concessions,” Higgins said. “For this reason, many of our members were willing to put their livelihoods on the line, by forcing a strike vote, in order to provide a better life for their families.”

On Aug. 21, the USW who represents more than 325 members in Madawaska, voted to reject Twin Rivers’ proposal, one that was called the “last & best” contract offer. That final rejection, as outlined in a flyer hung on a bulletin board near one of the time clocks, meant that the union workers could terminate their contract and strike.

“Though negotiations were lengthy, arduous, and not appealing to some members, we avoided a strike today with an overwhelming majority vote on the latest company proposal,” Higgins said in his statement Thursday night. “Our members sacrifice their nights, weekends, days off, and holidays to provide a first-class workforce for Twin Rivers Paper.”

Maine Department of Labor Commissioner Laura Fortman said she was pleased the two parties could work it out.

“Maine’s paper mills and the employees who power them every day are at the foundation of our state’s history and our economy,” Fortman said. “We are very pleased that Twin Rivers Paper Mill and United Steelworkers were able to work together to ratify a contract that allows hardworking Mainers to continue to provide for themselves and their families and the mill to continue to successfully operate.”

Madawaska Town Manager Gary Picard said Friday he was “happy to learn that Twin Rivers Paper and the employees were successful in their negotiations to ultimately arrive at an agreement without strike.”

Attempts to reach Twin Rivers representatives were not successful.

As the Maine Turnpike expects 1 million travelers alone over the Labor Day weekend, policymakers are gearing up for a sprint to solve one of the state’s most intractable problems: a long-standing — and growing — transportation funding gap.
Apex Weather END_OF_DOCUMENT_TOKEN_TO_BE_REPLACED

The Valley will receive an inch or less of accumulation from Thursday's system based on current forecast model data.
Our Sponsors END_OF_DOCUMENT_TOKEN_TO_BE_REPLACED