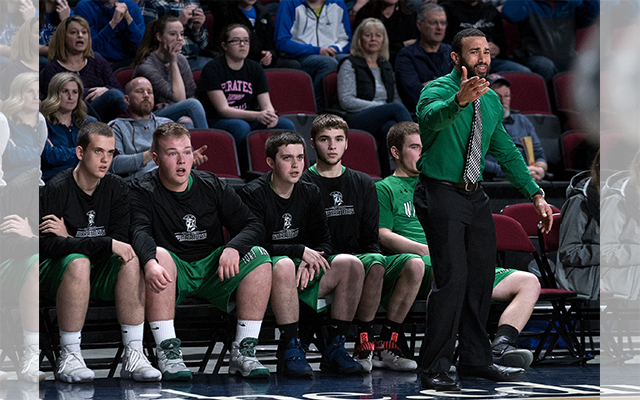 “Mr. Cooper has resigned from his basketball coaching duties only. He remains a valuable teacher at CHS,” said Valley Unified Superintendent Ben Sirois.

Cooper, who led the Warrior boys varsity team to the playoffs all but one of the seasons he coached the team, is stepping down for unspecified personal reasons, according to a press release from SAD 27 athletic director Eric Werntgen.

“Cooper helped rebuild the Warrior basketball program starting as a middle school coach and then bringing back Junior Varsity Basketball during his first year in 2013-14,” Werntgen said. “He then led the Varsity team to the playoffs in five of his six seasons on the sidelines and back to the quarterfinal round of the state tournament in Bangor for the first time in 16 years in 2016 where they fell to eventual state champ George Stevens Academy.”

In 2016, he guided the Warriors to their first regional quarterfinal appearance in 16 years. Cooper then led Fort Kent to the Class C North semifinals two years later. In both instances Fort Kent was eliminated by George Stevens Academy of Blue Hill, which went on to win the state championship in each of those seasons.

Fort Kent finished sixth in Class C North last winter with a 14-4 regular-season record before falling to Calais 53-48 in the tournament’s preliminary round.

“Derrick has coached over 100 high school athletes [over the] years, and has had an amazing influence on these athletes. As booster club president and the parent of an athlete, I thank you for the years you have dedicated to your team and to my son. I wish you the best with future endeavors. You will surely be missed,” Paradis said.

Cooper was a standout soccer and basketball player at Madawaska High School who went on to star in both sports at the University of Maine at Fort Kent. There, he captained the basketball and soccer teams as a senior.

He went on to serve as an assistant basketball coach under Werntgen at UMFK before beginning his coaching stint at Fort Kent.

The search for Cooper’s replacement is already underway. Qualified applicants must have knowledge of and experience coaching a basketball program. Varsity level or higher coaching experience is preferred but not required.

Reporter Ernie Clark of the Bangor Daily News contributed to this report.

The upper-level low pressure area that has been parked over southern New England will continue to stall there today into the overnight period then begin to open up and shift southeast into the Atlantic Thursday.
Campaign Corner END_OF_DOCUMENT_TOKEN_TO_BE_REPLACED

Dale Crafts filed his nomination papers for Feb. 21 with the Secretary of State to officially be placed on the primary ballot on June 9, 2020, for the U.S. House of Representatives 2nd District race.
Our Sponsors END_OF_DOCUMENT_TOKEN_TO_BE_REPLACED