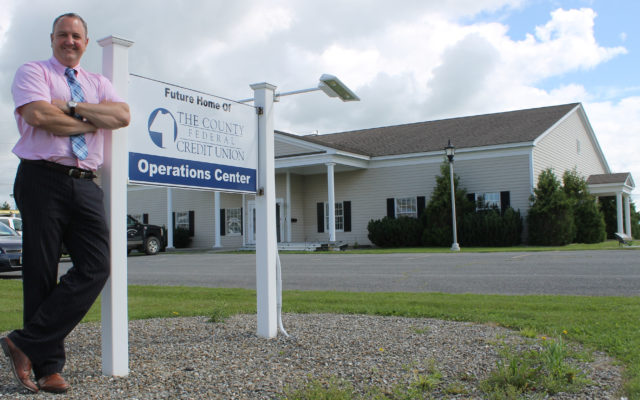 The board of directors of both credit unions recently approved the merger and will now await approval by credit union members and regulatory authorities, according to a press release.

Ryan Ellsworth, president and CEO of the The County Federal Credit Union who will lead the new credit union, said the partnership will offer benefits to members and the combined organization.

“For the membership, the combined credit union will offer greater levels of member service, diversification of risk, better accessibility and will allow us to make the right long-term infrastructure and technology investments to remain competitive,” Ellsworth said in a press release.

The County FCU was originally the federal credit union serving military and civilian workers at Loring Air Force Base. Today it has 67 employees, 18,000 members and branches in Caribou, Fort Fairfield, Houlton and Presque Isle, plus a branch in Mars Hill under construction and set to open in 2020.

Penobscot County FCU, based in Old Town, was originally the credit union serving the workers of the Old Town Paper Mill. It has 24 employees, more than 10,000 members and locations in Bangor, Howland and Old Town.

Mike Bosse, associate vice president for marketing with The County FCU, said that no employees from either credit union will be laid off in the merger.

“In fact, this merger would provide multiple benefits and new opportunities for employees of both credit unions,” Bosse said in an email. “We need and want all employees.”

Penobscot County FCU CEO Steve Baillargeon, who plans to retire after the merger, said that the plan will “bring much greater strength and competitive advantages than each could provide on its own.”

“Very simply, we want to bring members the best value from their credit union while ensuring that we continue to grow and thrive in an ever-changing financial services industry,” Baillargeon said.

The merger approval process is in its early stages and both credit unions are still performing financial “due diligence,” according to the press release. A targeted date of April 1, 2020, is set for the merger to be finalized.

The Penobscot County credit union branches will continue to use their name, operating as a division of The County FCU, while all other branches will use The County Federal Credit Union name. The organizations said that a new unified brand “that progressively depicts the heritage and culture may be chosen and announced at a later date.”

Bosse said the members and others with questions about the merger can visit the organizations’ frequently asked questions page, at https://www.countyfcu.org/merger-faqs/.

As the Maine Turnpike expects 1 million travelers alone over the Labor Day weekend, policymakers are gearing up for a sprint to solve one of the state’s most intractable problems: a long-standing — and growing — transportation funding gap.
Apex Weather END_OF_DOCUMENT_TOKEN_TO_BE_REPLACED

The Valley will receive an inch or less of accumulation from Thursday's system based on current forecast model data.
Our Sponsors END_OF_DOCUMENT_TOKEN_TO_BE_REPLACED