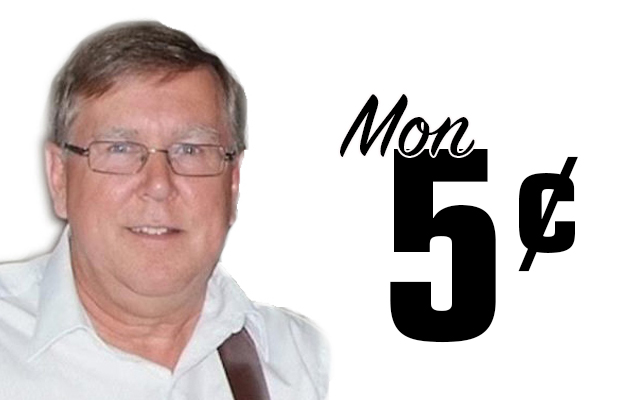 Don Levesque, Special to the Fiddlehead Focus • August 30, 2019
A group of refugees came here more than 230 years ago. They landed somewhere around Saint David and were welcomed by local residents who helped them settle down.

A group of refugees came here more than 230 years ago. They landed somewhere around Saint David and were welcomed by local residents who helped them settle down.

A small group of Acadians who had somehow escaped the forced deportation of their friends and neighbors 30 years earlier in Acadie eventually found their way to the Valley.

Of course, the Maliseets had been here for thousands of years. If not for them, the early pioneers may not have survived.

Mais les Malecites les ont souhaité la bienvenue. The Maliseets extended a hand to the refugees and helped them survive. It was a grand humanitarian gesture that we should never forget.

We can never say enough: Merci, nos amis Malecite, for being so generous and so welcoming.

Si ont est encôre icitte aujourd’hui c’est en cause de nos ancêtres. Drive down to the Acadian Cross site in Saint David and take a minute to read the names at the foot of the big cross monument. Those are the refugees who first set foot in the St. John Valley to find peace. C’est eux autres qu’ont défrichté les terres pi qu’ont él’vé des grosses familles. They overcame all the odds, all the diseases, famines, and countless challenges and built a community we can all be proud of.

Most of you can probably trace your genealogy back to Europe. But, more importantly, you probably also know the name of the first pioneer from your family to come to the Valley seeking a better life.

This year we celebrate the 150th anniversary of several towns in the Valley who all became incorporated in 1869.

I believe we have a right to be proud of the Saint John Valley.

We have a right to be proud of our communities.

We have a right to be proud of our neighborhoods.

Ont a le droit d’être fier de nos ancêtres and we also have a right be proud of what each one of us has accomplished.

Heavy snow is expected to overspread the Valley this afternoon and continue into the evening hours.
Crown Politics END_OF_DOCUMENT_TOKEN_TO_BE_REPLACED

Maine’s longest serving legislator, Martin was first elected to the Maine House of Representatives in 1964 when he was 23.
Our Sponsors END_OF_DOCUMENT_TOKEN_TO_BE_REPLACED