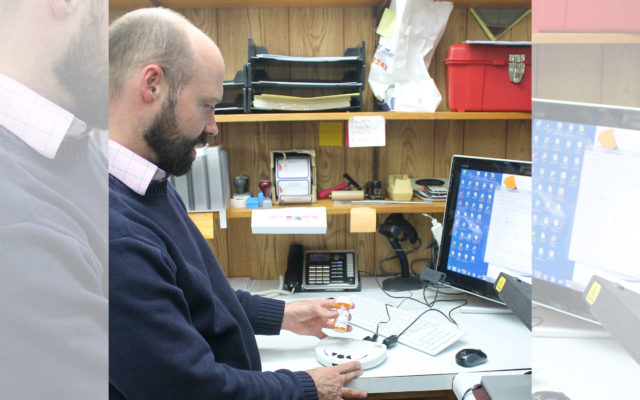 By Charles Eichacker, BDN Staff Writer • August 30, 2019
Northern Light Pharmacy will soon sell off the side of its operation that supplies drugs to 69 group homes and assisted-living facilities around the state in order to focus more on the retail side of its business.

Northern Light Pharmacy will soon sell off the side of its operation that supplies drugs to 69 group homes and assisted-living facilities around the state in order to focus more on the retail side of its business.

On Sept. 27, the organization will sell its long-term care pharmacy services to Bangor Drug LTC, a company started early this year by two Aroostook County pharmacists who have found demand for their services in the Bangor region. 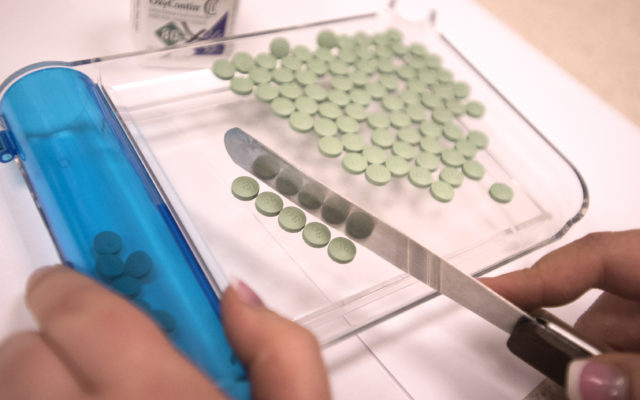 Pills on a counting tray at Miller Drug in 2016. Miller Drug became Northern Light Pharmacy last year. In September, the pharmacy will the part of its business that supplies drugs to group homes and assisted-living facilities. (Gabor Degre)

They’re not guaranteed jobs following the sale, but Northern Light Health “will make every effort” to find new positions elsewhere in the organization for those 18 employees, according to spokeswoman Karen Cashman.

John Hebert, a co-owner of Bangor Drug LTC, said that if any of the workers do not find positions, he would consider recruiting them to his business. Hebert also owns and runs Hebert Rexall Pharmacy in Van Buren, a business that has been in his family for 80 years.

The other owner of Bangor Drug LTC is Charles Ouellette, who runs St. John Valley Pharmacy in Fort Kent.

The pair started Bangor Drug LTC around the start of this year. They decided to start the venture after Hebert’s Van Buren business began providing drugs to nursing homes in the Bangor area in recent years and he discovered the demand for those services wasn’t going away, Hebert said.

They’re now dispensing drugs out of a facility on Stillwater Avenue, but soon plan to move to a new location in the former Rite Aid at 713 and 711 Broadway. Acadia Federal Credit Union has bought that building and will rent out part of it to the pharmacy.

Besides dispensing drugs to nursing facilities, Bangor Drug LTC also plans to open a retail pharmacy for members of the public at that Broadway location, Hebert said. He expects the company to offer similar levels of service and pricing as Northern Light Pharmacy has.

Cashman and Hebert declined to say how much Bangor Drug LTC will pay for Northern Light Pharmacy’s long-term care services.

“We believe Bangor Drug LTC will provide the same level of service at comparable pricing,” said Matthew Marston, director of Northern Light Pharmacy. “They are also able to provide enhanced services, such as multi-dose packaging and cycle fill processing. This service level will undoubtedly benefit our customers, and we are committed to working with Bangor Drug LTC to make this a smooth transition for all parties.”

Started in Bangor in 1957 as Miller Drug, the business became part of the health care system that’s now called Northern Light Health in 2010 and has expanded to multiple locations at system hospitals and clinics.

In 2016, the operation also greatly expanded its offerings to offerings to nursing homes when it signed a multi-million dollar contract with First Atlantic HealthCare and its more than 20 nursing homes. But in 2018, it had to eliminate 19 positions when it couldn’t meet the terms of that contract.

By “refocusing our business efforts, we hope to be one step closer to providing an exceptional experience for all those that we serve for generations to come,” Marston said. “This move will allow us to dedicate our full attention toward the growth of our retail and specialty pharmacy lines of business.”

Northern Light Pharmacy is now working with its long-term care customers on the transition to a new supplier, Cashman said.

As the Maine Turnpike expects 1 million travelers alone over the Labor Day weekend, policymakers are gearing up for a sprint to solve one of the state’s most intractable problems: a long-standing — and growing — transportation funding gap.
Apex Weather END_OF_DOCUMENT_TOKEN_TO_BE_REPLACED

The Valley will receive an inch or less of accumulation from Thursday's system based on current forecast model data.
Our Sponsors END_OF_DOCUMENT_TOKEN_TO_BE_REPLACED