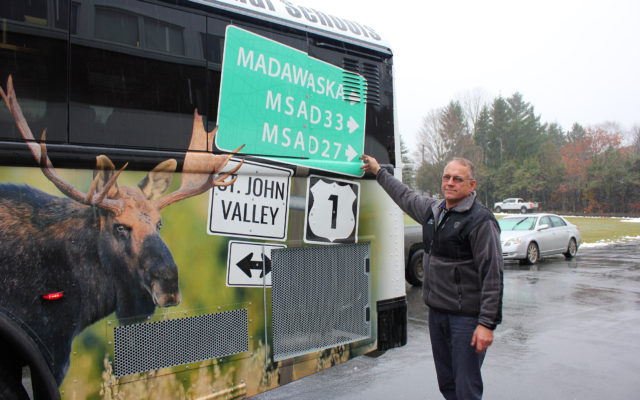 Morgan Mitchell • August 27, 2019
Less than 24 hours before the Valley Unified Site Selection Committee met to discuss further site eliminations, SAD 27 followed suit with SAD 33 and the Madawaska School Department in voting for option one in the straw poll.

FORT KENT, Maine — Less than 24 hours before the Valley Unified Site Selection Committee met to discuss further site eliminations, SAD 27 followed suit with SAD 33 and the Madawaska School Department in voting for option one in the straw poll.

At their Aug. 26 meeting, SAD 27 directors voted to support option one. Previously, the Madawaska School Committee voted unanimously on Aug. 5 in favor of that option, with the SAD 33 school board voting for the same on Aug. 19.

Their stance could help determine how the final votes are counted, and essentially if the proposed regional high school project will continue forward.

Joined under the umbrella of the Valley Unified Regional Service Center, the three school administrative units, or SAUs, have worked together to address the declining enrollment and rising costs in education.

Residents of the member communities will need to vote to approve the final project, and the Maine Department of Education will need to OK plans moving forward.

The straw poll was a topic that was tabled at the Valley Unified Education Service Center Board of Directors meeting at the end of July. The question was how to conduct a straw poll that would gauge public support.

School board committees for SAD 33, SAD 27 and the Madawaska School Department were asked for an official stance on how the straw poll will be conducted when it is time to take one. There were three options for how to conduct the poll. The option decided upon will also determine the referendum process and voter approval requirements.

For the straw poll, the first option is to ask each administrative unit, which will result in three separate results for each public hearing. The second option would ask the Valley as a whole at a single public hearing. And the third is to have one single public meeting as well, with the only difference being in the voter approval requirement.

If voter approval is not secured by whichever option is chosen, then the project will not move forward.

While the three school committees are being consulted, they are not the ones to make the final decision as to which option to choose. The Valley Unified Board of Directors will take their votes strongly into consideration, but has final say.

Superintendent Ben Sirois said they plan to continue discussions regarding the voting process at the Valley Unified Board of Directors meeting on Sept. 24.

Dew points will drop back into the 50s by tonight creating less muggy conditions in the Valley.
Our Sponsors END_OF_DOCUMENT_TOKEN_TO_BE_REPLACED