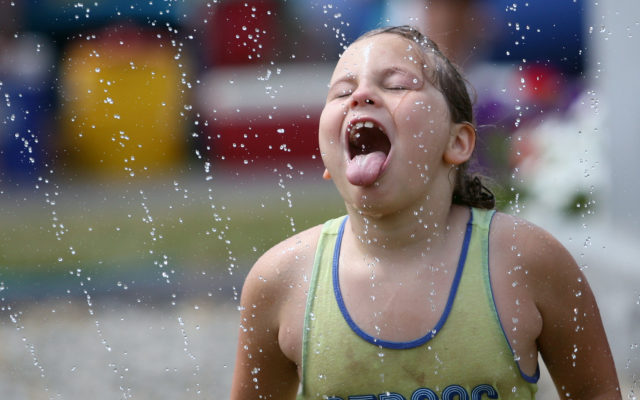 Jen Lynds, BDN Staff • July 30, 2019
Like a number of other people in Aroostook County, Caroline Hagan of Houlton has been silently berating herself when she complains about the extended span of hot temperatures that The County and the state is experiencing.

CARIBOU, Maine — Like a number of other people in Aroostook County, Caroline Hagan of Houlton has been silently berating herself when she complains about the extended span of hot temperatures that The County and the state is experiencing.
“I admit that the heat is a bit of an inconvenience,” she said Monday. “It makes it harder to exercise outdoors and work in my garden for long periods of time like I want to, but it sure beats endlessly loading wood into your stove when the temperature is 20 degrees below zero.”

According to the National Weather Service in Caribou, Tuesday was expected to be the hottest day of the week, when temperatures could exceed 90 degrees.

The average high temperature for the month is 74.3 degrees, while the average low is 52.9 degrees.

Temperatures will likely begin to cool down next month, according to the weather service, especially during the second half of the month.

The city customarily sees an average of 3.76 inches of precipitation in August.

As the Maine Turnpike expects 1 million travelers alone over the Labor Day weekend, policymakers are gearing up for a sprint to solve one of the state’s most intractable problems: a long-standing — and growing — transportation funding gap.
Apex Weather END_OF_DOCUMENT_TOKEN_TO_BE_REPLACED

The Valley will receive an inch or less of accumulation from Thursday's system based on current forecast model data.
Our Sponsors END_OF_DOCUMENT_TOKEN_TO_BE_REPLACED