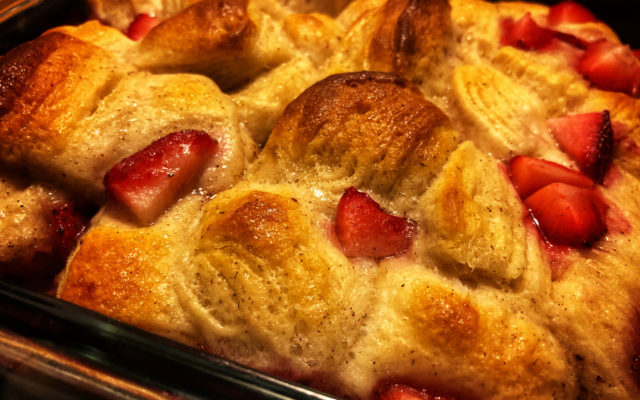 Morgan Mitchell • July 15, 2019
So you survived that Fourth of July gathering now you have the rest of the summer to look forward to. Don’t forget about your summer brunches. If you’re not sure what to take, just remember, biscuits make the brunch.

MADAWASKA, Maine — So you survived that Fourth of July gathering now you have the rest of the summer to look forward to. Don’t forget about your summer brunches. If you’re not sure what to take, just remember, biscuits make the brunch.

I wasn’t your typical southern girl growing up when it came to breakfast. For one of my favorites, southern biscuits and gravy, I often had to resort to either special family gatherings in the summer or settle for the continental breakfast version where they use a packet of white pepper gravy. 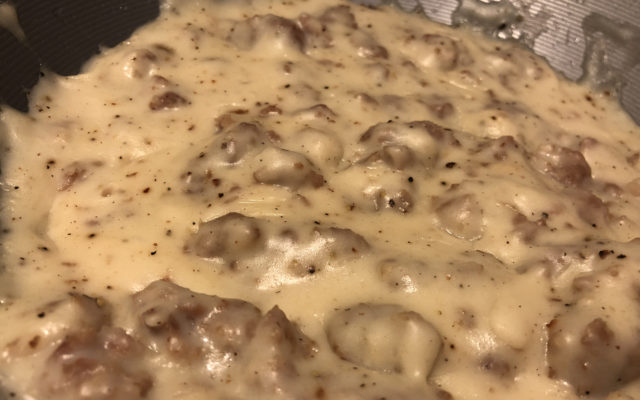 The sausage gravy should be thick but not too thick, with chunks of juicy sausage. (Morgan Mitchell)

It’ll do in a pinch, but it’s nothing like the sausage gravy you can easily make from scratch.

The other recipe I am going to share with you is something I came up with in the comfort of our family home in Houston (which was sold exactly one year ago), with my mother who had put me in charge of breakfast while she worked on cutting and installing baseboards in the house. So I took a memory of learning to make monkey bread for the first time, and decided to make a funky version with strawberries.

Now I am not a baking girl (sorry if you were ever hoping for some cake recipes, not my thing), so for both of these recipes, we are going to cheat a little and use some canned biscuits. If you want to use Bisquick or even make them from scratch, please do, take photos, and let me know how they turned out.

Let’s start with the strawberry funky monkey bread because that will cook while you make the gravy for the other biscuits.

I personally like the flakey, buttery canned biscuits for the funky monkey because it just flakes easier and almost feels lighter… I said almost. Make sure to also pick up a can of buttermilk biscuits for the biscuits and gravy recipe.

For the Strawberry Funky Monkey Bread:

— Can of flakey, buttery biscuits

— 1 cup strawberries (bonus points if you picked them yourself)

First, preheat the oven to 325 degrees. Quarter up the biscuits and sprinkle them in a greased pie pan or square baking dish. In a separate bowl, melt the butter (just barely so it’s not too hot) and combine the egg, brown sugar, and cinnamon. Stir that into the cubed biscuits and add the diced strawberries. Bake it in the dish for 20 minutes or until the top of the biscuits are golden brown. 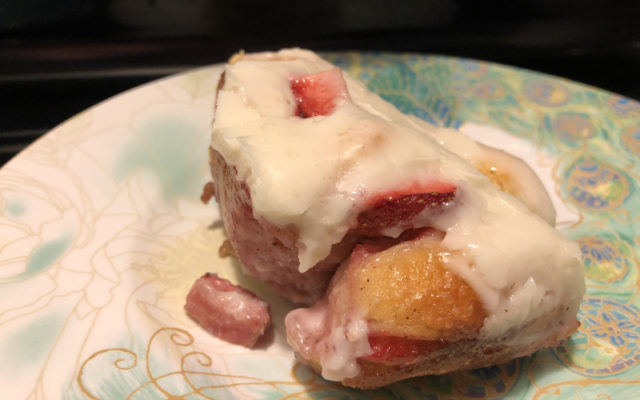 At this time, make sure you also throw your regular biscuits in the oven.

While those are baking, grab your hand mixer, or your Popeye arm, and whisk together the milk, softened butter, and powdered sugar until you have an icing consistency you like. Too runny, add sugar, too clumpy, add a splash of milk.

Once the icing is made and the biscuits are cooking, you will begin the sausage gravy.

For the Southern Sausage Gravy:

— salt and pepper to taste

The same principle applies here that we used when making the icing. First you will brown the sausage in the pan on medium-high heat. Add the butter and melt that down, then add the milk and whisk in the flour and pepper and salt. Turn the heat down to a simmer and let the gravy thicken. If it is not thickening, add flour. If it is too thick, add some milk.

Hopefully by the time the gravy is done, there will be a few minutes left on the biscuits. While you are waiting for that timer to tell you its chow time, go ahead and grab your cranberry juice, orange juice and champagne and make yourself a little cranberry mimosa. If you’re not big on the drinking, or you’re just not quite that age, throw in a little Sprite for some zest and bubbles.

When the biscuits are done, gather ye loved ones and the neighbors and host the best biscuit brunch of all time.

As the Maine Turnpike expects 1 million travelers alone over the Labor Day weekend, policymakers are gearing up for a sprint to solve one of the state’s most intractable problems: a long-standing — and growing — transportation funding gap.
Apex Weather END_OF_DOCUMENT_TOKEN_TO_BE_REPLACED

Low pressure will move towards the Northeast from a low pressure over the Ohio Valley/Pennsylvania region this evening with the primary low tracking into Québec tomorrow.
Campaign Corner END_OF_DOCUMENT_TOKEN_TO_BE_REPLACED

Tomorrow, Saturday, Nov. 3, 2018, U.S. Senator Angus King (I-Maine) will continue his Get Out the Vote initiative in Aroostook County.
Our Sponsors END_OF_DOCUMENT_TOKEN_TO_BE_REPLACED