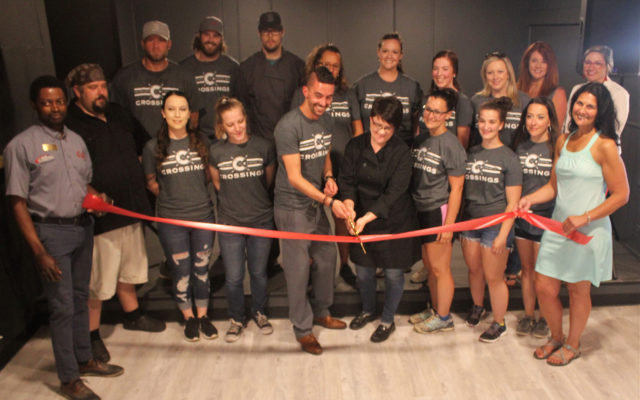 FORT KENT, Maine — The parking lot was packed when “Crossings,” a long-anticipated arrival on the Fort Kent nightlife scene, officially opened on Friday, July 5, at the site of the old Bee Jays Tavern.

Bee Jays closed last summer after serving the area for nearly half a century.

Dr. John Hotchkiss, a radiologist at Northern Maine Medical Center, vowed to breathe new life into the iconic tavern but also to maintain much of its history when he purchased the building last fall, and announced that he would open Crossings at the site. 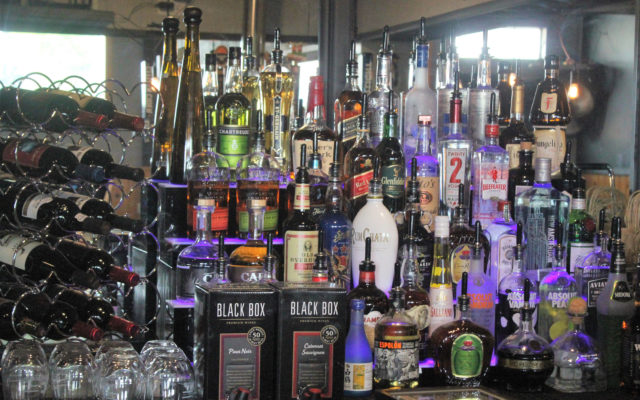 But for new name signage near the top of the structure, the exterior of Crossings very much resembles the old Bee Jays.

The interior is another story.

“We’ve added some things, like a power strip under the entire bar, as well as under-bar hooks for coats and purses. We’ve swapped out the red counter for a patterned gray countertop. And we’ve relocated the beer wall, which now houses 12 taps, and which we’re presently working to tune in just right. The ceiling is darker, the fluorescent lights are no more, and now we’re running with Edison bulbs and dimmable LEDs. We also reworked the stage and dance floor side a bit,” Hotchkiss said.

“It’s an honor to be joining the Fort Kent community fabric,” Hotchkiss said.

The business offers a wide variety of drinks including craft beers and cocktails with locally inspired names such as “wayons,” “marabous” and “grand menage.”

The business is also serving up a menu of unique foods.

“Jessica Belanger, our head chef, is the newfound brain and, in many ways, the soul behind Crossings. What started as my personal desire to consume some spare time and to chase down some rare cocktails has turned into a bona fide culinary expedition to bring some creative, new cuisine that has been cropping up across the U.S. to Fort Kent,” Hotchkiss said.

Among the food offerings at Crossings are charcuterie platters, paninis and flatbreads, which Hothckiss said will “make your mouth happy.”

Kasey Freston of Fort Kent, along with his wife Christina Freston attended the Crossings’ opening. 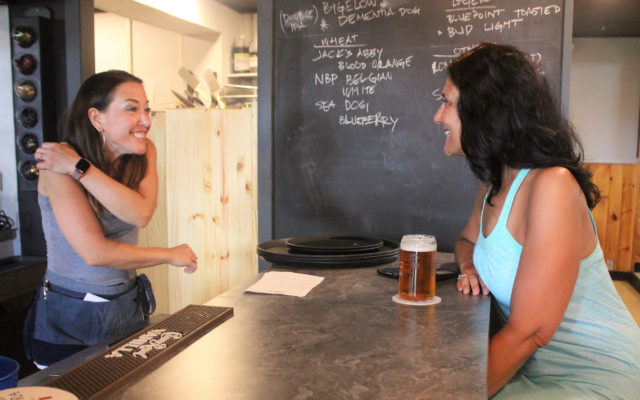 An employee and customer share a laugh during the grand opening of Crossings on Friday, July 5 in Fort Kent. (Jessica Potila)

“I enjoyed the diverse food and drink options as well as the phenomenal tasting menu items that we tried. The roasted Brussel sprouts and sausage and pesto flatbread were especially tasty. The next time we visited we sampled their delicious Reuben and Cuban paninis, which were fantastic,” Freston said. “Personally I had been to Bee Jays a couple of times and Crossings offers much more in regards to menu and drink options. In my opinion there isn’t anywhere in the area that compares to Crossings’ cocktail offerings.”

“I’ve traveled to many different places and Crossings’ cocktail and food options rival that of anywhere I’ve visited,” Freston added.

Crossings will ultimately offer musical entertainment in the form of live bands, deejays,  karaoke and open mic nights. There also will be trivia competitions and big screen televisions on which to watch sporting events.

Crossings will be open seven days a week 4-10 p.m. “Of course on busier nights we’ll stay open later — as late as we can legally be open,” Hothkiss said. “Ultimately the goal will be to be open during the lunch hour as well, and we’re working on setting things up to be sort of a cafe/bistro during the day. … We’re not quite there yet — still getting our feet wet.”

Only one member of Maine’s congressional delegation had come out in favor of impeaching President Donald Trump ahead of House Speaker Nancy Pelosi’s Tuesday announcement that the Democratic-led House of Representatives would begin an impeachment inquiry.
Apex Weather END_OF_DOCUMENT_TOKEN_TO_BE_REPLACED

A strong upper-ridge anchored off the Southeastern US coast will bring warmer and more humid than normal conditions to the Valley through the late week period.
Campaign Corner END_OF_DOCUMENT_TOKEN_TO_BE_REPLACED

Dale Crafts filed his nomination papers for Feb. 21 with the Secretary of State to officially be placed on the primary ballot on June 9, 2020, for the U.S. House of Representatives 2nd District race.
Our Sponsors END_OF_DOCUMENT_TOKEN_TO_BE_REPLACED