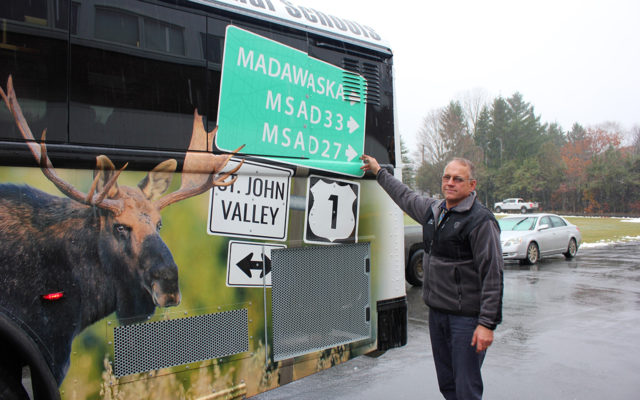 Valley Unified divided on sites, decides to narrow down to 11

Morgan Mitchell • June 29, 2019
After heated discussions over a motion to eliminate a majority of proposed sites on the basis of proximity to either Madawaska or Fort Kent, Valley Unified Site Selection Committee members voted down the motion, and reached a consensus to narrow down the options to 11 sites.

FRENCHVILLE, Maine — After heated discussions over a motion to eliminate a majority of proposed sites on the basis of proximity to either Madawaska or Fort Kent, Valley Unified Site Selection Committee members voted down the motion, and instead reached a consensus that the engineering firm would narrow down the options to 11 proposed sites.

Administrators and school board members from Madawaska School Department and SADs 27 and 33 in the Fort Kent and Frenchville areas have been working together for about three years now to combine resources and save money in an effort to address declining enrollments and rising costs in education.

In March, the Valley Unified board voted to select WBRC Architects and Engineers of Bangor upon recommendation by the Site Selection Committee of 17 after conducting a series of interviews.

During the May 14 meeting, Ray Bolduc from WBRC Architects/Engineers reviewed the site selection criteria matrix that each member of the Site Selection Committee will use to rate potential sites. With more than 40 sites to review, the criteria matrix took into account things such as impact on wetlands, drainage, adjacent land use, offsite, sidewalks, the site’s history, transportation miles, the lot size, high performance school site and safety.

The motion was preceded by a statement from Thomas Kent, a member of Valley Unified Board of Directors and of Madawaska School Committee, in which he said engineering firm WBRC needed to understand the “politics of the Valley.”

Kent added that members of the Site Selection Committee should be looking at the sites with the firm.

That was not, however, the general consensus for other members of the committee. Scott Voisine was among the nine to vote down the motion and one who thought taking groups to each of the sites to review architectural specifications was “ridiculous.”

“We’ve hired an organization that knows what they’re doing. The suggestion that they bring a group of us on every site to review it is quite honestly ridiculous in my opinion,” Voisine said. “To take away the options using an emotional motion, to me, is literally on the edge of being unethical, and I encourage everyone to vote down this motion.”

The committee voted on the motion, and it failed with four votes in favor and nine against.

After more discussion, the committee decided that the architectural firm would narrow the field of sites for further review to 11 that have been deemed “most suited” for construction and have had on-site reviews conducted, according to Peter Caron, coordinator of innovative practice and community outreach for the Valley Unified Regional Service Center.

Those 11 sites have not yet been identified or released. WBRC is slated to give an update on the sites at the next Site Selection Committee meeting at 4 p.m. on Tuesday, July 16, at Madawaska Middle High School Library.

Only one member of Maine’s congressional delegation had come out in favor of impeaching President Donald Trump ahead of House Speaker Nancy Pelosi’s Tuesday announcement that the Democratic-led House of Representatives would begin an impeachment inquiry.
Apex Weather END_OF_DOCUMENT_TOKEN_TO_BE_REPLACED

Dale Crafts filed his nomination papers for Feb. 21 with the Secretary of State to officially be placed on the primary ballot on June 9, 2020, for the U.S. House of Representatives 2nd District race.
Our Sponsors END_OF_DOCUMENT_TOKEN_TO_BE_REPLACED