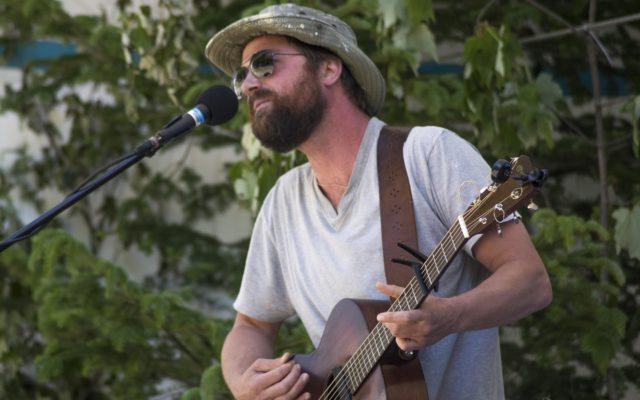 Chris Bouchard • June 28, 2019
The Arootsakoostik Music Festival will return to Thomas Park in New Sweden on Saturday, July 6, and is slated to feature music from 10 different acts.

NEW SWEDEN, Maine — The Arootsakoostik Music Festival will return to Thomas Park in New Sweden on Saturday, July 6, and is slated to feature music from 10 different acts.

“I am incredibly proud and excited about this year’s lineup,” said event organizer Travis Cyr. “Just as with years past, I try to present a wide array of old and new faces and several different genres.”
Cyr said Tricky Britches has been a part of the festival “almost since the beginning” and that they will be celebrating a 10 year anniversary at this year’s festival.

“Our old friend Dominic Lavoie will be back in the county showcasing his incredible new band,” Cyr continued, adding that “the lovely and talented Kenya Hall is a new face to county,” referring to her as “Maine’s very own queen of soul.”

He said Jaw Gems has been his “great white buffalo for years,” as up until this year he had been unable to book them. Now, he’s happy to announce that they will “bring their instrumental funky grooves to Thomas Park and it’s going to be great.”

Additionally, Cyr said the earthcraft stage in the woods will make a return and feature performances from Ash & Herb.”

Tickets are $25 and will be available at the gate on the day of the show when gates open at 11 a.m., however any kids under 12 accompanied by an adult will be admitted for free.

The music is set to begin at noon and will last until 8 p.m., and in addition, guests will be able to purchase food such as pizza, iced coffee, tacos, funnel cakes and more through various local vendors at the park.

Cyr urges those attending to drive slowly on the way to the site, to not bring a bad attitude or “things you shouldn’t bring,” to pick up any trash, and to respect the park and its neighbors, adding that guests are welcome to bring coolers, picnic materials, folding chairs, and blankets.

Cyr concluded that every iteration of Arootsakoostik has been special in its own way, and that he is “real excited about all the talented folks we’ve got coming to visit.” 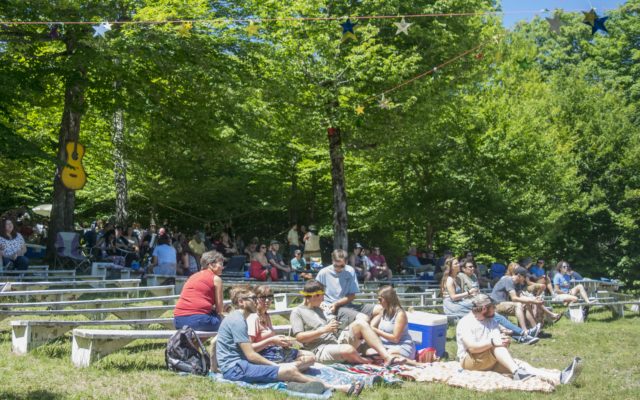 Hundreds attended the 2018 Arootsakoostik music festival, with many guests opting to sit in lawn chairs or on towels as opposed to the benches in Thomas Park. (File photo | Chris Bouchard)

As the Maine Turnpike expects 1 million travelers alone over the Labor Day weekend, policymakers are gearing up for a sprint to solve one of the state’s most intractable problems: a long-standing — and growing — transportation funding gap.
Apex Weather END_OF_DOCUMENT_TOKEN_TO_BE_REPLACED

Mostly cloudy skies will develop after midnight as a warm front moves across the area with some snow flurries possible overnight.
Our Sponsors END_OF_DOCUMENT_TOKEN_TO_BE_REPLACED