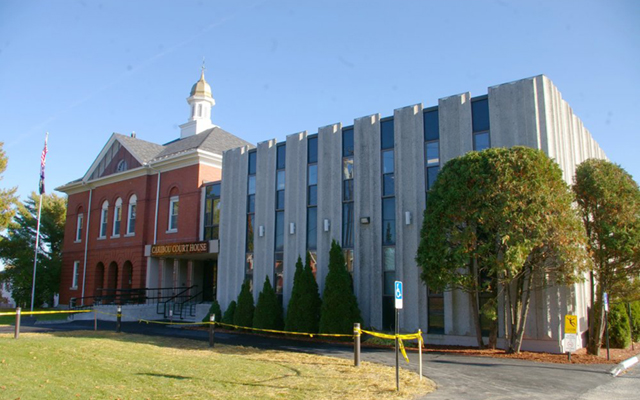 Jen Lynds, BDN Staff • June 20, 2019
A Houlton man was indicted on multiple charges by an Aroostook County grand jury after he drove the wrong way on Interstate 95.

CARIBOU, Maine — A Houlton man was indicted on multiple charges by an Aroostook County grand jury after he drove the wrong way on Interstate 95.

David Cram, 43, was indicted for eluding an officer, reckless conduct with a dangerous weapon, criminal operating a motor vehicle while under the influence, driving to endanger and operating beyond license conditions or restrictions.

According to court documents, Cram “did recklessly create a substantial risk of serious bodily injury to other motorists on I-95 with the use of a dangerous weapon, a vehicle.”

Troopers from the Bangor area shut down all northbound traffic in Medway as Duff tried to stop Cram. The trooper attempted to drive in front of the truck and deploy a spike mat, but that tactic was not successful, according to Harris.

Duff next got close enough to the vehicle near Island Falls to try a “pursuit intervention technique,” which involves the cruiser making contact in an attempt to cause the driver to lose control and stop.

Officers found Cram’s truck later in the evening on Route 11 in Ashland after it ran out of gas. Police located Cram a short time later and took him into custody without incident.

According to the indictment, Cram had been convicted of OUI once before, in April 2018.

Michael A. Vose, 34, Veazie, burglary of a dwelling, failure to give name, date of birth and address, theft of less than $500.

Michael B. Cullins, 27, Ludlow, felony violation of conditions of release.

Garret Brown, 50, Wytopitloc, aggravated criminal mischief, reckless conduct with a weapon (priors,) operating motor vehicle while under the influence, driving to endanger, operating without a license.

As the Maine Turnpike expects 1 million travelers alone over the Labor Day weekend, policymakers are gearing up for a sprint to solve one of the state’s most intractable problems: a long-standing — and growing — transportation funding gap.
Apex Weather END_OF_DOCUMENT_TOKEN_TO_BE_REPLACED

A cold front moved through the Valley early this morning, and it will be followed by an Arctic cold front this afternoon.
Campaign Corner END_OF_DOCUMENT_TOKEN_TO_BE_REPLACED

U.S. Senator Angus King (I-Maine) today visited with students at the University of Maine at Fort Kent (UMFK) to discuss his work in Maine and Washington and answer questions from students.
Our Sponsors END_OF_DOCUMENT_TOKEN_TO_BE_REPLACED