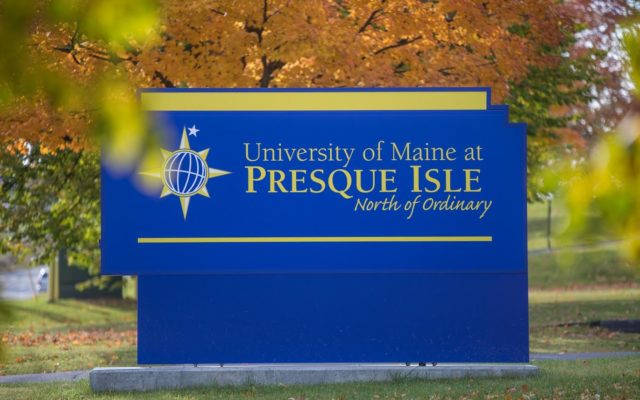 Contributed • June 17, 2019
One hundred and seventy-one students graduated from the University of Maine at Presque Isle during the 2018-2019 academic year.

PRESQUE ISLE, Maine — One hundred and seventy-one students graduated from the University of Maine at Presque Isle during the 2018-2019 academic year. President Ray Rice conferred degrees to 108 participants on May 11 during the university’s 110th commencement.

Eight of the 171 students are members of the Class of 2020, but were eligible to march, due to a new policy, as they anticipate completing their degrees by December 2019.

From even further afield was Yuhe Tian, Beijing, China.

From even further afield was Anna-Luise Messerschmidt, Potsdam, Germany.

From Quebec was Anna Saucier, Listuguj.

A cold/occluded front will approach from the Great Lakes today with showers likely this afternoon along with a chance for thunderstorms.
Campaign Corner END_OF_DOCUMENT_TOKEN_TO_BE_REPLACED

Dale Crafts filed his nomination papers for Feb. 21 with the Secretary of State to officially be placed on the primary ballot on June 9, 2020, for the U.S. House of Representatives 2nd District race.
Our Sponsors END_OF_DOCUMENT_TOKEN_TO_BE_REPLACED