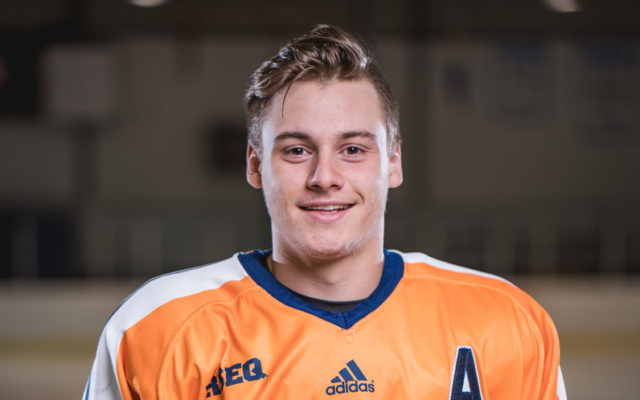 Tristan Gagnon commits to the Blizzard

Contributed • May 30, 2019
The Edmundston Blizzard announces that 20-year-old offensive forward Tristan Gagnon has committed to play.

Gagnon led the Cégep André-Laurendeau to the championship during the 2016-17 and 2017-18 campaigns. He is a right-handed player measuring 5’9 and weighing 165 pounds. He took part in two games in the QMJHL with the Sherbrooke Phoenix in 2016-17. At the conclusion of the final college season, he played in the Quebec AAA Junior Hockey League playoffs with the Granby Inook where he scored one goal in seven games.

The upper-level low pressure area that has been parked over southern New England will continue to stall there today into the overnight period then begin to open up and shift southeast into the Atlantic Thursday.
Campaign Corner END_OF_DOCUMENT_TOKEN_TO_BE_REPLACED

Dale Crafts filed his nomination papers for Feb. 21 with the Secretary of State to officially be placed on the primary ballot on June 9, 2020, for the U.S. House of Representatives 2nd District race.
Our Sponsors END_OF_DOCUMENT_TOKEN_TO_BE_REPLACED