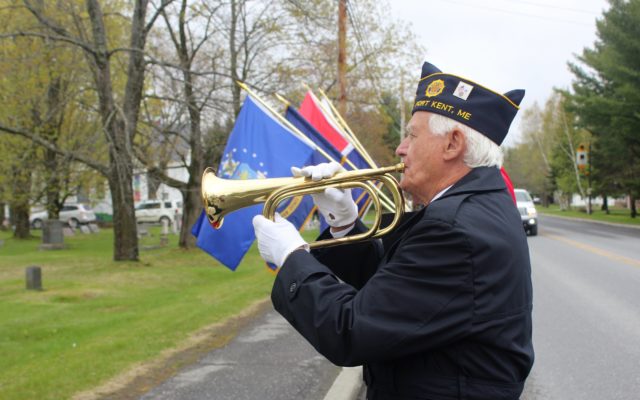 The Legionnaires visited nine cemeteries throughout the greater Fort Kent area on Sunday where they laid down wreaths to honor the fallen and Martin-Klein Commander Wayne Caron read from a memorial book honoring the servicemen and women buried at each site.

The Legionnaires also commemorated Memorial Day at two bridges in the area — the Soldier Pond Bridge and the Fish River Bridge.

Caron explained why the Legionnaires make such an effort to honor their deceased comrades each year.

Caron said he appreciated the professionalism and respect Picard demonstrated for the fallen veterans. Although he was positioned in the background directing traffic, Picard maintained a respectful solemnity during each event and held his hand on his heart during the playing of taps.

Caron said he also appreciated that Kim Rohn, a representative for Congressman Jared Golden, attended all of the local ceremonies and read a message from Golden at Protestant Cemetery in Fort Kent.

“I have had the privilege of serving alongside brave men and women who were willing to give the ultimate sacrifice so that we may be safe and free. On this day of remembrance, let us honor those who willingly gave their lives for our freedom, at a cost that can never be repaid,” Golden’s message read. “On this day let us also remember and thank the families of the fallen. We must care for them as though they are our own.”

Caron, who served in the Marine Corps 1967-1971 and then spent 16 years of service in the Army National Guard, said the Marine Corps League will honor World War II veterans from Mars Hill on up with a ceremony and meal at the St. Francis Community Center on Saturday, June 15. That event will take place at 11 a.m. and will be free to those who have served in any branch of the United States armed services. The cost of the meal will be $10 per person for civilians. All are invited to attend the event. 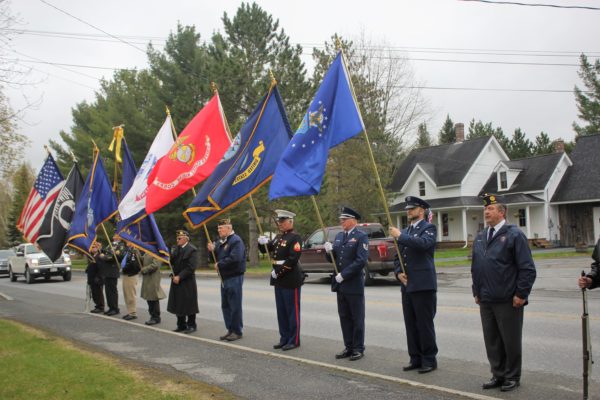 A warm front will approach the Valley today and cross the region this evening.
Campaign Corner END_OF_DOCUMENT_TOKEN_TO_BE_REPLACED

Dale Crafts filed his nomination papers for Feb. 21 with the Secretary of State to officially be placed on the primary ballot on June 9, 2020, for the U.S. House of Representatives 2nd District race.
Our Sponsors END_OF_DOCUMENT_TOKEN_TO_BE_REPLACED