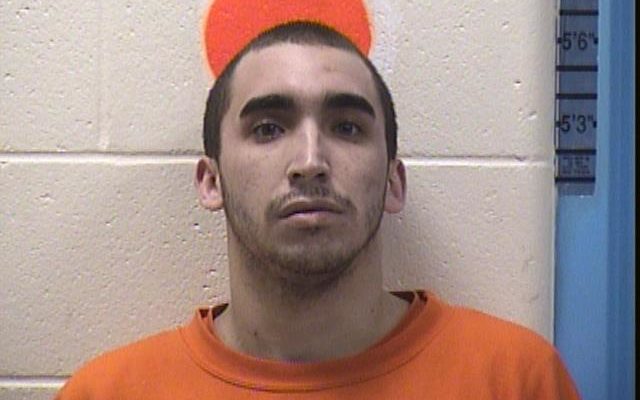 Jessica Potila, SJVT / FhF Staff Writer • May 13, 2019
Police arrested an Eagle Lake man on Friday, May 10 after he allegedly fired off a handgun during an argument at a Wallagrass home.

WALLAGRASS, Maine — Police arrested an Eagle Lake man on Friday, May 10 after he allegedly fired off a handgun during an argument at a Wallagrass home.

Trooper Matt Curtin of the Maine State Police responded just after 6 p.m. Friday to a caller’s report of a disturbance involving shots fired at 1792 Aroostook Road.

Brandon Ketchen, 22, fired off a single round from his .40-caliber Smith and Wesson handgun on the property of the Wallagrass residence during the argument, according to a press release the state police issued Monday.

Ketchen left the scene before Curtin arrived, but later turned himself in at the Fort Kent police station, where the trooper arrested and charged Ketchen with aggravated reckless conduct with a firearm, a Class B felony, and violation of conditions of release, a Class E crime. The release did not indicate what Ketchen had previously been charged with that led to the violation of his bail conditions.

Police collected evidence at the Wallagrass home and also seized as evidence a .40-caliber Smith and Wesson handgun from Ketchen when he was arrested.

Officers transported Ketchen to the Aroostook County Jail in Houlton.

As the Maine Turnpike expects 1 million travelers alone over the Labor Day weekend, policymakers are gearing up for a sprint to solve one of the state’s most intractable problems: a long-standing — and growing — transportation funding gap.
Apex Weather END_OF_DOCUMENT_TOKEN_TO_BE_REPLACED

A strong Arctic cold front will push into the region from the northwest tomorrow with a chance for some light snow across the region.
Our Sponsors END_OF_DOCUMENT_TOKEN_TO_BE_REPLACED