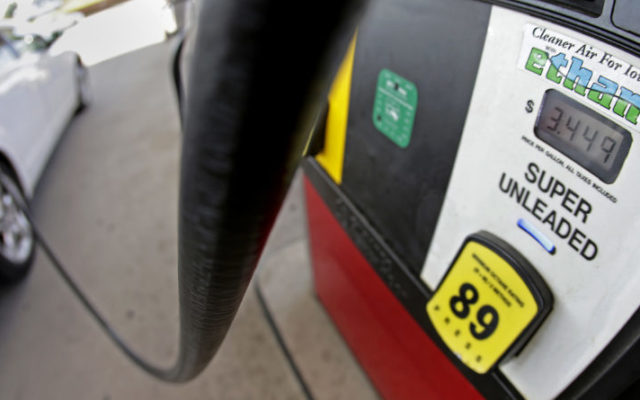 Michael Shepherd, BDN Staff • May 9, 2019
Most Democrats in the Maine House of Representatives reversed themselves on Thursday to uphold the first veto from Gov. Janet Mills, spiking a proposed ban on the sale of a blend of gasoline with more than 10 percent ethanol.

AUGUSTA, Maine — Most Democrats in the Maine House of Representatives reversed themselves on Thursday to uphold the first veto from Gov. Janet Mills, spiking a proposed ban on the sale of a blend of gasoline with more than 10 percent ethanol.

The Democratic-led House fell four votes shy of overriding the veto of a bill from Rep. Beth O’Connor, R-Berwick, aimed at banning the sale of a blend of 85 percent gasoline and 15 percent ethanol that is federally approved for use in vehicles with 2001 model years or newer.

That blend — known by the nickname of E15 — isn’t being sold in Maine now, but a group that lobbies for the ethanol industry told the Legislature that Cumberland Farms, a Massachusetts-based regional chain of convenience stores with more than 40 locations in Maine, is planning to introduce it. E10, a blend with up to 10 percent ethanol, represents 95 percent of gasoline sold in the country.

Ethanol, a grain-based alcohol, is controversial. Federal subsidies to increase consumption have been criticized by both environmental and libertarian groups. A 2007 study from Stanford University  found that a blend of fuel with 85 percent ethanol and 15 percent gasoline would reduce two types of carcinogens in air, but increase two others and lead to more smog.

O’Connor’s bill passed the Legislature without a roll-call vote in April, signifying wide support in both chambers. In her veto message, Mills cited a study ordered by former Gov. Paul LePage that found no “significant health effects” from higher-ethanol blends.

On Thursday, 50 House Democrats voted to back their party’s governor, withholding the two-thirds majorities in both chambers necessary to override the veto. Rep. Ralph Tucker, D-Brunswick, the chair of the Legislature’s environmental committee, said the veto was “in good faith, grounded in reason and not retaliatory or whimsical.”

O’Connor has led a crusade against ethanol during her time in the Legislature. LePage vetoed her 2015 bill to study fuel additives before issuing a 2016 executive order telling state agencies to look into the health effects of ethanol. This year’s bill was opposed by the ethanol industry and backed by the Maine Snowmobile Association, which said the higher-ethanol blend could render many older snowmobiles inoperable.

“This boondoggle needs to stop and it can begin here today,” O’Connor said on the floor.

Mostly cloudy skies are expected across Fort Kent today. Clouds will thicken this afternoon as an area of low pressure quickly moves east from the Great Lakes and crosses Maine tonight then heads into the Maritimes Thursday morning.
Our Sponsors END_OF_DOCUMENT_TOKEN_TO_BE_REPLACED