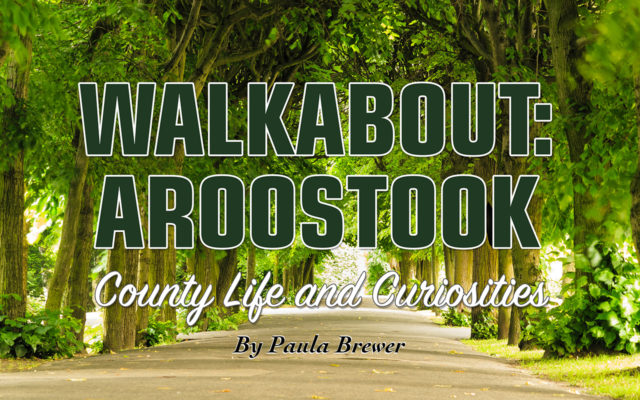 The spiders, that is.

Oddly enough, after the winter we’ve had, I was happy to see the first one dangling from its web in front of the kitchen window. Things are waking up, and as snow disappears and faint hints of green appear, it renews hope that we might see a new season after all.

Spiders and I have a chaotic history. Anyone who has been present when I’ve seen one of the eight-legged creatures remembers that moment; their ears still echo from the screams.

This stems from a childhood episode. I was on the floor one day, playing with our cat, when I glimpsed something black — and right there by my knee was the most monstrous spider I’d ever seen (probably all of about an inch in diameter, but when you’re a kid, that’s huge), which sent me leaping up into a hysterical screamfest.

The cat simply sat and looked up at me with a gold-eyed, deadpan stare, and I know she was saying, “Your behavior is most undignified. You are no cat.”

Then there was the time we were opening up the camp, and we found a large spider hiding out in the sink. I refused to go near the sink that whole weekend.

Not so long ago at work, one dropped suddenly from the ceiling and landed on my desk with an audible plop. I yelped and wheeled backward so fast my chair crashed against the file cabinet, which spurred the entire staff to come running, ready to smite my attacker.

Then there was the day when a large one scuttled across my kitchen floor. I grabbed the sponge mop and wielded it like a warrior would take to a mythical dragon, crying “Die!  Die!” as I slashed and slammed. The gory aftermath was — well, OK, barely visible, but I had vanquished the enemy.

This may have been overkill. Or maybe it was revenge.

I suffered a spider bite a few years ago to which I had such an allergic reaction that my left leg doubled in size and turned red and purple. Doctors couldn’t confirm it had been a northern recluse, but I have my theories.

Many experts say the best way to conquer your fear of something is to face it. So I’ve forced myself to look, really look, at spiders in their environments.

I’ve become amazed at their skill in weaving such intricate web structures. I’ve studied the various types and colors of spiders in the garden, and have reached the point where I’ll carefully transport them to safety so I don’t snag them with a spade. One summer, there was a type I’d never seen before, suspended in a sling of webbing between plants, greenish-patterned and about 2 1/2 inches in diameter. I was enthralled with this nocturnal creature, which as near as I could figure out was a wolf spider.

My phobia has evolved into a respectful fascination with arachnids in their natural surroundings. They’re fine.  I’m fine.

Until one crawls up my leg.

Paula Brewer is assistant editor at Northeast Publishing. She can be reached at pbrewer@bangordailynews.com or (207) 764-4471.