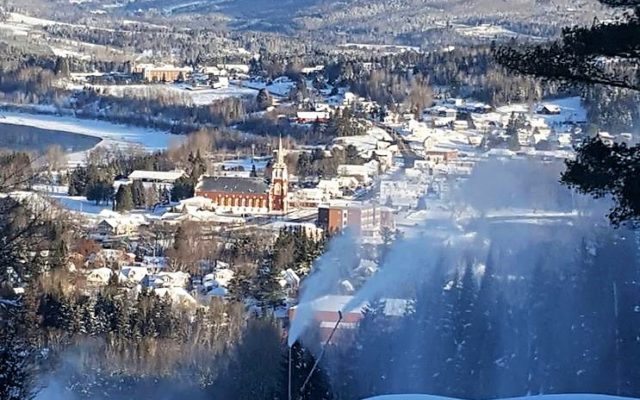 Jessica Potila, SJVT / FhF Staff Writer • April 23, 2019
A downtown parade, fireworks over the St. John River and a gigantic birthday cake are just a few of the events and activities members of the Fort Kent Sesquicentennial Committee are planning for a weeklong celebration of the town’s 150th anniversary.

FORT KENT, Maine — A downtown parade, fireworks over the St. John River and a gigantic birthday cake are just a few of the events and activities members of the Fort Kent Sesquicentennial Committee are planning for a weeklong celebration of the town’s 150th anniversary.

Fort Kent was incorporated as a town in 1869. A group of more than 20 volunteers formed the 150th committee to plan an August celebration of the birthday, according to the panel’s chairman, Kris Malmborg.

“We’re just a group of citizens in the community who are interested in having a great celebration for Fort Kent,” Malmborg said.

The celebratory activities are planned for Sunday, Aug. 4, to Saturday, Aug. 10, the week of the annual Fort Kent International Muskie Derby and Ploye Festival.

“We didn’t want people to have to choose between events, and people will already be getting together here in town,” Malmborg said.

The committee is planning the sesquicentennial events to complement, rather than detract from the Muskie Derby and Ploye Festival.

Some planned activities include a dodgeball tournament, cornhole tournament, and at least two nights of live musical entertainment, with the bands yet to be announced. A band will perform at the Riverside Park Lion’s pavilion on Friday, Aug. 9, following the annual cooking of the giant ploye by Bouchard’s family farms. A street dance with live music will take place on Main Street on Saturday, Aug. 10.

“We’re hoping to schedule a different event every day during the week,” Malmborg said. He added that the 150th committee members are still in the process of scheduling events for the sesquicentennial, so they have not yet formalized specific dates, times or locations for all of these activities.

To add to the excitement in town that week, the Aroostook County Fire Muster is scheduled in Fort Kent on Saturday, Aug. 10.

The committee so far has collected about $7,500 from the Town of Fort Kent to help fund the sesquicentennial and is seeking donations from businesses and members of the community to supplement that amount. Malmborg said the committee members aren’t yet sure how much in total they will need to fund the 150th anniversary activities.

For more information, or to volunteer, suggest activities or donate to the 150th committee, send an email to FortKent150years@gmail.com. A Facebook page with more information about the events will be forthcoming, Malmborg said.