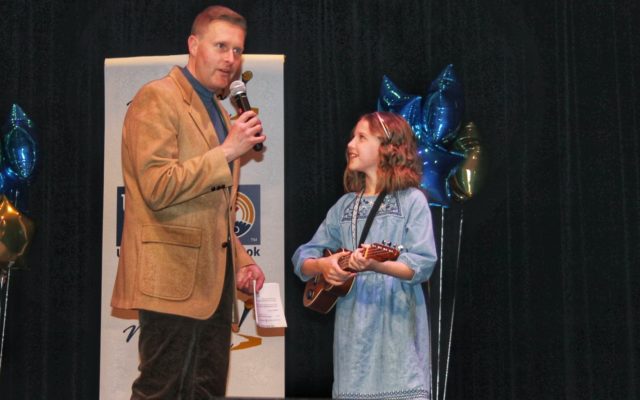 Morgan Mitchell • March 12, 2019
Performers from the St. John Valley kicked off the Northern Star talent competition in Fort Kent Friday night, where the audience and judges picked four contestants to move on to the final round later this month at the Caribou Performing Arts Center.

FORT KENT, Maine — Performers from the St. John Valley kicked off the Northern Star talent competition in Fort Kent Friday night, where the audience and judges picked four contestants to move on to the final round later this month at the Caribou Performing Arts Center.

Northern Star is a fundraiser that the United Way of Aroostook hosts, with the first round of the competition scheduled this past weekend in each of three County communities — Fort Kent, Presque Isle, and Houlton.

Fifteen contestants shared their talents with a packed house of 400 audience members on Friday in Fox Auditorium at the University of Maine at Fort Kent.  Both audience members and judges chose which performers move on to the finale in Caribou on March 24.

The four Valley residents who earned a spot in the finale as a result of their performances on Friday were Jennifer Raymond, Haidyn Saucier, Jenna Lynds, and Scott Pelletier.

One of the judges, Samantha Boutot, said Raymond, 36, was “meant for this” and said her performance showed every aspect of the art. Raymond dedicated the song she sang to her deceased parents.

Saucier, 10, sang the song “I Don’t Know My Name” while playing the ukulele. She said she was really happy to be going on.

“I felt really good about it and I feel really proud of myself,” Saucier said.

For her first year ever competing, Lynds, 21, sang the song, “Writing on the Wall,” and said she felt a little “shaky” during the performance but good afterward.

“I’m very surprised I am going on, it’s not what I expected whatsoever, so I am very happy,” Lynds said.

While it was Lynds’ first competition, Boutot said she saw a lot of growth in some of the returning contestants.

“There was so much talent, but seeing the growth in the talent was my favorite part of tonight,” she said.

After the competition was over, audience members took their tickets and wrote down their favorite artist for the two divisions. From there, the top two were chosen for the adult group and one for the junior division, for children 12 and under. After the audience voted, the judges came out for the results reveal and designated Scott Pelletier as their pick to go on to the competition in Caribou.

“We had three top picks we were looking at, and it’s funny because the people who we chose, were the ones chosen by the audience as well,” Boutot said.

The audience also had a hand in picking the judge they wanted to represent the Valley at the finale. Boutot won that vote.

“It’s very nerve-wracking, Boutot said. “Critiquing is hard to do. You always want to say the right thing. But over the years, it’s gotten easier. I always start with a positive and end with a positive.”

One or more competitors from the Fort Kent event may still have a chance to compete in the finale, as potential “wild card” picks, which United Way of Aroostook officials expected to determine this week. 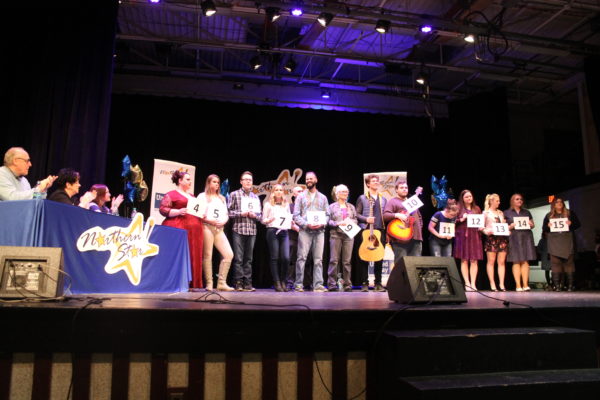 Contestants in the adult age group line up Friday night in the Fox Auditorium at the University of Maine Fort Kent to find out who the audience chose to move on to the Norther Star finals. (Morgan Mitchell | SJVT/FhF)

Only one member of Maine’s congressional delegation had come out in favor of impeaching President Donald Trump ahead of House Speaker Nancy Pelosi’s Tuesday announcement that the Democratic-led House of Representatives would begin an impeachment inquiry.
Apex Weather END_OF_DOCUMENT_TOKEN_TO_BE_REPLACED

Dale Crafts filed his nomination papers for Feb. 21 with the Secretary of State to officially be placed on the primary ballot on June 9, 2020, for the U.S. House of Representatives 2nd District race.
Our Sponsors END_OF_DOCUMENT_TOKEN_TO_BE_REPLACED