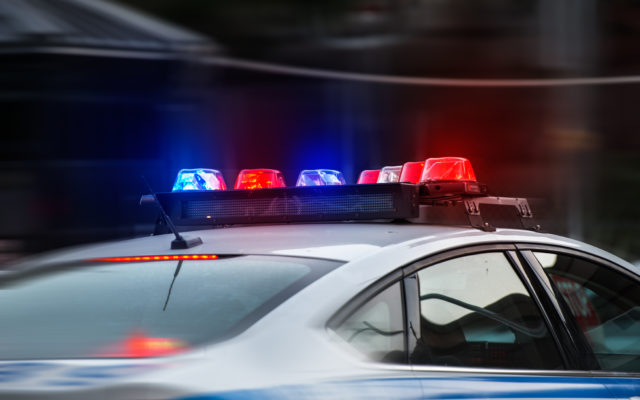 At 2 a.m. on Sunday, Maine State Police Trooper Matthew Curtin attempted to stop a vehicle for speeding on Route 161. Instead of pulling over to the side of the road, the driver of the vehicle, Joseph Hafford, 20,  drove in behind the former St. Francis School building before coming to a stop.

Following the traffic stop, Curtin determined that Hafford had been smoking marijuana, which Hafford allegedly attempted to dispose of before interacting with Curtin.  According to a police report, Curtin alleged he found Hafford in possession of methamphetamine and drug paraphernalia related to the use of methamphetamine.

Police impounded Hafford’s vehicle and discovered additional items of drug paraphernalia, according to the report.

Police arrested Hafford and transported him to the Fort Kent Police Department, where they charged Hafford with with felony possession of methamphetamine as well as use and possession of drug paraphernalia.

The upper-level low pressure area that has been parked over southern New England will continue to stall there today into the overnight period then begin to open up and shift southeast into the Atlantic Thursday.
Campaign Corner END_OF_DOCUMENT_TOKEN_TO_BE_REPLACED

Dale Crafts filed his nomination papers for Feb. 21 with the Secretary of State to officially be placed on the primary ballot on June 9, 2020, for the U.S. House of Representatives 2nd District race.
Our Sponsors END_OF_DOCUMENT_TOKEN_TO_BE_REPLACED