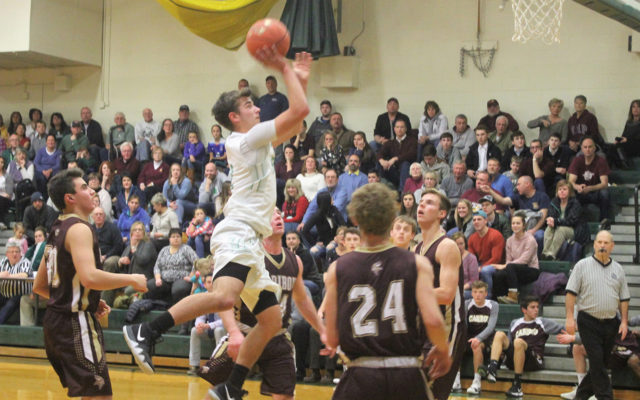 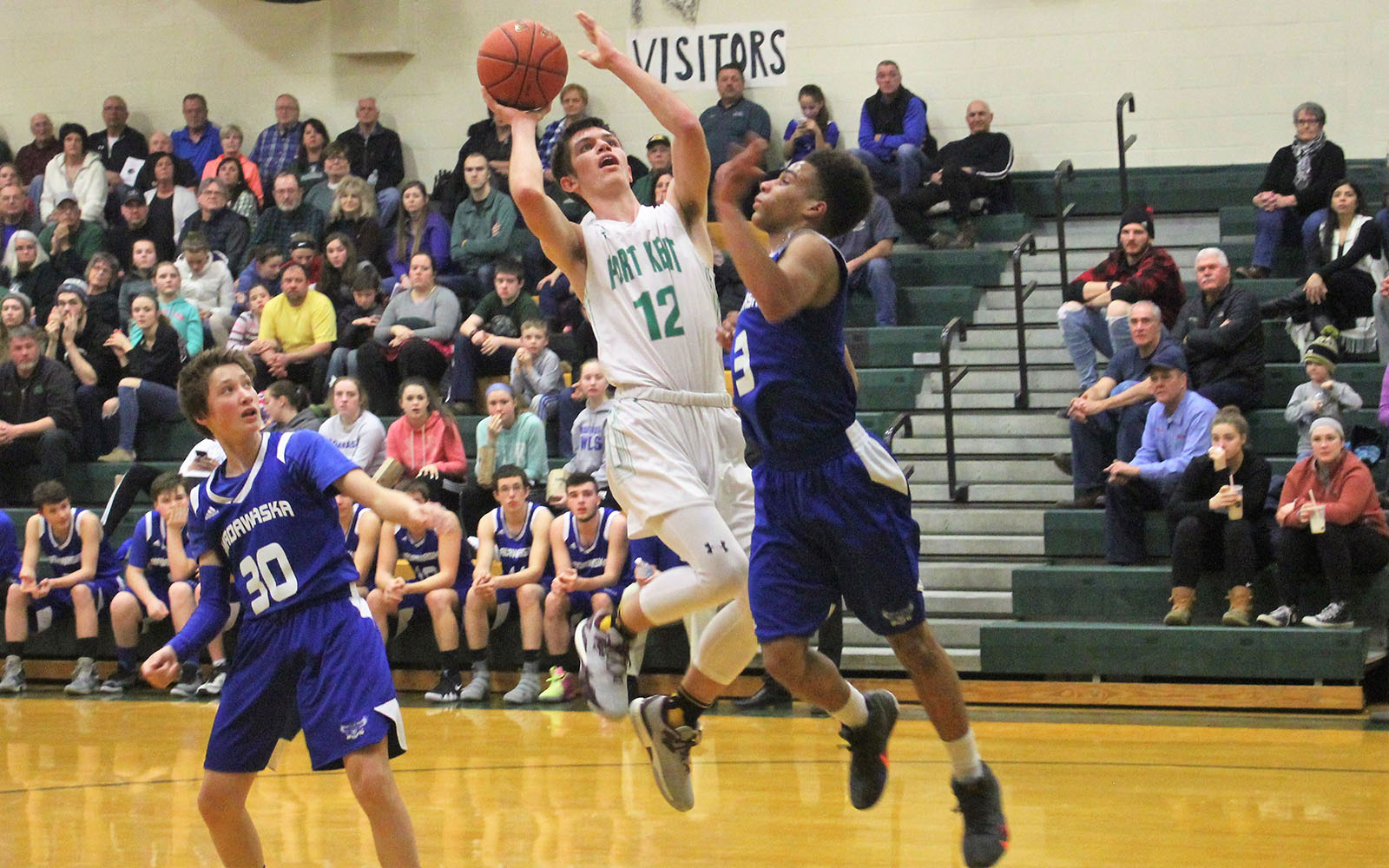 Senior Caleb Delisle of Fort Kent Community High School heads to the basket for a scoring chance in a Feb. 4 game against Madawaska. Delisle and the Warriors will host Calais in a Class C North prelim Wednesday, Feb. 13. (Jessica Potila)

“This regular season had its ups and downs. We had to go through a lot of adversity within the season to really be able to reach our true potential,” head Coach Derrick Cooper said a couple of day before the game. “Three out of four losses were decided by 3 points or less. Our boys have showed great individual improvement and have used those improvements to better the team as a whole.”

The sixth seeded Warriors (14-4) enter the playoffs coming off two strong wins against top seeded Class C North team Central Aroostook and Woodland, the top seeded Class D team that was undefeated until the Warriors got ahold of them at the end of regular season play.

“I feel that the boys are peaking at the right point,” said Cooper. “Getting key wins versus the number one teams in Class C and Class D at the end of the season were key victories for our team to continue to believe we can achieve great things this year.”

The 3:30 p.m. prelim game marks the first encounter this year between Fort Kent, which has home court advantage, and No. 11 ranked Calais (6-12).

“Even though we don’t play Calais during the regular season, we are confident we can instill our gameplan on any opponent we face,” Cooper said. “We do have access to film on our opponent and the coaches will do their best to analyze that film and set out a plan for Warrior success.” 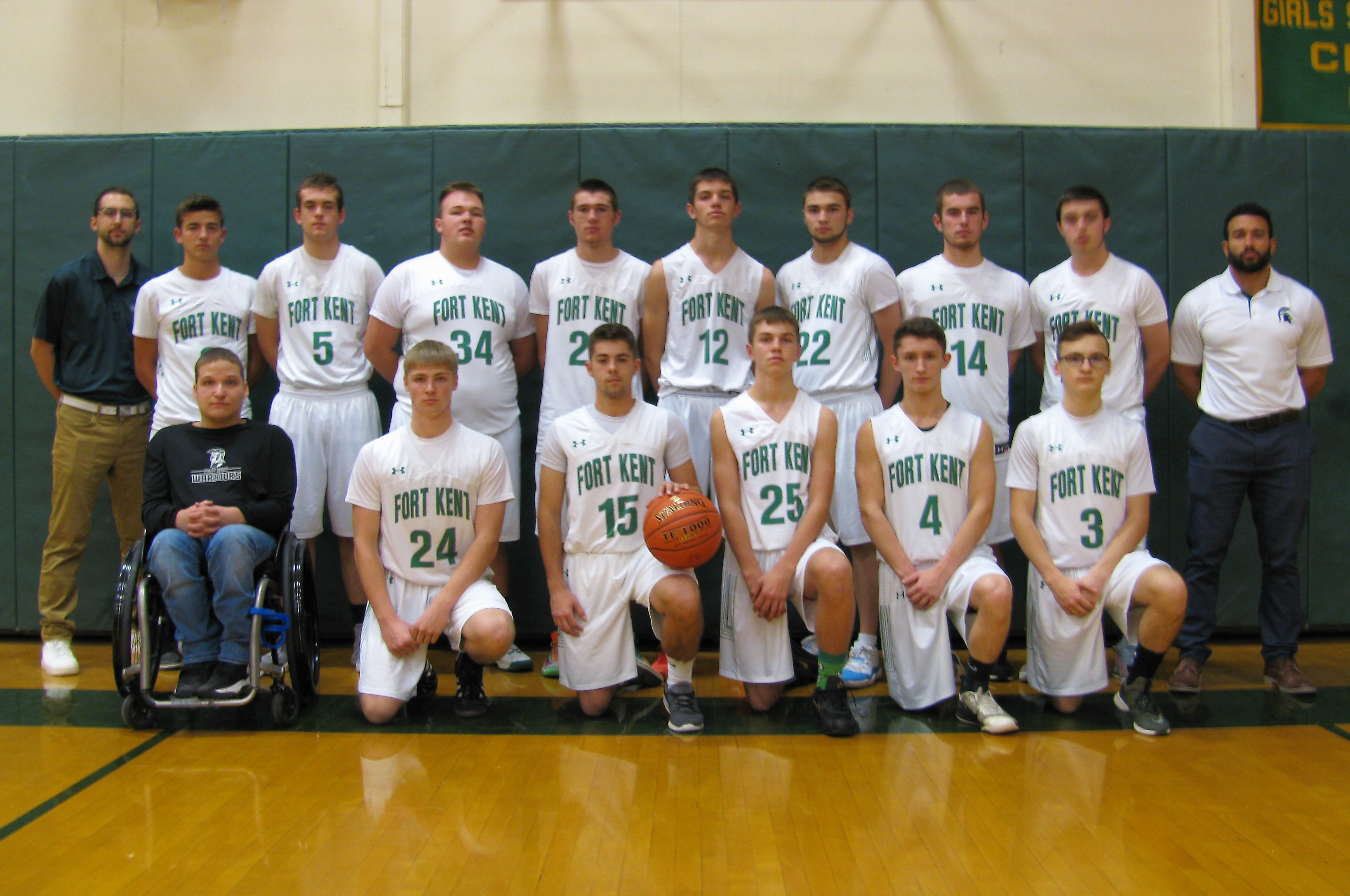 That plan includes another trip to the state basketball tournament in Bangor.

“We don’t dwell, but definintely don’t forget losing in the semi-finals of the Class C North tournament last season,” Cooper said. “The boys are excited to start this postseason and work hard to achieve our goals we set out at the beginning of the season.”

At the start of the season Cooper said those goals were to make it to the postseason and to play all of their games “as a solid unit while implementing our game plan” and “keeping our composure in crucial situations.”

The winner of the Fort Kent versus Calais matchup will take on either No. 3 George Stevens Academy of Blue Hill or No. 14 Central of East Corinth in the quarterfinals on Tuesday, Feb. 19.

The upper-level low pressure area that has been parked over southern New England will continue to stall there today into the overnight period then begin to open up and shift southeast into the Atlantic Thursday.
Campaign Corner END_OF_DOCUMENT_TOKEN_TO_BE_REPLACED

Dale Crafts filed his nomination papers for Feb. 21 with the Secretary of State to officially be placed on the primary ballot on June 9, 2020, for the U.S. House of Representatives 2nd District race.
Our Sponsors END_OF_DOCUMENT_TOKEN_TO_BE_REPLACED