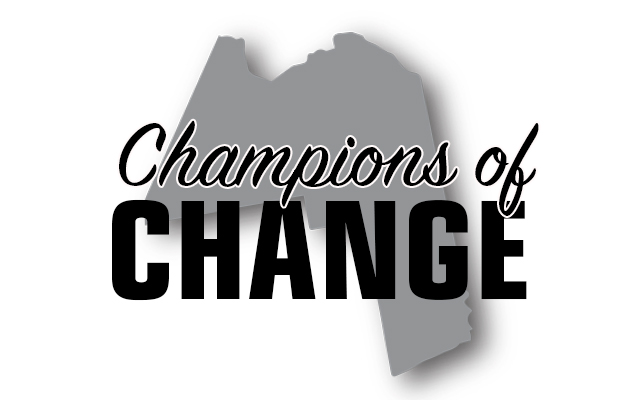 It came at night, Part I

Monica Jerkins, Aroostook County Action Program • February 10, 2019
As the skies darkened over the little Puerto Rican island of Vieques in September of 2017, Adry and her husband Jesus hunkered down with their two young children in a small middle room of their family home to wait.

As the skies darkened over the little Puerto Rican island of Vieques in September of 2017, Adry and her husband Jesus hunkered down with their two young children in a small middle room of their family home to wait. Hurricane Maria was headed straight for the little island community of 9,000 people and everyone knew that meant some may not survive the night. Adry fed her children Benadryl to help them sleep through what was coming so they wouldn’t be scared.

“It came in at night and lasted all night to morning. It was a monster,” said Adry nearly a year later.

Now, Adry can safely reflect on the disaster that turned out to be the precipice to bringing her family to a new beginning in Aroostook County.

Vieques, a tiny island, just to the east of Puerto Rico, was the first place to be hit by the hurricanes – first in a brush with Hurricane Irma, and then, just a short number of days later, in a direct hit from Maria. The latter storm destroyed everything on the island, cutting off any communications, transportation, electricity, water, medical, or food supplies the community received from the nearby big island that suffered as much catastrophic damage to its own infrastructures during the event.

Fortunately, the family home where Adry, Jesus and the children sought shelter was concrete. Any wooden structure on the island did not survive the winds, and even parts of their concrete home collapsed around them as they worked through the night to keep the water from flooding into the small space where they huddled together. They lost power early on, before even the worst of the storm had passed overhead. So for hours throughout the night, they listened in the dark as roofs blew off buildings, trees uprooted, and the wind tossed cars like they were plastic toys.

“It was traumatic for the kids. The storm, it sounded like a monster. It felt like an earthquake and moved the whole house. It even broke the floor. We boarded the windows to avoid objects flying in the air. We knew it stopped when we could no longer hear the wind,” said Adry.

Perhaps the only thing worse than the wind, however, was the eerie chaos greeting them with the sunrise. All the usual happy sounds of daybreak on the island replaced with a deafening silence.

“It was like a nuclear bomb had gone off,” said Adry, recalling the scene as they emerged from their crumbled home in the morning. “Everything was gone – the trees, the grass, the earth, everything on the island. Sand and water were everywhere. It destroyed everything.”

Buildings and shipping docks and boats and cars – all gone. As were the humble jobs that, just the day before, fed and housed their family. Jesus worked in construction, and Adry worked as a teller in a bank. With their home and most belongings (including photos, identification papers, etc.) destroyed, no jobs, and thrust from having something to having nothing, Adry and Jesus had decisions to make, but all of that would have to wait, because for the time being, they were trapped on an island with several thousand other people facing the same dire situation and no help in immediate sight.

In “It Came at Night” Part II, Adry and Jesus endure months on the island, but eventually make it to the mainland, following a path that will lead them to Aroostook County.

High pressure over western Québec will build into the Valley today and center over the region tonight. The ridge will move east of the region tomorrow with a low pressure area approaching from the west with a cold front.
Our Sponsors END_OF_DOCUMENT_TOKEN_TO_BE_REPLACED