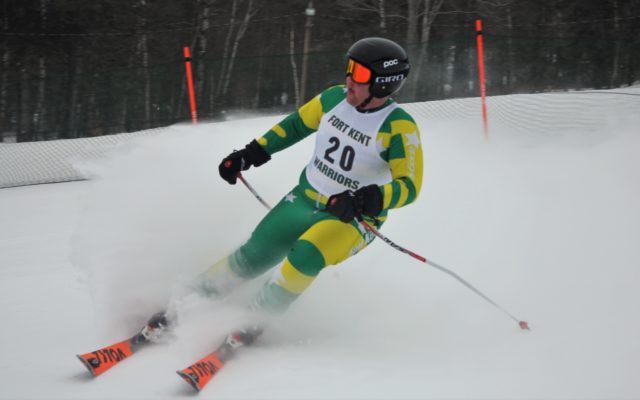 The Warriors competed in slalom and giant slalom races against teams from Central Aroostook, Presque Isle and Caribou.

The Caribou Vikings boys team took second in all of the races. The Presque Isle girls team was second in all races as well, with the exception of the afternoon slalom, during which they placed third and Caribou took second.

In the boys first morning giant slalom race, Warrior Bryce Madore topped the leaderboard with a 1:45.96 finish between two course runs, followed by his teammate Ian Levesque with a time of 1:46.86. Tiernan Barbosa of Caribou finished in third, 1:47.86.

The upper-level low pressure area that has been parked over southern New England will continue to stall there today into the overnight period then begin to open up and shift southeast into the Atlantic Thursday.
Campaign Corner END_OF_DOCUMENT_TOKEN_TO_BE_REPLACED

Dale Crafts filed his nomination papers for Feb. 21 with the Secretary of State to officially be placed on the primary ballot on June 9, 2020, for the U.S. House of Representatives 2nd District race.
Our Sponsors END_OF_DOCUMENT_TOKEN_TO_BE_REPLACED