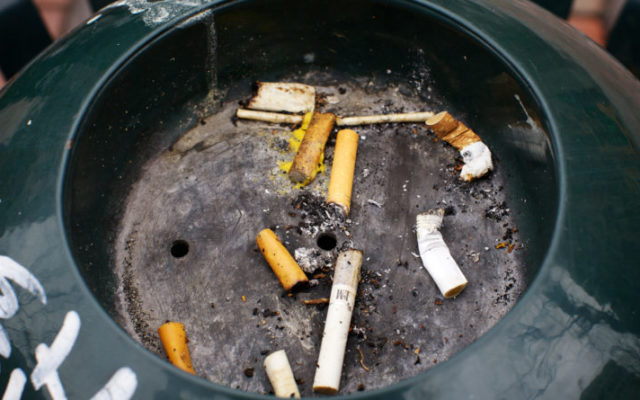 Maine gets an ‘F’ for anti-smoking spending

Jackie Farwell, BDN Staff • January 31, 2019
Maine is failing to fund programs proven to reduce death and disease caused by tobacco, despite receiving tens of millions of dollars a year to fight smoking, a new report finds.

Maine is failing to fund programs proven to reduce death and disease caused by tobacco, despite receiving tens of millions of dollars a year to fight smoking, a new report finds.

The state receives roughly $46 million a year from tobacco companies as the result of a landmark 1998 legal settlement. But in fiscal year 2019, Maine spent less than $5 million of it on tobacco prevention and cessation programs, the smallest amount ever. Maine spent another $1.5 million in federal funds on those programs.

Overall, Maine is spending $2.5 million less compared with the previous two-year state budget, and about 40 percent of how much the U.S. Centers for Disease Control and Prevention recommends, according to the American Lung Association’s State of Tobacco Control report released Wednesday.

The report assigned Maine, and 43 other states, a failing grade for anti-tobacco spending. Not a single state is funding tobacco prevention efforts at the federally recommended level.

Maine and other states have increasingly turned to the settlement money to plug budget holes, with Maine using more than half of those dollars annually to cover bills in the Medicaid program.

Maine also collects revenue from its $2-per-pack tax on cigarettes, but it hasn’t raised the tax since 2005, and the tax does not apply to all tobacco products, such as cigars. Maine earned a D grade for its tobacco tax policies.

But the report also cited bright spots, with Maine winning the most A grades in the Northeast for other anti-tobacco measures. Maine earned “A’s” for its smoke-free air policies, for Medicaid and other coverage for medication and counseling to help people quit smoking, and for raising the minimum age to buy tobacco products to 21.

The lung association called on Maine lawmakers to restore funding for tobacco prevention programs to reach the CDC-recommended level, raise the cigarette tax by at least $1.50 per pack and apply it to all tobacco products, and prohibit flavors in tobacco products, which are known to appeal to teenagers.

Nationally, the report found that the federal government is failing to protect kids from e-cigarettes and “a lifetime of addiction to tobacco and its associated death and disease.” Use of e-cigarettes among American high school students skyrocketed by “a dramatic and extremely troubling” 78 percent from 2017 to 2018, the report said.

The U.S. Food and Drug Administration announced in November several planned steps to reduce use of e-cigarettes among youth. But its proposed sales restrictions fall short, failing to apply to mint and menthol flavors that are popular among teenagers, the report said.

Smoking leads to an average of 2,390 preventable deaths in Maine each year, according to the report.

“The report provides a roadmap on how to save lives, but without increased prevention and control program funding and increased tobacco taxes, the lives of Mainers will continue to be at risk for tobacco related death and disease,” said Lance Boucher, senior division director of state public policy for the American Lung Association in Maine.

The upper-level low pressure area that has been parked over southern New England will continue to stall there today into the overnight period then begin to open up and shift southeast into the Atlantic Thursday.
Campaign Corner END_OF_DOCUMENT_TOKEN_TO_BE_REPLACED

Dale Crafts filed his nomination papers for Feb. 21 with the Secretary of State to officially be placed on the primary ballot on June 9, 2020, for the U.S. House of Representatives 2nd District race.
Our Sponsors END_OF_DOCUMENT_TOKEN_TO_BE_REPLACED