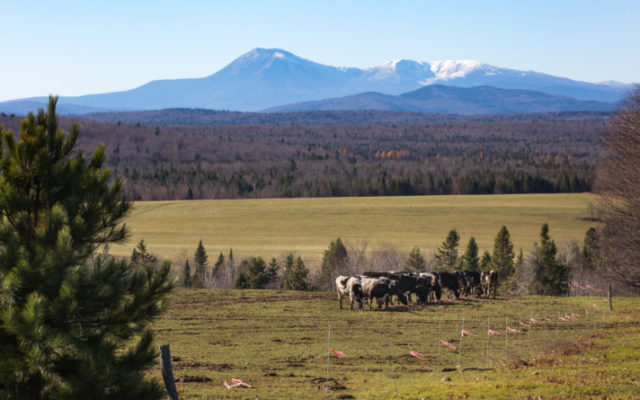 Cathy Johnson, Special to the Fiddlehead Focus • January 28, 2019
With few places in the world still relatively untouched by development, Maine’s 10.5 million acres of North Woods are a disappearing resource.

With few places in the world still relatively untouched by development, Maine’s 10.5 million acres of North Woods are a disappearing resource. These woods rejuvenate us: They provide opportunities for hunting, fishing and recreation, and serve as vital habitat for plants and animals.

That is why people across the state, including the Natural Resources Council of Maine, oppose a harmful proposal by the Land Use Planning Commission that would allow sprawling development on more than 1.3 million acres of Maine’s North Woods by changing the “adjacency principle.”

The commission’s proposed changes to the “adjacency principle” would be the biggest change in Maine’s North Woods in decades, potentially draining investments away from existing communities and causing increased sprawl in Maine’s unique, iconic forested landscape.

Since the 1970s, most residential subdivisions and commercial development in Maine’s Unorganized Territory have taken place within one road mile of existing development, as required by the existing adjacency principle. New development has had to be of a “similar type, use, occupancy, scale, or intensity.”

The commission proposes to eliminate the requirement for similar types of development within one mile by road. Instead, the damaging proposal targets all public roads up to seven miles outside the boundaries of 41 so-called rural hubs for commercial, industrial or residential subdivision development. Approximately 80 miles targeted for new development are along state or federally designated scenic byways.

Altogether, 1.3 million acres across Maine’s treasured western, northern and eastern forests would be vulnerable as “development locations” for subdivisions; 800,000 of those acres would be available for commercial development.

Sprawling residential subdivisions and some types of commercial development would also be allowed on an unknown number of 1,100 lakes that are dispersed throughout the North Woods. These remote lakes are where Maine people and visitors go to fish, paddle, camp and get away from it all.

The rules propose complicated criteria for determining which of these lakes could be developed, but the agency does not have the data to say how many or which lakes would be at risk.

There has been overwhelming public opposition to this proposal both at hearings and in written comments. More than 95 percent of the written comments expressed opposition. At two public hearings, the vast majority of those who testified voiced opposition and questioned why these changes are needed.

The answer is, they are not.

At a recent public hearing, a registered Maine Guide noted: “allowing large-lot subdivisions for ‘trophy homes’ would be particularly harmful because they needlessly spread development all across the forest, destroying wildlife habitat.” He ended by saying “Do not destroy what makes Maine great.”

One Millinocket resident said: “[T]he most egregious result of development in the [unorganized townships] would be the loss of tax dollars to our struggling communities. [We currently have] communities with an abundance of housing stock, empty buildings for small businesses, and unoccupied industrial parks.”

The only winners of this proposal would be the large forestland owners who would get a windfall increase in the book value of their lands — because some of their lands would become newly developable if the proposal were to pass.

The current rules are not perfect, but the proposal moves in the wrong direction. The commission’s 2010 comprehensive plan noted, there is a need to “substantially strengthen” the existing adjacency rules.

But this proposal would weaken, not strengthen the existing adjacency rules.

The commission should work with the communities near the unorganized townships to guide future development into those communities. This would breathe new life including residents, businesses, tax revenue and students into those towns. It would avoid sprawl across the landscape. And the forests and waters that Maine people love could remain undeveloped and available for forestry and recreation. These two objectives go hand-in-hand.

If the state were to adopt the proposed rules, commercial and residential sprawl would spread throughout Maine’s forests, destroying one of the state’s most spectacular natural assets.

Cathy Johnson is Forests and Wildlife Project director at the Natural Resources Council of Maine.

The upper-level low pressure area that has been parked over southern New England will continue to stall there today into the overnight period then begin to open up and shift southeast into the Atlantic Thursday.
Campaign Corner END_OF_DOCUMENT_TOKEN_TO_BE_REPLACED

Dale Crafts filed his nomination papers for Feb. 21 with the Secretary of State to officially be placed on the primary ballot on June 9, 2020, for the U.S. House of Representatives 2nd District race.
Our Sponsors END_OF_DOCUMENT_TOKEN_TO_BE_REPLACED