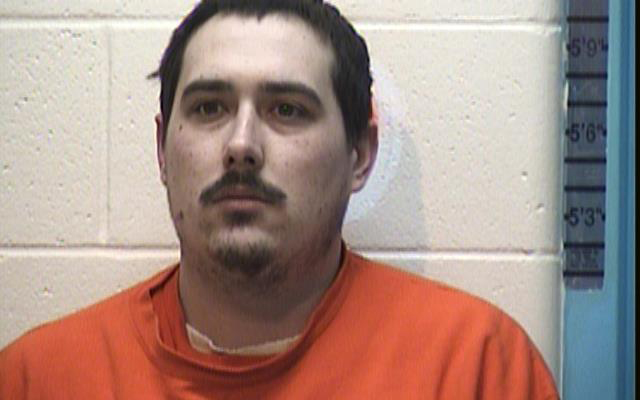 FORT KENT, Maine — A man police sought for questioning regarding a December burglary at Doris’ Cafe in Fort Kent now is facing multiple charges in both Fort Kent and Presque Isle.

Sometime between the late afternoon of Saturday, Dec. 22, and morning of Sunday, Dec. 23, someone forcibly gained entry to Doris’ Cafe, caused damage to a cash register, and stole an undisclosed amount of money, according to Fort Kent Police Chief Tom Pelletier.

Soon after the crime, police announced they were looking for Joseph Simms, 29, a former employee of the cafe, and his girlfriend, Stephanie Mahoney, 24, for questioning.

Presque Isle police served the warrant on Simms that very day when they located him at a residence at 36 Oak St. in the city where they were executing a search warrant in an unrelated matter. Officer there searched the Oak St. residence for stolen merchandise along with suspects in two recent thefts in that community.

In addition to arresting Simms on the FKPD warrant, Presque Isle police charged him with theft for allegedly stealing from several businesses in the city, according to PIPD Chief Laurie Kelly.

Pelletier said Fort Kent police have not charged Mahoney at this time, but that his department continues to investigate the burglary at Doris’ Cafe.

Police transported Simms to the Aroostook County Jail in Houlton where he remained as of Wednesday, Jan. 23.

The upper-level low pressure area that has been parked over southern New England will continue to stall there today into the overnight period then begin to open up and shift southeast into the Atlantic Thursday.
Campaign Corner END_OF_DOCUMENT_TOKEN_TO_BE_REPLACED

Dale Crafts filed his nomination papers for Feb. 21 with the Secretary of State to officially be placed on the primary ballot on June 9, 2020, for the U.S. House of Representatives 2nd District race.
Our Sponsors END_OF_DOCUMENT_TOKEN_TO_BE_REPLACED