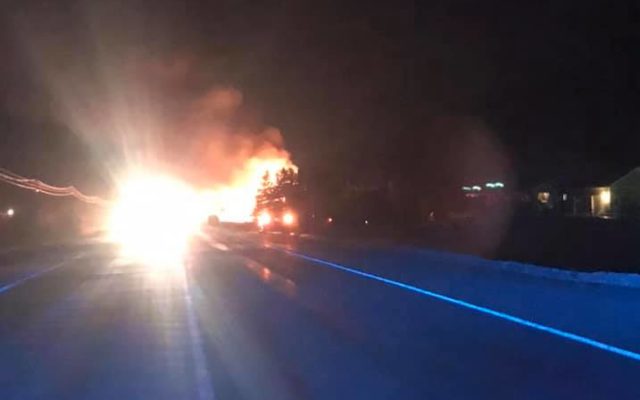 Jennifer Michaud II • December 27, 2018
A Van Buren man lost all of his belongings when fire destroyed the home he was living in on Wednesday evening.

VAN BUREN, Maine — A Van Buren man lost all of his belongings when fire destroyed the home he was living in on Wednesday evening.

“With sub zero temperatures, the house was engulfed in heavy black and grey smoke and flashed over minutes after” firefighters arrived at the residence located at 1007 West Main Street shortly before 8:30 p.m., Fire Chief Brian Caron reported on the Van Buren Fire Department Facebook page on Thursday. 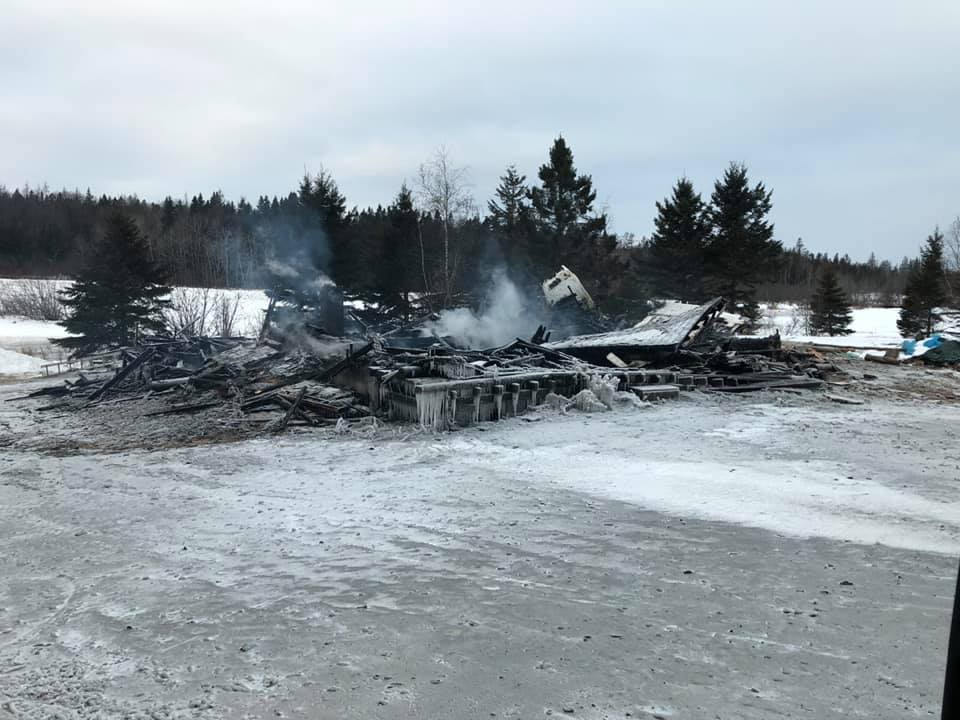 These smoking remnants are all that remain Thursday following a house fire the previous night at 1007 West Main Street in Van Buren. (Courtesy of Van Buren Fire Department)

He declared the  house owned by Bob Streck “a total loss.”

The sole occupant of the single family dwelling, Steve Morin, managed to escape from the burning home, but members of the Van Buren Ambulance service transported him to Cary Medical Center in Caribou to be treated for smoke inhalation, Caron reported. Morin did not need to be admitted, the chief added.

Firefighters have not yet determined the cause of the fire but the state fire marshal’s office will be examining the remnants.

In his post, the chief also thanked members of the area fire departments and other agencies who provided mutual aid or otherwise assisted at the scene, including firefighters from St. Leonard, New Brunswick, and Grand Isle, and members of the local police, ambulance and utilities services, as well as U.S. Border Patrol agents and workers from the Maine Department of Transportation.

As the Maine Turnpike expects 1 million travelers alone over the Labor Day weekend, policymakers are gearing up for a sprint to solve one of the state’s most intractable problems: a long-standing — and growing — transportation funding gap.
Apex Weather END_OF_DOCUMENT_TOKEN_TO_BE_REPLACED

The Valley will receive an inch or less of accumulation from Thursday's system based on current forecast model data.
Our Sponsors END_OF_DOCUMENT_TOKEN_TO_BE_REPLACED