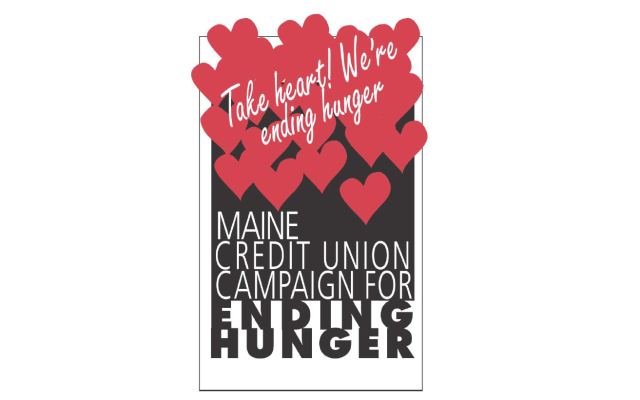 UCU steps up for Ending Hunger on Campus in Maine

Contributed • December 10, 2018
For a second consecutive year, University Credit Union’s Ending Hunger on Campus in Maine campaign is rallying support for the growing number of food pantries on Maine’s university campuses, as the nation contends with an epidemic of food insecurity among students.

ORONO, Maine — For a second consecutive year, University Credit Union’s Ending Hunger on Campus in Maine campaign is rallying support for the growing number of food pantries on Maine’s university campuses, as the nation contends with an epidemic of food insecurity among students.

According to a first-of-its-kind survey by Temple University and the Wisconsin HOPE Lab released last year, as many as half of Americans experienced food insecurity while pursuing a college degree. While the total need in Maine is not definitively known, Maine is the most food insecure state in New England and the seventh-most insecure in the country, according to the U.S. Department of Agriculture.

Student-organized and campus-sanctioned food pantries have become an increasingly popular way to provide direct support to students in need, but insufficient funding continues to be the most common challenge faced by campus food pantries, according to a recent report from The Hope Center at Temple University.

From November 26 through December 31, UCU will match donations to the campaign dollar-for-dollar up to a total of $25,000. Anyone can donate online through UCU’s website, or by stopping by or mailing a check to any UCU branch. Donors may elect to specify a campus food pantry of their choosing; any donations not designated as such will be distributed to the eight pantries. For more information, visit www.ucu.maine.edu/endinghungeroncampus/.

“I’m heartened by the progress that’s been made in just the past year to bring attention to student food insecurity and to do something about it,” said Matthew Walsh, President and CEO of University Credit Union. “Every dollar raised will help ensure Maine students never have to choose between their education and food.”

UCU created the Ending Hunger on Campus in Maine campaign in 2017 to bring attention to student food insecurity in Maine and to recognize student food pantries for tackling the problem head-on. New this year, UCU has added three new campus food pantries to the Campaign, bringing the total number to eight pantries serving each University of Maine System campus.

— The Black Bear Exchange at the University of Maine in Orono; assists 20 people per week

— Thrifty Beaver Co-op at the University of Maine at Farmington; assists 15 people per week

— Bengal’s Outreach Food Pantry at the University of Maine at Fort Kent; assists 25 people per month

— UMPI Emergency Food Pantry at the University of Maine at Presque Isle; assists 30 per week

— The Well at the University of Southern Maine; assists 20 people per day

— UMA Community Cupboard at University of Maine at Augusta; assists 15-20 people per week

— Food for Thought at UMA Bangor; assists 20 people per week

— UMM F.O.O.D Club at University of Maine at Machias; assists 30-75 people per week

A warm front will approach the Valley today and cross the region this evening.
Campaign Corner END_OF_DOCUMENT_TOKEN_TO_BE_REPLACED

Dale Crafts filed his nomination papers for Feb. 21 with the Secretary of State to officially be placed on the primary ballot on June 9, 2020, for the U.S. House of Representatives 2nd District race.
Our Sponsors END_OF_DOCUMENT_TOKEN_TO_BE_REPLACED