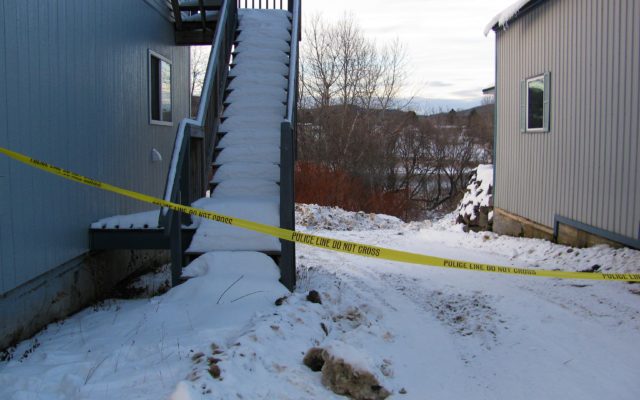 FORT KENT, Maine — Police are investigating a shooting death in Fort Kent on Sunday as a homicide, according to Lt. Troy Gardner of the Maine State Police major crimes unit.

When Fort Kent Police Sgt. Dalen Boucher responded to a 911 call at 12:30 p.m. Sunday at 485 West Main Street, he discovered a deceased male in a basement apartment.

“We know he died as a result of a single gunshot wound,” Gardner said during a press conference at the Fort Kent Police Department. “At this point we’re treating this as a homicide investigation.”

Gardner declined to reveal the type of gun involved in the shooting.

“Based on the information we have at this point we believe that no more than one other person was involved in the shooting,” Gardner said. “We have talked to that person. We do not believe that there is an ongoing threat to the public at this time.”

Gardner declined to name that person or to provide any further information about the individual, including about gender or relationship to the victim.

At this point, no one has been arrested, Gardner said.

“At this time this is still an active investigation and we will continue to investigate this shooting in a coordinated effort with the Maine attorney general’s office and at some point based on our investigative efforts a decision will be made about whether charges will be filed,” he said.

Fort Kent Police Chief Tom Pelletier said the state police are in charge of the investigation, as is protocol, and that his department would provide whatever assistance it can to the detectives investigating the shooting death.

A cold front will approach tomorrow with a chance for snow showers through the day into the evening. The front is expected to move through tomorrow night with another Arctic air mass.
Crown Politics END_OF_DOCUMENT_TOKEN_TO_BE_REPLACED

Three candidates are vying for two seats on the Fort Kent Town Council. Voters will decide which of the three -- Corey Pelletier, Brandon Dayton or Andrew Caron -- will get a seat during the town’s annual election on Monday, March 22.
Our Sponsors END_OF_DOCUMENT_TOKEN_TO_BE_REPLACED