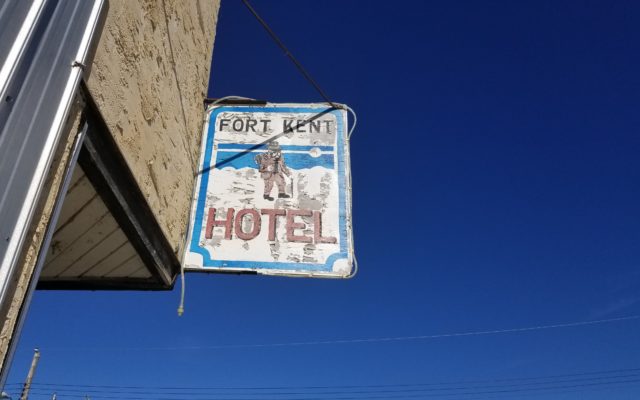 Jessica Potila, SJVT / FhF Staff Writer • November 24, 2018
When Don Guimond stepped down from the position of Fort Kent town manager in March after a quarter century of service to the community, he said he hoped to visit the town of Fort Kent, Alberta, at some point following his retirement.

FORT KENT, Maine — When Don Guimond stepped down from the position of Fort Kent town manager in March after a quarter century of service to the community, he said he hoped to visit the town of Fort Kent, Alberta, at some point following his retirement.

He discovered the Canadian Fort Kent by chance when it randomly came up in a Google search he was conducting a few years ago.

Guimond embarked on a road-trip adventure to this foreign Fort Kent this fall.

The tiny town of 150-200 people, located about 2,500 miles away, had some things in common with Fort Kent, Maine, according to Guimond. Most notably, he discovered that Fort Kent, Alberta, was settled by French Canadians, as evidenced by his visit to the town’s cemetery. 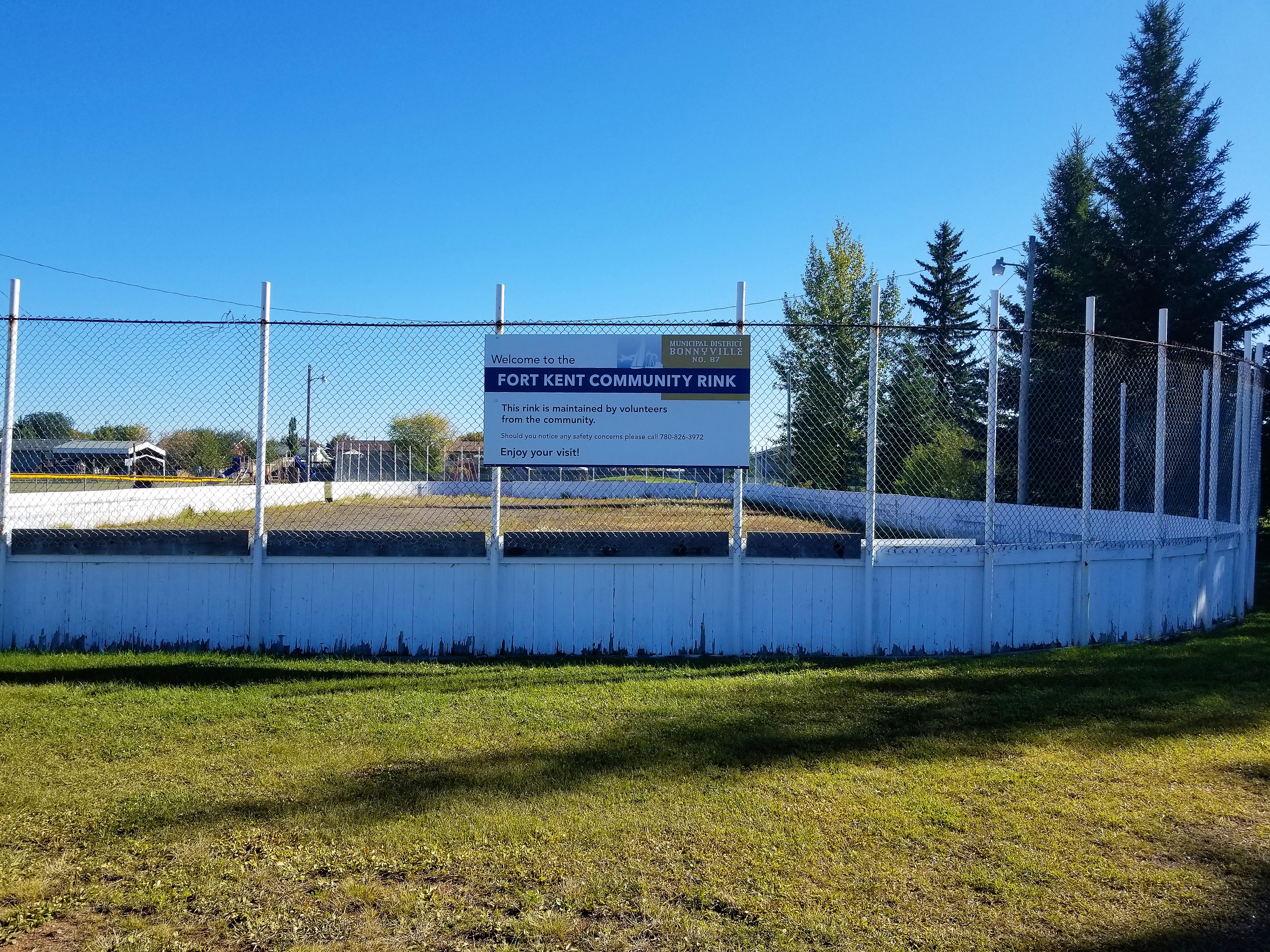 Guimond said that older gravestones in the town bore many of the same names as those engraved on headstones in Fort Kent, Maine, including the names of Michaud, Bouchard, Ouellette, Landry, Roy and Daigle.

The two Fort Kents also share ice rinks built in similar fashion, and both towns, at one point harbored a “Fort Kent Hotel,” although the Fort Kent, Maine, building was demolished in 2003.

Beyond that, the likeness between the two Fort Kents is less notable, according to Guimond.

The “Fort Kent Hotel” in Alberta remains standing, but rather than providing lodging for visitors to the area, it offers an entertainment service never available at its counterpart here — adult entertainment.

And while Fort Kent, Maine, is famous for the Can-Am International Sled Dog Races, Fort Kent, Alberta, infamously is known for allegedly being haunted by the creepy ‘Wendigo’, a mythical creature which, according to folklore, likes to possess and eat human beings.

Guimond said he encountered no Wendigos during his brief visit, but was profoundly moved by a few other experiences during his international road trip.

He said he chose to avoid the interstate as much as possible, and rather than using GPS, relied heavily on old paper maps to help him navigate his way through the United States to Alberta and back to Maine through Canada on what would be about 5,000 miles of travel total.

“I wanted to look at the countryside,” Guimond said. “There’s a lot of country out there, a lot of beautiful country.”

Guimond recalled stopping for supper at a restaurant in Ontario where the waitress interacted with some guests in French and others in English. The restaurant also had a lot of native diners and all groups seemed to get along quite well, he said.

“The waitress would switch from one language to another; it felt like Fort Kent was years ago,” Guimond said. “I saw a lot of different cultures coexisting, doing day to day things. I don’t think the countryside is as divisive as we are lead to believe.”

In Pennsylvania, Guimond said he nearly missed an opportunity to help a gentleman who approached him and asked for assistance boosting his car.

“At first I kept walking, but then I said to myself, ‘No wait a minute — if I was in Fort Kent I’d help this person.’ [The man] had North Carolina plates and had traveled to upstate New York for a job interview. He got the job. He was in the area, totally lost, he and his wife. I was pretty happy I decided I was gonna give them a boost.”

Another encounter reminded Guimond of home as well.

“I was in North Dakota. It’s so flat you can see forever. I could see smoke stacks coming from the wrong direction (of where I was traveling). I took off in that direction to see what was there and I saw an Irving flag. It was at a Cavendish processing plant; the same flags we see at Irving,” Guimond said. “It was in Jamestown, North Dakota. I reached into the back of my truck and pulled out an Irving hat promoting the Irving Can-Am.”

Guimond said he spoke with people at the plant.

“Everyone I spoke to spoke very highly of the facility, which I thought was kind of nice. Of course, maybe they were saying that because I had an Irving hat on,” joked Guimond.

The former town manager said he did have one negative experience on his journey.

“I got lost right in the middle of Chicago; that was the only part I didn’t like,” he said, recalling six lanes of traffic “and potholes everywhere.”

Guimond said he also appreciates that there are no billboards in Maine, as there was a proliferation of them throughout the rest of the United States and Canada.

Guimond said he enjoyed his vacation overall, but was happy to return to Fort Kent, Maine.

An upper-level low that has been bringing clouds and showers to the region will move east into the Maritimes today and tonight. High pressure will build in tonight into Thursday morning followed by a warm front Thursday night.
Our Sponsors END_OF_DOCUMENT_TOKEN_TO_BE_REPLACED