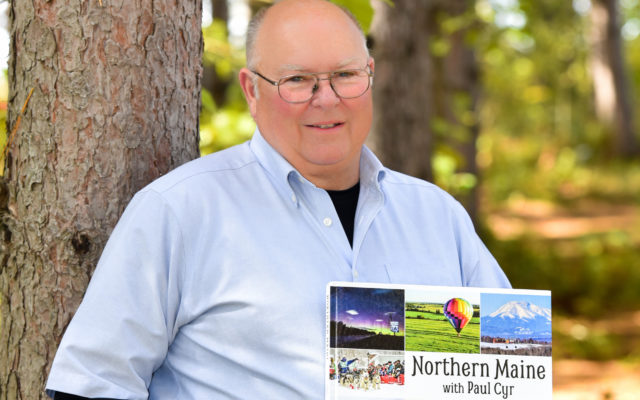 The book represents a small sampling of some of the best moments Cyr has captured over the past 15 years while visiting the people, places and things he enjoys the most.

“I have had inquiries through the years but the requests last winter mostly from Facebook friends increased significantly, sometimes twice a day,” said Cyr about his decision to publish the book.  “I hope all those people come around again.”

Cyr shares his work with over 30,000 followers on Facebook at Paul Cyr Photography.  His inventory of photographs numbers in the thousands, and dozens of northern Maine towns and businesses use his images for websites, report covers and tourist guides.

Designed by local graphic designer Theresa Mosher, the 128-page, hardcover book contains 450 of Cyr’s photographs. “Northern Maine with Paul Cyr” sells for $29.95 and is available at several area retailers as well as online at www.moshermultimedia.com.

Down East Books recently published two books exclusively featuring Cyr’s photographs:  “Uses for Mooses” (2017) and “Bears Behaving Badly” (2016), and included Cyr’s photographs in “Maine Life in a Day” (2017).  In 2014, Cyr and local author Dottie Hutchins published ACADIAN ROOTS: Images of the St. John Valley to commemorate the World Acadian Congress.  All can be found at www.amazon.com.

Maine’s longest serving legislator, Martin was first elected to the Maine House of Representatives in 1964 when he was 23.
Our Sponsors END_OF_DOCUMENT_TOKEN_TO_BE_REPLACED