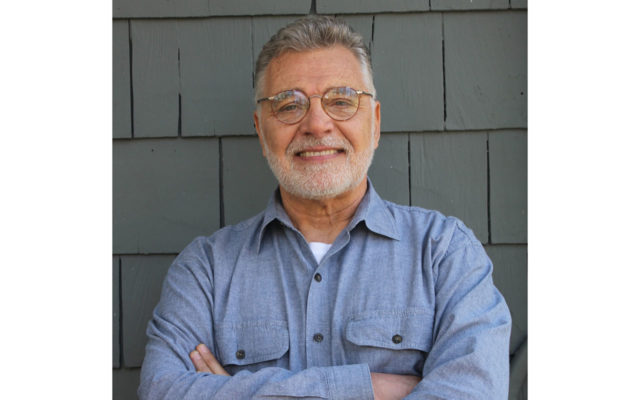 Contributed • October 17, 2018
Dr. John Mack Faragher will give a free public presentation at the University of Maine at Fort Kent’s Nadeau Hall at 7 p.m. on Thursday, Nov. 1.

FORT KENT, Maine — Dr. John Mack Faragher will give a free public presentation at the University of Maine at Fort Kent’s Nadeau Hall at 7 p.m. on Thursday, Nov. 1.

His lecture will be on his book “A Great And Noble Scheme: The Tragic Story of the Expulsion of the French Acadians from their American Homeland.” The author will also meet with Valley high school students that afternoon.

The book explores the period between 1755 and 1763 when Acadians living in today’s Maritime Provinces were hunted down, captured, imprisoned, scalped and killed. The survivors were sent to hostile English Protestant colonies to the south.

Faragher’s book is noteworthy because it brings light to the Americans’ involvement in this ethnic cleansing by the British. As the soldiers were rounding up the families, others torched their houses, barns and churches, along with documents proving Acadians owned their land. Livestock and personal effects were confiscated, harvests were destroyed. The Acadians thought they were being deported to France. They were kept in the dark as to their destination.

As the prisoners boarded the ships, families and community members were separated amongst the ships, each of which had a different destination. “The only practical measure was to divide them among the colonies, where they cannot easily collect themselves again, and it will be out of their power to do mischief,” states Faragher in “A Grand and Noble Scheme.”

William Grimes wrote in The New York Times about “Paradise Lost in an ‘Ethnic Cleansing’: Parents were separated from children, husbands from wives. Farmers who had labored for generations to turn salt marshes into productive farmland found themselves dispossessed, their property sold on the cheap to settlers from New England. The Acadians referred to this calamity as “le grand derangement.”

An English correspondent in Halifax saw it otherwise. The planned expulsion of the Acadians, he wrote, was “a great and noble scheme.” If successful, it would be “one of the greatest things that ever the English did in America.”

The Acadian Archives/Archives acadiennes invited Faragher to visit UMFK to speak with students, faculty, employees and the greater community.

“One of the missions of the Archives is the dissemination of the history and culture of our Valley’s Acadian ancestors,” said Lise Pelletier, director of the Archives.

“Unfortunately, teaching the history of Acadians and Franco Americans of Maine is not mandated in our state’s educational curriculum,” said Pelletier. “Dr. Faragher’s visit is an excellent opportunity to meet a historian whose book has contributed so much to this matter.”

For more information, please call the Acadian Archives/Archives acadiennes at 834-7535.

Submitted by the Acadian Archives/Archives acadiennes at the University of Maine at Fort Kent.

Joseph E. BeckSpecial to the Fiddlehead Focus4 days ago

Short-Term Outlook: Wednesday - Friday Cloudy to mostly cloudy skies are expected over Fort Kent and surrounding areas today as a warm front lifts across the region producing some isolated shower activity.  A cold front will approach and cross the Valley tonight and early Thursday with gusty south/southwest winds developing ahead of the front thanks to the pressure gradient.
Our Sponsors END_OF_DOCUMENT_TOKEN_TO_BE_REPLACED