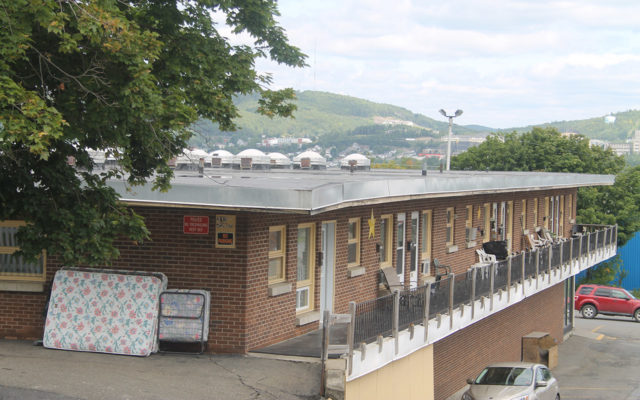 Morgan Mitchell • August 25, 2018
Families in Madawaska are scrambling to find homes after being displaced by a sudden notice to vacate given on Friday, Aug. 17, to 10 apartment residents and two of the businesses in the adjacent and connected buildings.

MADAWASKA, Maine — Families in Madawaska are scrambling to find homes after being displaced by a sudden notice to vacate given on Friday, Aug. 17, to 10 apartment residents and two of the businesses in the adjacent and connected buildings.

The Town of Madawaska is working to assist those who have been displaced due to the upcoming Nov. 1 closure of a 14-unit apartment building located near the KMart plaza.

Economic Developer for the Town of Madawaska, Suzie Paradis, said Tuesday that of the residents in the nine occupied apartments, “we have four for sure who have found housing.” Paradis’ efforts in assisting the displaced find homes even went as far as calling nursing homes to help since most of the tenants are elderly.

The property manager, Alex Daigle, said that none of the residents were under a lease, but were considered “tenancy at will” and paid no security deposit.

“The plaza lost four major commercial renters,” he said Tuesday. Daigle said they have “come across repairs that are costly.” Some of the major issues with the buildings include roof replacements and water filtration upgrades, according to Daigle.

“With the need for heating come up, [the owners] don’t want to keep losing money,” he said.

One of the property owners, Dan Konover, said he was not sure how many of the 14 apartment units were occupied, but that the two businesses in the plaza, Spectrum and the Modern Touch salon, also received a notice.

“They weren’t really eviction notices; they were notices of termination of occupancy,” Konover said Thursday over the phone. “We no longer have sufficient income to operate the shopping center and have too many vacancies and can’t find tenants. It affects the whole property.”

Konover said if he finds someone who wants to buy the property, then he will sell it to them.

“I’ve talked to a real estate agent and she doesn’t think it’s sellable,” he said. “There’s too many vacancies and there won’t be enough income to make up for expenses.”

Without any income, Konover said he does not plan on paying the taxes on the property and also said he had not worked anything out with the town manager as of Thursday afternoon.

Sara Lagasse, owner of the Modern Touch Salon, said six of the beauticians decided to split from the shop.

“We’re fortunate to have all found places,” she said.

Town Manager Gary Picard said town officials have had meetings about the properties and issues faced by the town and its residents.

“We are thinking about the plaza and are concerned about it, and the people who are being displaced,” Picard said. “We are talking about what we can do as a municipality for that area… we are not sitting on our hands; we are putting a lot of thought behind this.”

Tenants have until Nov. 1 to vacate. Anyone who is able to assist the residents displaced, should contact Paradis via Facebook Messenger or by calling the town office.

A cold front moves through today with scattered showers that will taper off this evening as high pressure builds into the region with partly cloudy skies.
Crown Politics END_OF_DOCUMENT_TOKEN_TO_BE_REPLACED

All five candidates running for two seats on the Fort Kent Town Council gathered at a live question and answer forum.
Our Sponsors END_OF_DOCUMENT_TOKEN_TO_BE_REPLACED