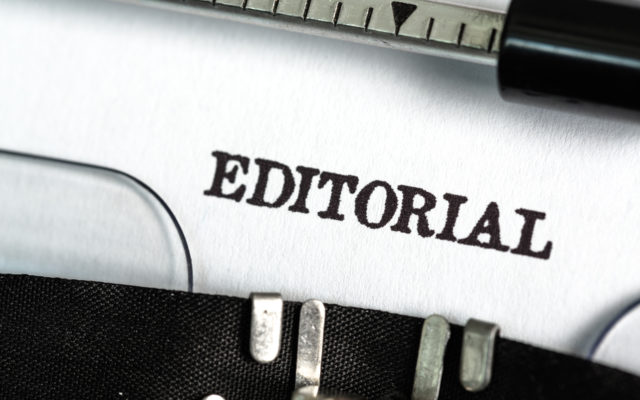 Contributed • August 8, 2018
I read conflicting opinions in the letters to the editor. I have the unsubstantiated impression that the root of the problem boils down to the worship of the golden calf. They all claim to adhere to the law but the bottom line is money.

I read conflicting opinions in the letters to the editor.  I have the unsubstantiated impression that the root of the problem boils down to the worship of the golden calf.  They all claim to adhere to the law but the bottom line is money.

Moses ran into a similar problem when he brought down the law. Today the golden calf is oil.

One writer says Trump kowtows to the Russians. Another says Obama kowtows to the Muslims  But what’s behind Putin’s support of Assad in Syria? The pipeline getting oil from Russia to the Mediterranean coast and so on to the world market.

What’s behind Obama’s take? Answer: Saudi oil. His opponents cover that with the face of Islam, but we too put a religious face of Christianity on our Texas oil magnates. Remember, Osama bin Laden’s elder brother died in an airplane crash in Texas. Was he there to negotiate OPEC’s relations with America’s golden calf?

Someone at the local coffee shop flashed a five dollar bill in my face and said, “Guy, you won’t believe this but this is god.” Then  he stuffed his god in his pocket. All I know is that he did not give me his god. I guess I’d better pay my coffee with my own god.

I’m reading a library discard by Paul E. Erdman, titled, “The Crash of ’79.” I realize that  I don’t know much about international banking and the cross fertilization of oil markets and nuclear energy, but I can’t help seeing the masks they all are wearing.

What is new under the sun?

As the Maine Turnpike expects 1 million travelers alone over the Labor Day weekend, policymakers are gearing up for a sprint to solve one of the state’s most intractable problems: a long-standing — and growing — transportation funding gap.
Apex Weather END_OF_DOCUMENT_TOKEN_TO_BE_REPLACED

The Valley will receive an inch or less of accumulation from Thursday's system based on current forecast model data.
Our Sponsors END_OF_DOCUMENT_TOKEN_TO_BE_REPLACED