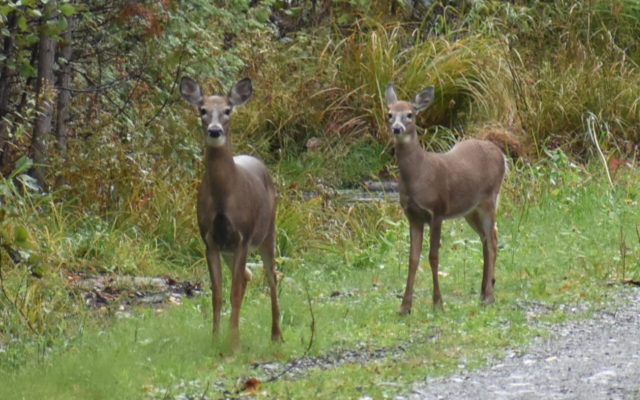 Hunters may apply for any-deer permits

Contributed • July 30, 2018
The Maine Department of Inland Fisheries and Wildlife has opened applications for the 2018 any-deer (antlerless) permit lottery.

AUGUSTA, Maine — The Maine Department of Inland Fisheries and Wildlife has opened applications for the 2018 any-deer (antlerless) permit lottery. To apply online, visit www.mefishwildlife.com. Online applications are due by 11:59 p.m. on Aug. 15.

It is free to apply for the any-deer permit lottery. The drawing will be held on September 7, 2018 and results will be posted on the Department’s website.

For this coming deer season, a total 84,745 any-deer permits are proposed for 22 of the state’s 29 wildlife management districts across the state, an increase of 28 percent. Last year, there were 66,050 permits available to hunters.  Hunters who do not receive an any-deer permit are only allowed to shoot an antlered deer (with some exceptions during archery season and on youth day).

DIFW officials encourage hunters to apply for a bonus permit, as there are likely to be wildlife management districts where there are more any deer permits available than there are hunters who apply for them. In these districts, hunters can get a bonus antlerless permit for no charge if they apply and are selected.

Generally, success rates for deer hunters in Maine hover around 15 percent, but those with an any-deer permit harvested a deer over 20 percent of the time.

According to the DIFW, permit numbers are increasing in nine southern and central wildlife management districts, decreasing in 11 WMDs and staying the same in nine WMDs. You can find the complete numbers at https://www.maine.gov/ifw/hunting-trapping/any-deer-permit.html#permitallocations. The permit numbers reflect that the 2017-18 winter was more moderate in central and southern Maine, while up north the winter was a little more severe than years past.

The department uses the any-deer permit system to manage the white-tailed deer population in the state. The ability to enact change in the state’s deer populations derives from the ability to increase, or decrease, the number of breeding female deer on the landscape. By controlling the harvest of female deer in the 29 regional wildlife management districts throughout the state, biologists can manage population trends.

Deer hunters in Maine harvested 27,233 deer in 2017, the highest total in the last ten years and an increase of 15 percent from 2016. Maine’s deer hunt is broken down into several seasons for firearm hunters, muzzleloaders and bow hunters. Most deer are harvested during the general firearms season. Maine’s junior hunters were also very successful on youth day, with 876 youth hunters taking a deer this year.

Deer hunting season (firearms) will begin with Youth Deer Hunting Day on Saturday, Oct. 20, 2018. Youth may take a buck statewide or an antlerless deer only in the wildlife management districts where any-deer permits will be issued this fall.

A cold front moves through today with scattered showers that will taper off this evening as high pressure builds into the region with partly cloudy skies.
Crown Politics END_OF_DOCUMENT_TOKEN_TO_BE_REPLACED

All five candidates running for two seats on the Fort Kent Town Council gathered at a live question and answer forum.
Our Sponsors END_OF_DOCUMENT_TOKEN_TO_BE_REPLACED