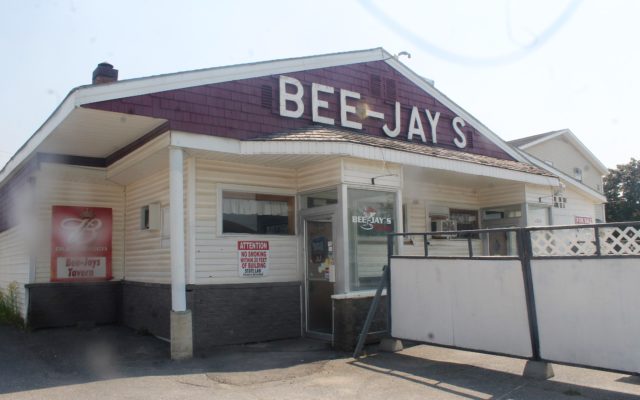 Jessica Potila, SJVT / FhF Staff Writer • July 29, 2018
Cindy and Pete Gervais of Fort Kent may never have married had they not met at Bee-Jays Tavern in Fort Kent 18 years ago.

FORT KENT, Maine — Cindy and Pete Gervais of Fort Kent may never have married had they not met at Bee-Jays Tavern in Fort Kent 18 years ago.

Cindy, originally from Cape Elizabeth, moved to the St. John Valley in 2000 to accept a job with MBNA, which ran a call center in Fort Kent then.

“Some co-workers wanted to take me out and show me the local hangout. He was there with some friends,” Cindy Gervais said as she reminisced about meeting her husband for the first time at the bar, which closed it doors permanently on June 30 after 47 years in business. “We played pool and we exchanged our phone numbers and talked on the phone for about three months before we really got serious. In that time period, I told him what I was looking for and what I was interested in and let him know that if it wasn’t something that sounded appealing, not to waste my time because I was not on a train ride to nowhere.”

The couple are now the proud parents of two teen-aged children — Madison, 16 and Xander, 13.

“For not being from up here, Bee-Jays is kind of where my story began; I moved up here in November of 1999 and met my husband in January,” Cindy Gervais recalled.

Throughout their marriage, Cindy and Pete Gervais would visit Bee-Jays occasionally to  enjoy an evening out with friends and listen to local bands.

Musician Aaron Bernstein also has nostalgic memories of the tavern.

“My band, French Toast, used to perform at Bee-Jay’s most weeks during (the late 1990’s and early 2000’s), and it was a roaring good time, with people from all over the Valley showing up for rowdy revels,” he said. “Bee-Jays was a place to relax and hang out with a small group of friends, or go have a drink in the afternoon after work.”

Brian and Rita Canaan first opened the bar in 1971. She took over full responsibility following his death and sold the business in 2005 to Dumond Inc.

Representatives of the corporation declined to comment about the bar’s closure, but posted a message on the tavern’s Facebook page on June 14 stating: “After 47 years in business we regret to announce that we will be closing our doors permanently on June 30th. We would like to thank each and every one of you for your support over the years!!”

The post did not indicate a reason for the closure.

Former patron Vera Labbe Saucier recalled Bee-Jays being the place to be back in the 1970s when she graduated from high-school. She said she was disappointed it closed. 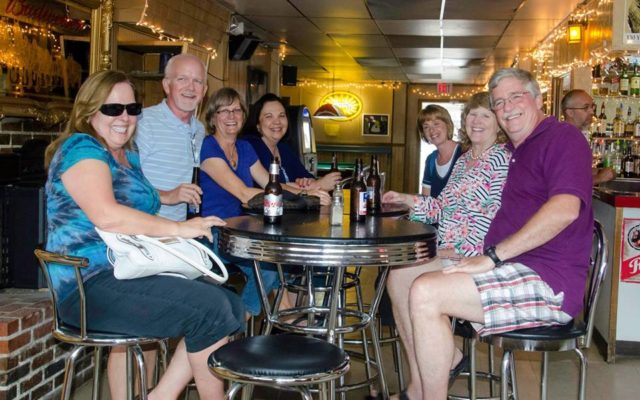 Members of the Fort Kent Community High School Class of 1974 enjoy some brews at Bee-Jays while planning a class reunion in 2014. Pictured are, from left, Dana Murphey Greenhouse, Dean Saucier, Vera Labbe Saucier, Jeannine Daigle Hobbins, Gayle Lambert Labrie, Kristen Spath and Tom Piper. Vera Labbe Saucier said she always will value the memories she made at the Fort Kent tavern, which closed its doors permanently on June 30 after 47 years in business. (Courtesy of Vera Saucier)

“My father, Legs Labbe, bought me my first legal red beer there,” she said. “I was 18, halfway through my senior year of high-school and it was a right of passage to go there for the first time. The drinking age was 18 back then and Bee-Jays was always the first stop on Friday and Saturday night. ”

“Most of my memories are of being with friends, the close bonds that continue today,” Saucier said. “The place was always full, the music from the jukebox roaring, and us kids having fun. We played foosball, pool, made new friends and interacted with older friends.”

“On my wedding night, during the reception, some of my cousins kidnapped me and wanted to take me to Madawaska for the rest of the night. Since we hadn’t yet cut the cake, had the toast and taken photos, I convinced them to just go to Bee-Jays for one beer. So there I was in my wedding dress playing foosball with the people I had not invited to the wedding,” she said.

Saucier said she will always value the memories she made at Bee-Jays.

“I also have a few best friends that passed away before their time and when I stepped into Bee-Jays I’d get all the fun memories of my time with them flooding into my mind and find myself being back there with them,” she said. “It was just a special place from our young adult time in our lives.”

As he considered the role the tavern played in his life, Bernstein said, “Most of the bars in the Valley are dying now as our population plummets and our means of socialization are becoming electronic.

“It was only a matter of time before we lost Bee-Jays,” he said, “but I’ll miss it, and the lively environment in the Valley that allowed it to thrive.” 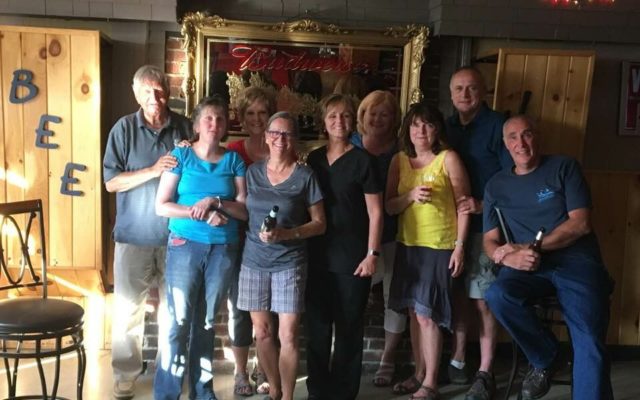 A broad area of low pressure crossing the state will bring widespread rainfall to the entire SJV today and tonight. Rain tapers to showers Thursday morning with showers lingering into the evening hours as the low lifts to the northeast.
Our Sponsors END_OF_DOCUMENT_TOKEN_TO_BE_REPLACED