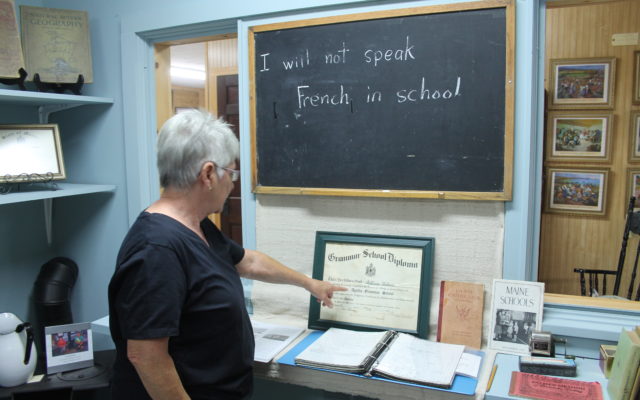 Morgan Mitchell • July 14, 2018
The new schoolhouse exhibit at the Ste. Agathe Historical Society has everybody talking, just not in French.

ST. AGATHA, Maine — The new schoolhouse exhibit at the Ste. Agathe Historical Society has everybody talking, just not in French. 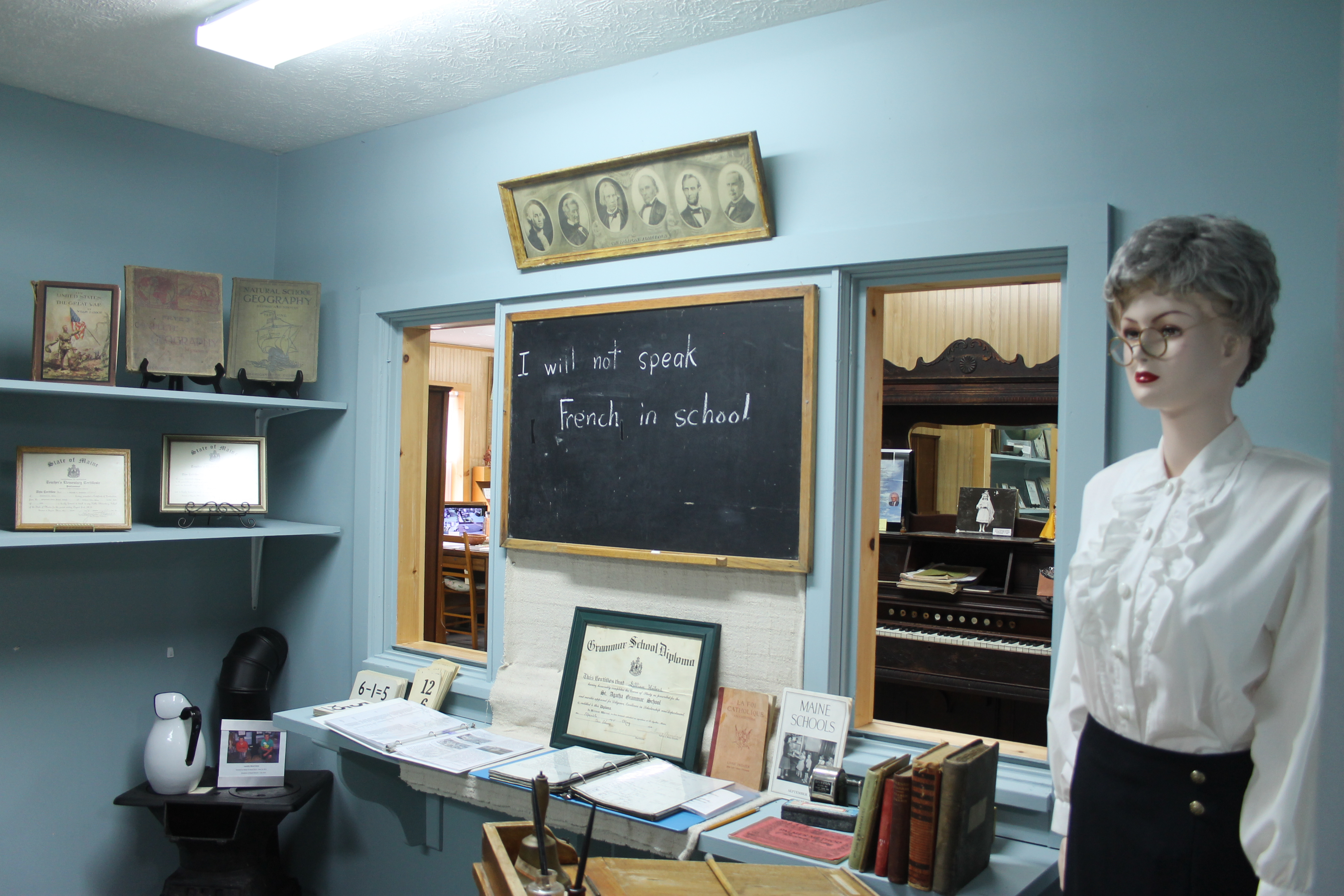 The one-room schoolhouse exhibit at the Ste. Agathe Historical Society gives the younger generation a look into what it was like in the early to mid-1900s, when French was forbidden in school. (Morgan Mitchell | SJVT/FhF)

The historical society changes the featured exhibit every year and this one focuses on the old one-room schoolhouse, along with the strict rules the students had to follow, including speaking English only.

“There was a time we were forbidden from speaking French, our native language,” said Terry Ouellette, president of the historical society. She said that from the time the schools were first built in the area in the early 1900s until 1968, students were not allowed to speak French in school.

The current exhibit features the schools from 1927 to 1948 and consists of photos, a scale model of a one-room schoolhouse, old desks used at the time, podiums, books, diplomas, and teaching tools such as flashcards — all items collected since the start of the Ste. Agathe Historical Society’s conception 40 years ago.

Ouellette was there from the beginning of the society and has maintained her quest for prized possessions of a historical fashion.

“I’m trying to make sure that the story stays alive,” she said.

In previous years, the society has put on special exhibits ranging from Native Americans to WWI all with donated items from people in the area. In addition to the items donated by various members of the community and others near and far, the society received a special donation from the family of Pauline Guerrette Ouellette. Last fall, the family donated the Longfellow school near the late Maurice Guerrette homestead, which the society plans on moving to its site within the next few years.

The Ste. Agathe Historical Society is located on Main Street in St. Agatha and is open during the summer months, 1-4 p.m. Tuesday through Sunday with trail guides made possible by the Maine Acadian Heritage Council. While there is no admission required to enter the facility, donations are accepted, and all proceeds from the store go toward keeping the past alive.

Maine’s longest serving legislator, Martin was first elected to the Maine House of Representatives in 1964 when he was 23.
Our Sponsors END_OF_DOCUMENT_TOKEN_TO_BE_REPLACED