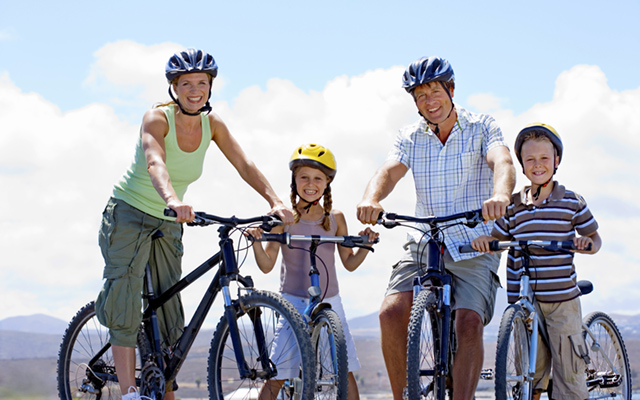 The new Northern Maine US Bike Route, approximately 320 miles long, would complement and connect to the existing US Route One Bike Route.

Jay Kamm, NMDC senior planner, said the proposed route would be located on existing state and local roads and/or existing bike and pedestrian trails in the region. Planners envision that the route will connect to the existing US Bicycle Route in Bangor and terminate at the international bridge in Fort Kent.

“Outreach and collaboration is a big part of the plan,” said Kamm. “We will work with municipal officials, bicyclists, tourism leaders and other individuals to designate the route.”

The application to the federal government is due in the fall of 2018, he said.

The route will be part of the United States Bicycle Route System (USBRS), which is the national cycling route network of the United States, and will utilize multiple types of bicycling infrastructure, including existing off-road trails, bicycle lanes and low-traffic roads.

“The route will also highlight the region’s cultural resources including, but not limited to, the Swedish Colony, Amish communities, Acadian heritage, the University System, and highlight the importance of agriculture and forestry to the regional economy,” added Kamm.

“The development of the US Bicycle Route through Penobscot and Aroostook Counties will help facilitate additional bicycle tourism and economic growth throughout northern Maine,” said Patrick Adams, regional transportation planner for MaineDOT.

“A 2014 study by Quebec Tourism indicates that cycle tourists spend an average $214 per day, 6 percent more than other types of tourists while cycling the La Route Verte network. Two-thirds of those surveyed plan to return for another trip. In the US, that equates to over $83 billion nationally on trip related sales in 2017,” Adams said.

The route will appear on national maps as a bicycle tourism destination.

All five candidates running for two seats on the Fort Kent Town Council gathered at a live question and answer forum.
Our Sponsors END_OF_DOCUMENT_TOKEN_TO_BE_REPLACED