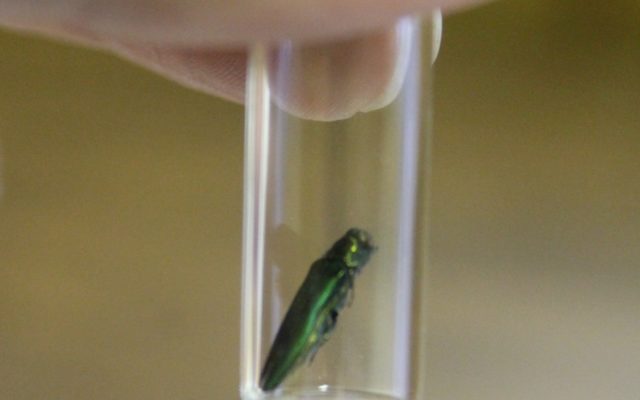 Morgan Mitchell • June 19, 2018
Area residents worried about the potential impact of an invasive insect that devastates ash trees met with state officials Monday night to voice their concerns and ask questions about what to do to protect their wood lots.

FRENCHVILLE, Maine — Area residents worried about the potential impact of an invasive insect that devastates ash trees met with state officials Monday night to voice their concerns and ask questions about what to do to protect their wood lots. 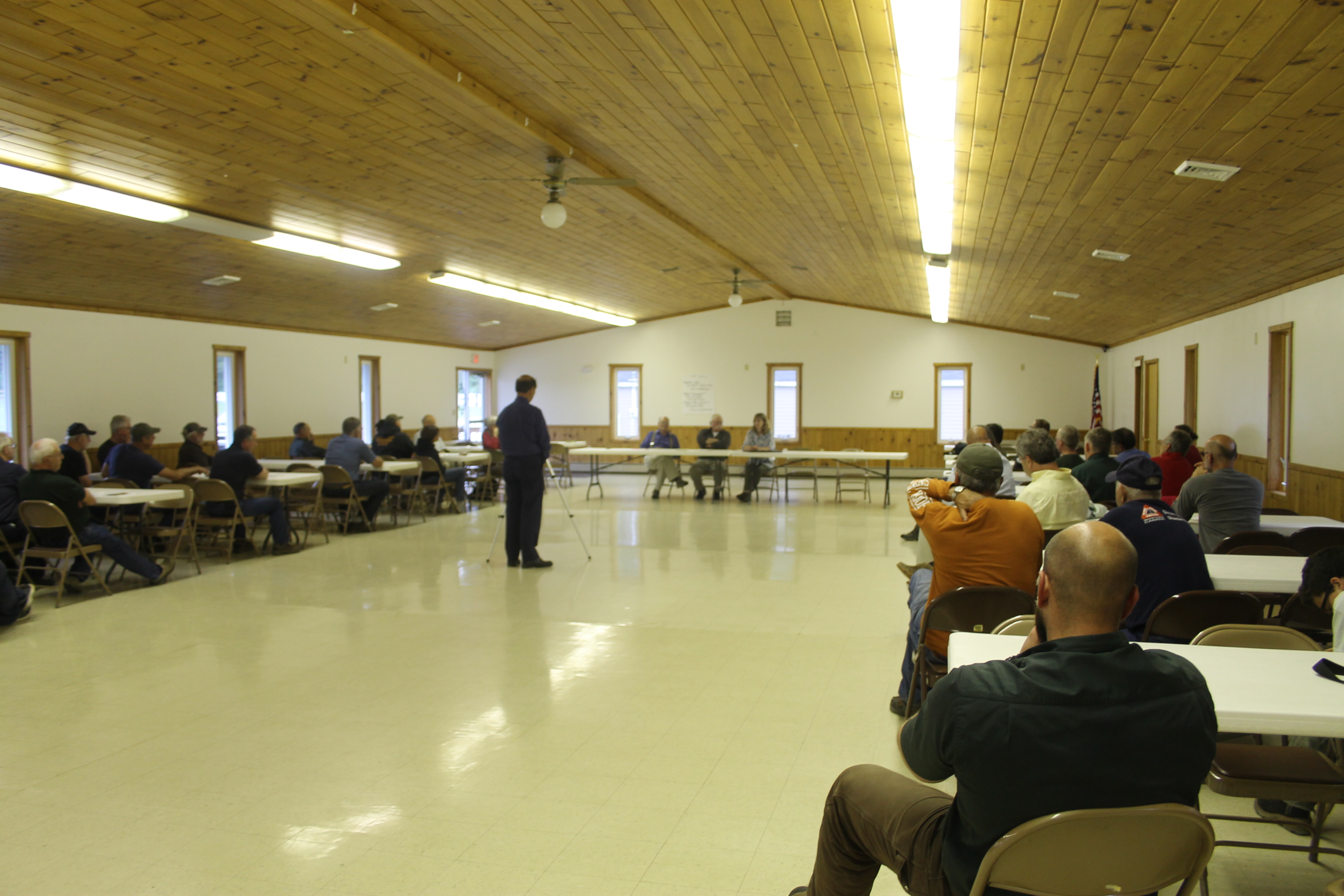 The emerald ash borer, an invasive species that has killed hundreds of millions of ash trees throughout the country by burrowing in and feeding on the tree, was found last month in Madawaska, along the St. John River.

The discovery of the insect’s arrival in Maine prompted officials with the Maine Department of Agriculture, Conservation and Forestry to begin discussing a statewide emergency-response plan and schedule Monday’s meeting in Frenchville.

State officials have not yet determined exactly how to proceed, but indicated Monday night that they are considering an emergency “stop movement” order on all live ash, ash logs and pulpwood and on all untreated firewood from Madawaska and Frenchville.

Over 40 citizens showed up to weigh in on the matter, with a main concern being what to do with the trees already growing on their property, as well as what to do with wood already cut and ready to ship.

Allison Kanoti, who will take over as acting state entomologist after Struble retires at the end of the month, recommended that the woodlot owners look toward the future if they rely on the harvest for income.

“We don’t recommend harvesting all ash,” she said. “There is some resistance in the ash, so there is a possibility of preserving it.”

Since there are no stop movement or quarantine orders in place yet, Struble suggested, “If you’ve got wood on the ground ready to go, I’d get that stuff delivered before the paperwork is done. It’s no more infested now than it was 2 weeks ago.”

According to Struble, the likely plan of action involves two phases. The first being a stop movement order, where firewood and lumber would not be allowed to be delivered and moved around to areas outside of the affected areas. The second phase is a full-on quarantine of the Madawaska and Frenchville areas preventing any movement of wood even within the area.

The plan and quarantine area will be agreed on by state officials before they submit it for approval to the Federal Department of Agriculture.

Struble indicated that a stop movement order could be implemented within a month or two.

There are no practical means to control the emerald ash borer in forested areas, though pesticide treatments can protect individual trees.

Scientists also are researching other methods to control the pest, including biological controls with predatory insects that could feed on emerald ash borers and help control their populations.

An emerald ash borer generally moves only about one half-mile on its own in a year, but can move hundreds of miles in a single day within a piece of infested firewood.

Maine issued a ban in 2010 on untreated out-of-state firewood in order to protect the state’s forests and wildlife from the introduction and spread of destructive insects, such as the emerald ash borer.

Ash trees comprise about 4 percent of Maine’s hardwood forest, with an estimated commercial, unprocessed value of about $320 million.

The upper-level low pressure area that has been parked over southern New England will continue to stall there today into the overnight period then begin to open up and shift southeast into the Atlantic Thursday.
Campaign Corner END_OF_DOCUMENT_TOKEN_TO_BE_REPLACED

Dale Crafts filed his nomination papers for Feb. 21 with the Secretary of State to officially be placed on the primary ballot on June 9, 2020, for the U.S. House of Representatives 2nd District race.
Our Sponsors END_OF_DOCUMENT_TOKEN_TO_BE_REPLACED