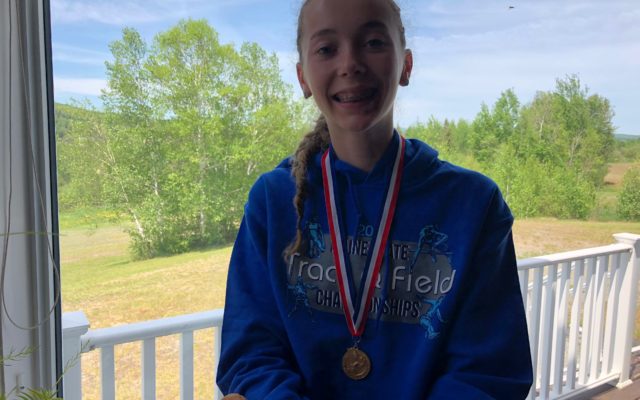 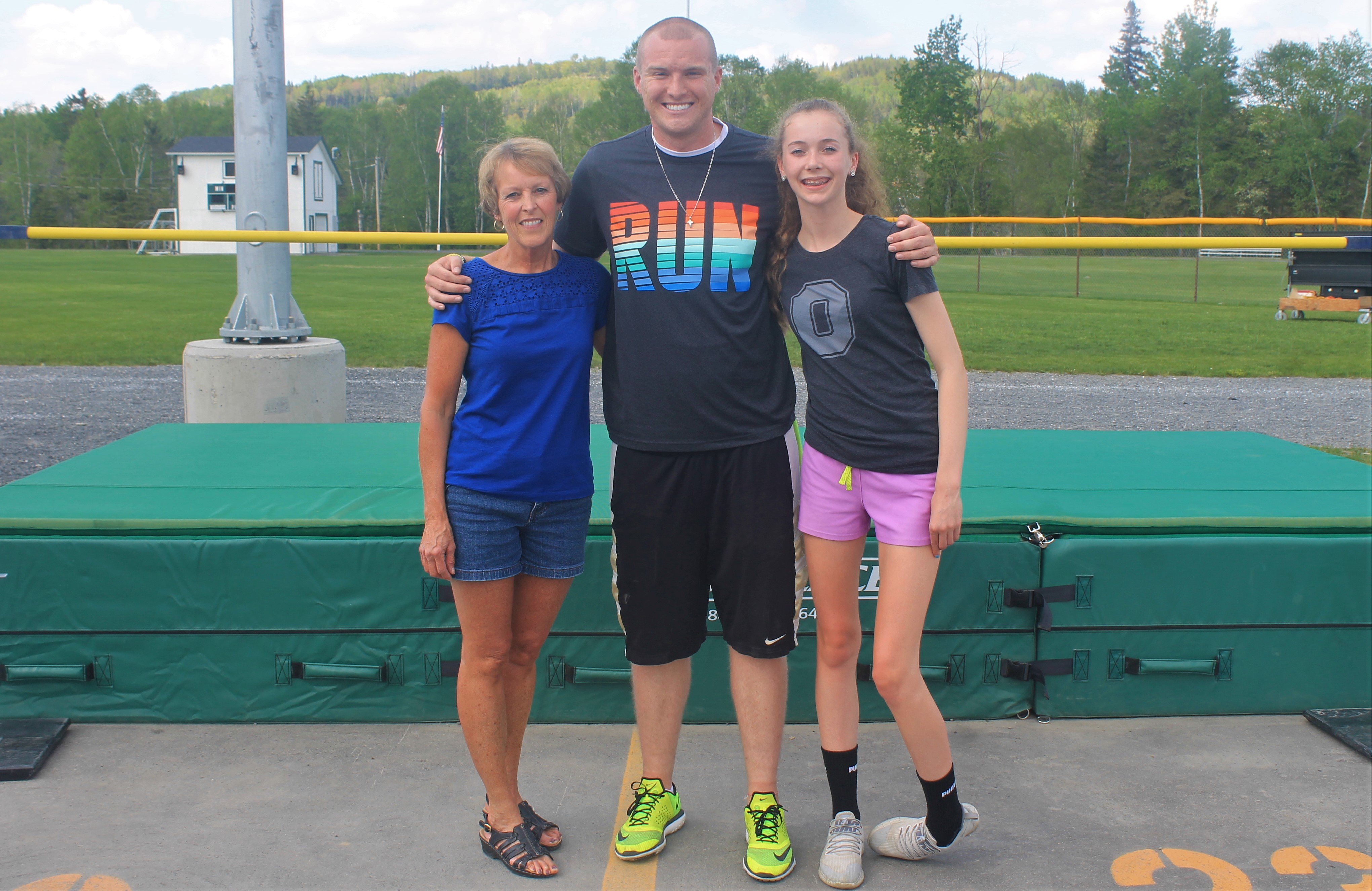 Pelletier cleared 5 feet while competing at the Aroostook County Championship track and field meet on Thursday, May 17, in Caribou. She took second place at that competition, and beat Fort Kent’s high jump record of 4 feet, 11 inches, which Rollande (Cyr) Vaillancourt had held for 43 years.

Pelletier said she had attempted 5 feet before and was happy to have achieved the goal at the County meet.

“I was super excited because I knew it was a record and it was also my personal record,” she said last week.

Fort Kent track and field head coach Davis Cyr said he was happy for Pelletier when she cleared the jump at the County Championship, and hopeful she would be able to do the same at the Class C Maine State track meet in Waterboro on Saturday, June 2.

Indeed, Pelletier repeated her performance, and jumped 5 feet again to take first place in the event at the state competition.

“It didn’t feel real at first when they announced my name winning first place. Later in the meet, when I received the medal it began to sink in,” Pelletier said of her state championship win.

Her parents Ken and Jamie Pelletier of Soldier Pond were present at the state championship, where Jamie Pelletier said she was so proud of her daughter that she was moved to tears.

“The podium ceremony was awesome. Her teammates lined up to cheer for her. That was the part that brought tears to my eyes,” Jamie Pelletier said. “Coach Davis Cyr was probably the happiest person present.  He was floating and I think he could have jumped 7 feet at that point. He reached over the fence to hug me and there were tears in his eyes, too.”

Cyr, who happens to be Vaillancourt’s nephew, said the high jump was also his best track event when he competed in the sport as a Fort Kent student. Cyr said he had faith in his young athlete’s ability to bring home a first place win from the state high-school competition.

“I knew if Lacy did her thing, she could potentially win,” Cyr said.

In order to prepare Lacy Pelletier for the state competition, Cyr said he intentionally let up on her practice schedule during the week leading into the event.

“I had confidence that she would do well and at this point in the season, I didn’t want her to over practice and psyche herself out,” he said.

Cyr said it quickly became apparent that the strategy paid off as he watched Lacy Pelletier perform in the state championship.

“As we were watching the other competitors, Lacy looked by far the most comfortable,” he said. “At 4’8″ she knocked the bar down on her first attempt. I let her know she curled too early. She made the adjustment. After that I knew it was a wrap. She had it. She cleared her first attempts at 4’10” and 5’0″. She actually was the only girl to clear 5 feet.”

Cyr said Lacy Pelletier’s championship win is all the more special because of the coach and athlete bond they have shared for so many years.

“She is my first athlete that I’ve coached as head coach to win states,” he said. “I’ve coached Lacy in track and field since she was 9 years old. She used to win states in the former Hersey Track and Field summer program as a youngster. It means a lot to me that I can continue to coach her in her success now that she’s in high school.”

Only one member of Maine’s congressional delegation had come out in favor of impeaching President Donald Trump ahead of House Speaker Nancy Pelosi’s Tuesday announcement that the Democratic-led House of Representatives would begin an impeachment inquiry.
Apex Weather END_OF_DOCUMENT_TOKEN_TO_BE_REPLACED

A strong upper-ridge anchored off the Southeastern US coast will bring warmer and more humid than normal conditions to the Valley through the late week period.
Campaign Corner END_OF_DOCUMENT_TOKEN_TO_BE_REPLACED

Dale Crafts filed his nomination papers for Feb. 21 with the Secretary of State to officially be placed on the primary ballot on June 9, 2020, for the U.S. House of Representatives 2nd District race.
Our Sponsors END_OF_DOCUMENT_TOKEN_TO_BE_REPLACED