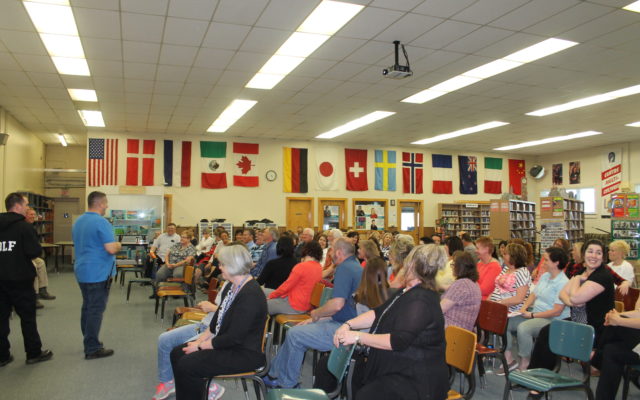 Morgan Mitchell • June 1, 2018
The Madawaska School District held a training session at the high school Tuesday afternoon to teach ALICE strategies to school staff to prepare them in the event of an active shooter situation.

MADAWASKA, Maine — The Madawaska School District held a training session at the high school Tuesday afternoon to teach ALICE strategies to school staff to prepare them in the event of an active shooter situation.

ALICE, which stands for alert, lockdown, inform, counter, and evacuate is a strategic training program designed to equip individuals with the necessary skills they would need to use if ever an active shooter or aggressive intruder were in the building or on school grounds.

The district is working toward getting certified in the ALICE technique, which requires that 75 percent of staff take an online course and attend the in person training session. To be certified, the school also must include the ALICE policy in its emergency operations plan and conduct drills during the year.

Gisele Dionne, superintendent of the Madawaska schools, has worked closely with the Madawaska Police Department, specifically Lt. Jamie Pelletier and Sgt. Matt Derosier, who made a presentation about the ALICE training to the school committee last fall.

“The training and certification program was endorsed by the school committee,” Dionne said. “They allowed for the early release [of students on Tuesday] so the training could happen.”

Over 75 teachers and staffers were in attendance including cafeteria workers, bus drivers, central office workers, substitute teachers, other district employees, and members of the Madawaska recreation department. Neighboring school administrators were invited as well.

The training consisted of 4 different active shooter drills for the trainees to practice different responses to different scenarios to see which ones they found most effective. The training ranged from lockdowns to counter attacks.

“The staff was very enthused and took the training seriously,” Pelletier said. 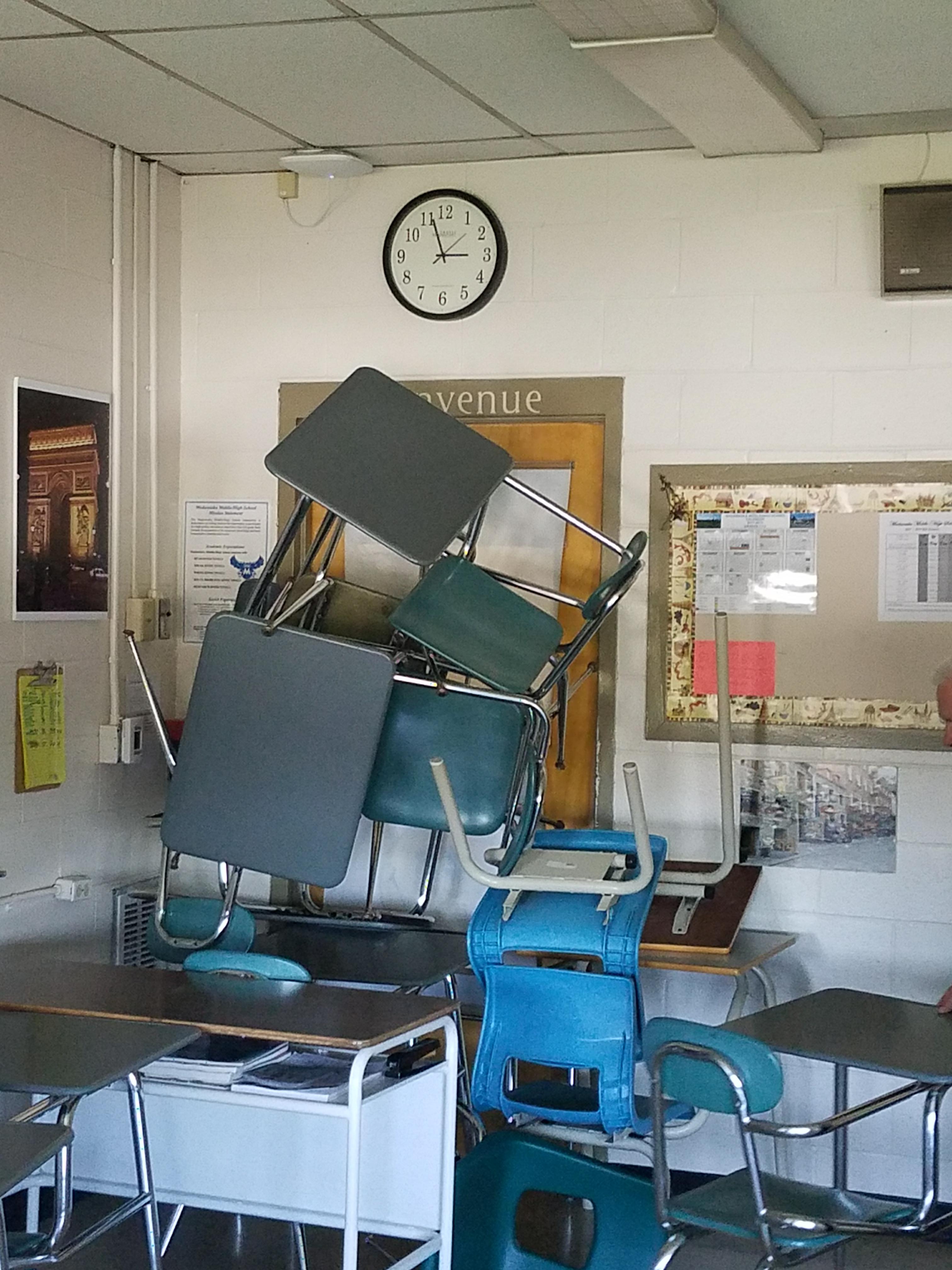 Desks were piled high in front of a classroom door during an active shooter drill at the Madawaska High School during ALICE training on May 29. (Courtesy of Jamie Pelletier)

Participants practiced the different stages of the active shooter drills, including barricading the doors and being ready to counter if the barricade were to break. During one scenario, Sgt. Josh Haines of the Maine State Police acted as an intruder but was successfully taken down.

“One guy was coming at me, taking me out at the ankles,” Haines said during a drill debrief.

While desks were the most used barricade, Pelletier said that they are working on testing different devices to barricade the doors better.

Aside from representatives of the Madawaska Police Department and state police, other local law enforcement officials participated in the training, including members of the Caribou Police Department and U.S. Customs and Border Protection. Dionne said that the school encourages emergency personnel to get involved with the schools so that the agencies know the buildings better.

In addition to the ALICE training, Dionne and the school committee members have pushed for a multitude of safety measures, including the hiring of a part-time school resource officer, who happens to be Lt. Pelletier.

“We are one of the few schools in Aroostook county to have an SRO and we are very fortunate and thankful,” Dionne said.

Other provisions the school has taken to ensure student and staff safety have involved adding and upgrading cameras, installing video phones at building entrances, using electronic key fobs for entering the building, updating phone and intercom systems, and training members of amateur radio clubs to assist local emergency agencies in the event of a long power blackout. Madawaska Elementary School also has been designated the official Red Cross center for the town if there is ever a need.

Only one member of Maine’s congressional delegation had come out in favor of impeaching President Donald Trump ahead of House Speaker Nancy Pelosi’s Tuesday announcement that the Democratic-led House of Representatives would begin an impeachment inquiry.
Apex Weather END_OF_DOCUMENT_TOKEN_TO_BE_REPLACED

Dale Crafts filed his nomination papers for Feb. 21 with the Secretary of State to officially be placed on the primary ballot on June 9, 2020, for the U.S. House of Representatives 2nd District race.
Our Sponsors END_OF_DOCUMENT_TOKEN_TO_BE_REPLACED