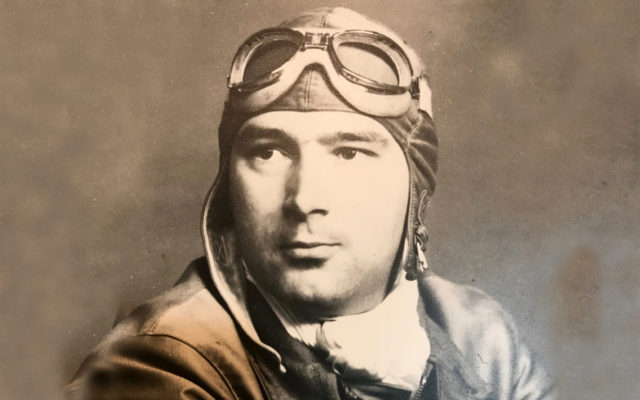 The choices that surpass time and distance

Andrew Birden, NEP General Manager • May 24, 2018
As members of the civilian population, most of us can only imagine the actual experience that is the reality for the millions of men and women who choose to wear the uniform, placing their lives between the fragile “us” and the ubiquitous “them”.

As members of the civilian population, most of us can only imagine the actual experience that is reality for the 1.4 million men and women who choose to wear the uniform to serve in the U.S. military, placing their lives between the fragile “us” and the ubiquitous “them.”

While I am not a military person, I come from a military family stretching back at least three generations. My oldest brother is a retired U.S. Marine, my father is a veteran of the Korean War and served in both the U.S. Army and the Navy.  Many of my first cousins have served in different branches of the armed services. My oldest uncle, Robert Weinzapfel, died in the Pacific Ocean a few days after the Imperial Japanese Navy Air Service bombed our naval base at Pearl Harbor. Today I am writing about him.

Robert flew planes as an ensign for the Navy, assigned to the USS Lexington in Hawaii in 1941.

My mother, the youngest in a family in which Robert was the eldest, never knew her big brother, but she always had a fascination for him. She preserved portions of Robert’s diary and logbook of his flights, and she passed copies of them to me when I was a much younger man. I ran across those copies a few days ago.

These are the words he wrote in the days before he died:

At 0900 the Lexington received a radio message that there was an air raid by Japan on Pearl Harbor. At first everybody thought that it was just a false alarm. At 0930 we got word that Manilla was bombed a few minutes after Pearl Harbor. 1000- word that VP-12 plane sighted, bombed, and sunk enemy submarine one mile south of Pearl Harbor. 1015 message that 2 bombs dropped in Hawaii. Our married men aboard who have families there are a little worried. Within about 400 miles of Midway Island we turned back for Pearl Harbor. 1100- enemy aircraft carrier south of Oahu. VS-2 took off about 1000, but J. Smith, Haulke (sp), and I stayed aboard. 1210- Report unconfirmed, two American warships sunk. Reports are that Pearl Harbor has been pretty badly damaged. Ens. Koch and Wood couldn’t find the ship at first and almost ran out of gas before they did find us. It was dark when they came in. The skipper etc. and we all were straining our eyes on the horizon hoping and hoping that they would get in. If they’d go down we would never go after them and they would be goners. It’s all as exciting as hell. OUR FIRST DAY at War. We are informed that we shall probably intercept the enemy tomorrow and our orders are to destroy them. The planes that bombed Honolulu came from Japanese Carriers. They certainly caught our army with their pants down. It certainly didn’t take the crew long to take the dummy bombs off our planes this morning and put the real ones on. The Army and Navy at OAHU can’t deny it, they certainly left their guard down there, and it’s a damn shame. Position at about 1900 was Long. 170.31′ W, lat. 23.50′ N.

Monday December 8, 2nd day of War with Japan. We still haven’t contacted the enemy. The fellows of VS-2 are all kinda glummy this evening. Our gunnery officer, Lt. (jg) Hunter in 2S-7 went down in the sea in his plane – about 190 miles from the ship and about 150 miles from Johnson’s Island. He and his radio man are in their little rubber boat and they are lost at sea. A couple of distroyers [sic] are looking for them, but we don’t ever expect to see them again. Poor fellows out there this cold night.

Whenever I’m out to do something I always like to pray to the Poor Souls or to the B.V.M. (Blessed Virgin Mary) for aid. But, to pray for help in finding the enemy so I can bomb him and kill as many men as possible — well, it’s just hard to do. I want success, but it doesn’t seem like the right thing to pray for. I began to complain that I wasn’t getting to fly any, so I was put on a SUBMARINE PATROLL (sic) Hop this afternoon. It was reported that the enemy attacked the Enterprise. We are heading west toward Johnston’s Island tonight.

On June 29, 1943, my grandparents met Robert’s radio man, Raymond Reames, who was on the plane with him when they crashed. Reames wrote in my uncle’s flight log the following account of how Robert died.

June 29, 1943 At Home – Returned to Ship with Ens. Weinzapple (sic) at 1226 Dec. 9, 1941. We were landing but he took a wave-off, and we stalled and spun-in. I was out for just a few seconds and came to in time to see only the tail above the water. Immediately, I tried to get to him but the tail fell on top of me and was unable to get him. He was one swell fella.

It is my uncle I am thinking about this weekend, along with the others lost in service to the defense of our country.

As a young man, I chose to let others wear the uniform, but this Memorial Day, I also make a choice. Today, I choose to remember and meditate upon the men and women who accepted the responsibility and consequences upon their lives and the lives of their comrades that the uniform represents. 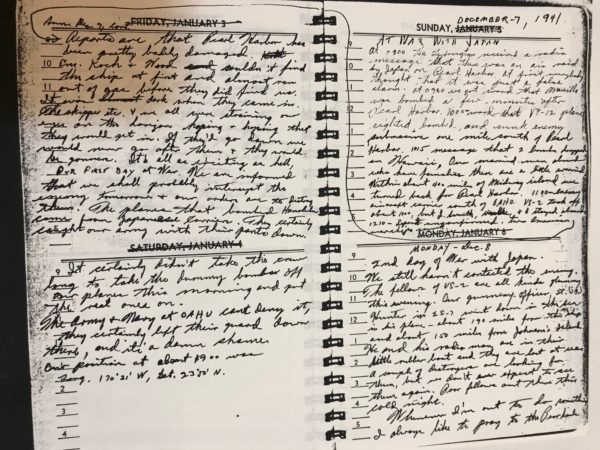 Two pages from the journal of Ensign Robert Weinzapfel, showing flight data and his personal thoughts after the attack on Pearl Harbor. Weinzapfel was a Naval pilot assigned to the USS Lexington, and was one of the first Americans to die after the United States joined the fight in WWII. (Andrew Birden | SJVT/FhF) 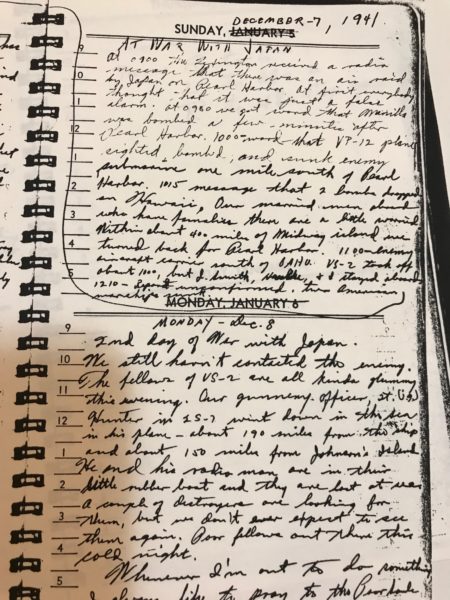 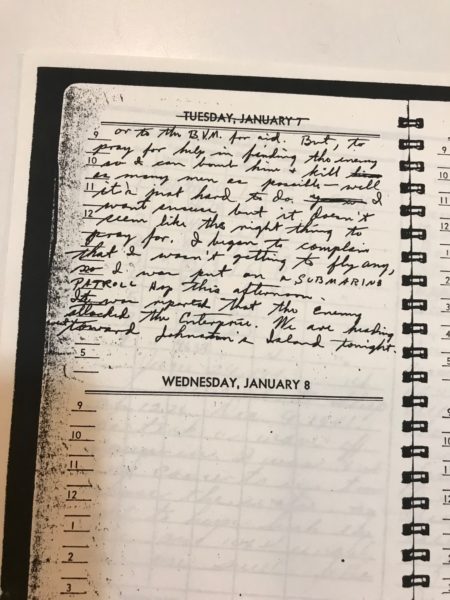 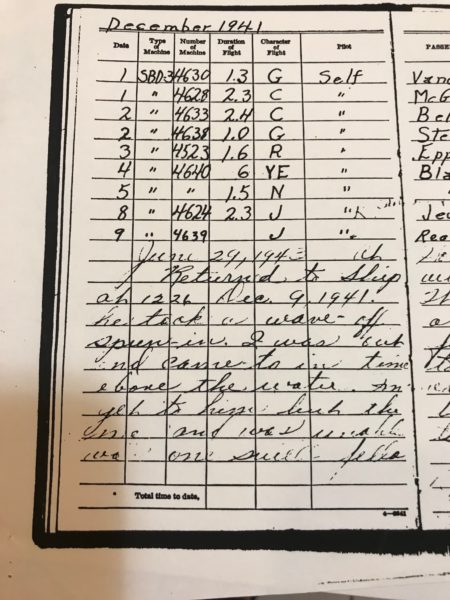 A page from the journal of Ensign Robert Weinzapfel, showing flight data and his personal thoughts after the attack on Pearl Harbor. Weinzapfel was a Naval pilot assigned to the USS Lexington, and was one of the first Americans to die after the United States joined the fight in WWII. (Andrew Birden | SJVT/FhF) 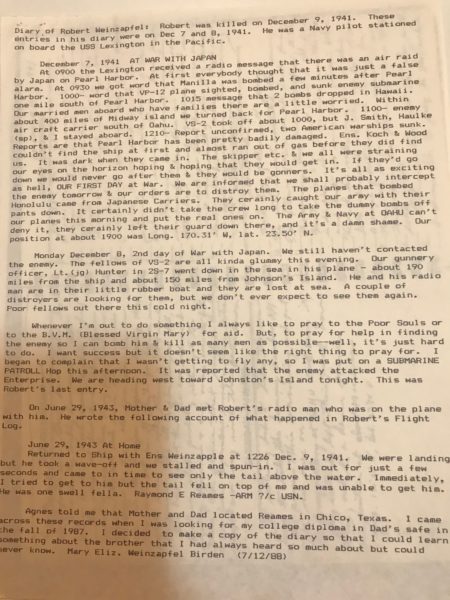 In 1988, Mary Birden, sister to US Navy pilot Robert Weinzapfel, transcribed entries from Weinzapfel’s logbook and diary that chronical his thoughts and actions in the three days following the attack on Pearl Harbor, December 7, 1941. (Andrew Birden | SJVT/FhF)

A broad area of low pressure crossing the state will bring widespread rainfall to the entire SJV today and tonight. Rain tapers to showers Thursday morning with showers lingering into the evening hours as the low lifts to the northeast.
Our Sponsors END_OF_DOCUMENT_TOKEN_TO_BE_REPLACED