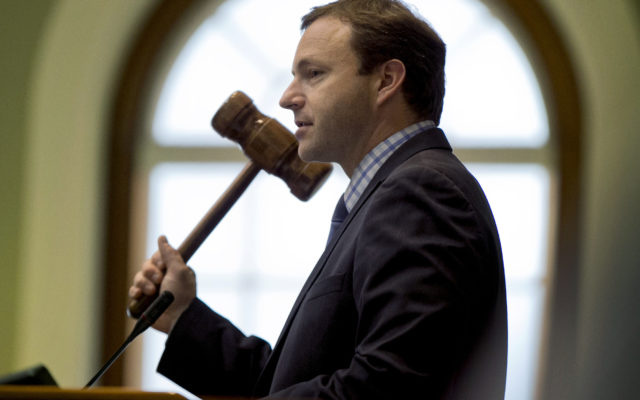 Eves campaign staff is first in Maine history to unionize

Contributed • April 30, 2018
On Sunday, staff for Mark Eves’ campaign for governor and the board of the Campaign Workers Guild (CWG) voted to accept a collective bargaining agreement to unionize.

PORTLAND, Maine — On Sunday, staff for Mark Eves’ campaign for governor and the board of the Campaign Workers Guild (CWG) voted to accept a collective bargaining agreement, making his the first political campaign in New England history, and only the third governor’s race in America, to unionize. The contract establishes guidelines for minimum pay, workplace health and safety, and procedures for hiring and firing, among other protections. The staff chose to affiliate with CWG, an independent national union founded earlier this year.

Eves supported the efforts of his staff to organize, saying, “It is long past due that Democratic candidates who claim to stand up for working people walk the walk and encourage their own campaigns to organize. I want every Mainer to have access to health care, paid family leave, and protections from workplace abuse. I will push for those policies as governor and until then I’ll do what I can to ensure my staff have them now.”

“I’m proud to be a part of a campaign that’s actually living Democratic values and not just talking about them,” said Claire Cummings, Field Director for the campaign. “It wasn’t a surprise that Mark would support this decision – he’s always been on the side of working Mainers – but it’s still very exciting for all of us. Hopefully our decision to unionize will a new standard for campaign work in Maine.”

Meg Reilly, who serves as the national Vice President of CWG and lives in Portland, thinks that is hypocritical.

“We are sick and tired of candidates who identify themselves as pro-union or pro-worker when they fail to guarantee the same labor rights they claim to support,” she said.

“Throughout my career I have always supported organized labor because I think every working person – whether they work at a paper mill, a nursing home, or on a political campaign – is better off when they have the protections of a union. If you can’t rely on a candidate to treat their own workers with dignity, how can you expect them to stand up for workers when they get elected?”

Eves is the son of a public-school teacher and a retired military chaplain. A licensed family therapist, Eves spent eight years in the Maine House of Representatives, including two terms as Speaker. During that time, he earned a career 98% voting record from the Maine AFL-CIO and consistently stood up to Governor LePage’s attempts to weaken organized labor. Eves lives in North Berwick with his wife Laura, their three young children, four goats, two pigs and a coop full of chickens.

Maine’s longest serving legislator, Martin was first elected to the Maine House of Representatives in 1964 when he was 23.
Our Sponsors END_OF_DOCUMENT_TOKEN_TO_BE_REPLACED