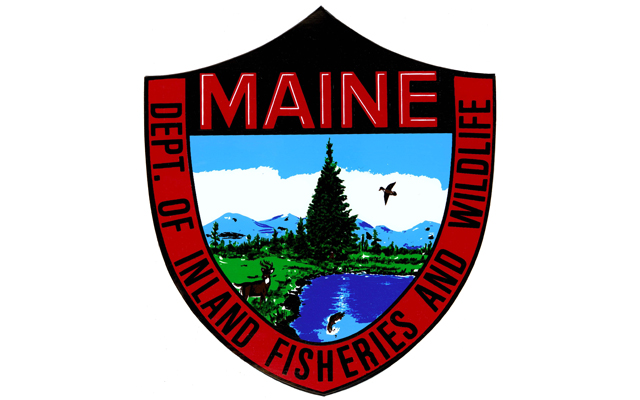 Contributed • April 2, 2018
The Maine Warden Service celebrated its 138th anniversary Friday, March 30, at the Winslow VFW. The annual awards banquet recognized game wardens for their performance in 2017 and included the recipient of the Maine Game Warden of the Year Award.

WINSLOW, Maine — The Maine Warden Service celebrated its 138th anniversary Friday, March 30, at the Winslow VFW. The annual awards banquet recognized game wardens for their performance in 2017 and included the recipient of the Maine Game Warden of the Year Award.

Awardees included those who assist the Maine Warden Service during the course of their mission, the Legendary Game Warden of the Year, Game Warden Supervisor of the Year, and the Colonel’s Award, as well as a number of service awards.

Three of those recognized are from Aroostook County.

Game Warden Alan Dudley of Easton received the 2017 Meritorious Service Award forisking his own life by jumping into the icy spring waters of the Aroostook River to attempt to save the life of a young boy on June 10, 2017.

Game Warden James Gushee of Fort Kent received a 2017 Exemplary Service Award for saving a man’s life on Oct. 19, 2017 in Waterboro. The man was attempting to take his own life and Gushee’s quick actions prevented this from occurring. The man is now doing well.

Dumond served with the Maine Warden Service from 1972 to 1992 as a game warden pilot. He has continued to fly with the Warden Service on an as-needed basis as a reserve pilot and instructor, more recently over the last year. Dumond flew helicopters in Vietnam prior to flying for the state. He has accumulated 21,000 hours of safe flying over his lifetime and has been responsible for saving many lives and locating many lost persons.

He received the Master Pilot Award in Old Town in November 2017, which is the most prestigious award the FAA issues to pilots certified under Title 14 of the Code of Federal Regulations (14 CFR) part 61. This award recognizes individuals who have exhibited professionalism, skill, and aviation expertise for at least 50 years while piloting aircraft as master pilots. Dumond lives with his wife Pauline in Eagle Lake and remains as passionate about airplanes and flying as ever.

In other awards, Game Warden Eric Blanchard of Wells was named the 2017 Maine Game Warden of the Year, with Sgt. Jason Luce of Sebago earning the Outstanding Supervisor Award.

The 2017 K9 Search and Rescue of the Year Award went to Game Warden Kevin Pelkey and K9 Badger  of Corinth. Badger was honored posthumously, as he died this year on February 1 at the age of seven from illness.

The 2017 K9 Conservation Case of the Year Award went to Game Warden Dave Chabot and K9 Ruby of Greene.

A cold front will cross the region today associated with the upper trough and low which will absorb the remnants of Isaias in Canada.
Our Sponsors END_OF_DOCUMENT_TOKEN_TO_BE_REPLACED