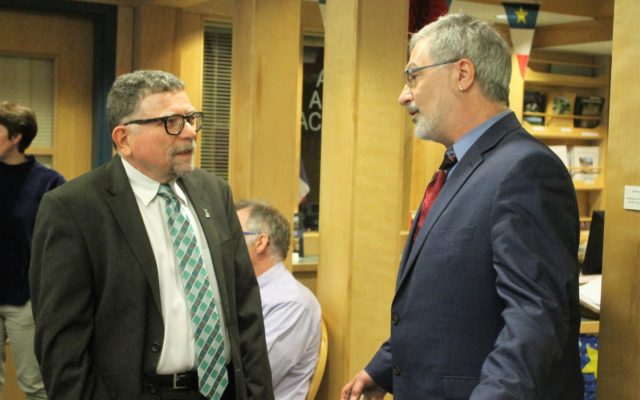 FORT KENT, Maine — More than 45 years ago workers at the paper mill in Madawaska literally laid on railroad tracks in front of freight trains to fight for better working conditions. 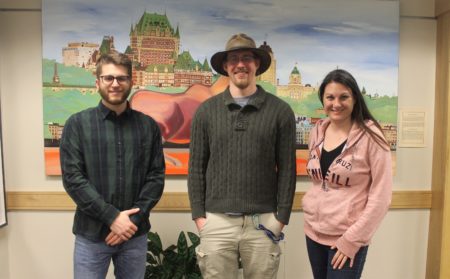 Workers at the then Fraser paper mill in Madawaska went on strike for 11 weeks during the summer of 1971 to protest what they perceived to be unfair and disrespectful treatment from management at the mill. For four days, and with the support of the entire community, workers and their families blocked 27 freight trains full of paper ready for distribution.

As the confrontation evolved, strikers ripped up train tracks, rioted with police, and even destroyed a train engine and some police cruisers.

Hillard said he learned of the rebellion from Valley students attending his classes at USM. He found the story so intriguing that he extensively studied the events surrounding the Madawaska strike.

“People know all about Ford and the assembly workers in Detroit, but people don’t know about this story,” Hillard said.

In 2008, he began gathering information about the Madawaska Rebellion by interviewing those who were there, reviewing company records, and combing through old St. John Valley Times newspapers at the Times’ Madawaska office.

Up until the 1960’s, jobs at paper mills were among the best paid in the region, according to Hillard, as well as among the most dangerous.

“Every paper mill in the state has a history of lost limbs and fatalities,” Hillard said.

In the 1960’s, large corporations bought and merged pulp and paper mills throughout the country, resulting in a loss of local control of the businesses and extreme pressure to maximize profits, Hillard said. 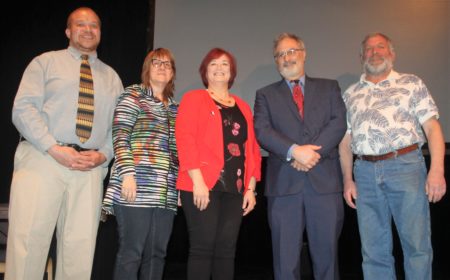 Managers from out of town were sent to the Fraser mill to cut expenses and pressure workers to produce more.

In addition, most of the mill workers were of French/Acadian ancestry and the managers from away were English.

“They talked about the divide between the English and the French,” Hillard said of those he interviewed while researching the strike.

One English manager, who workers referred to as “the cockroach” would stand behind workers while holding a stopwatch in what appeared to be an attempt to intimidate them into moving faster. The man would also kick the workers in their behinds.

The workers got the sense that the lack of respect was because they were French, Hillard said.

The community rallied around the workers when they went on strike. Burt’s Hot Dog Stand, for instance, provided chicken stew for the strikers. Some of the workers’ wives, who worked as secretaries in the mill, served as spies, secretly gathering information about when Fraser managers planned to try and move the paper.

“The basis of the strike was economics,” said Acadian Archives/Archives acadiennes director Lise Pelletier. “…..there was a long history of Anglophones at Fraser Paper Mill (both in Madawaska, Maine, and in Edmundston, New Brunswick) getting administrative positions and Francos or Francophones getting the lower-paying jobs. And never the twixt shall meet. This discrimination was known and accepted grudgingly by the French workers because their livelihood was at stake. Since 99.9 percent of the Valley residents were French, the strike at Fraser mill affected everyone.”

At the end of the strike, workers only received a 5 cent per hour raise, but their working conditions significantly improved as the “cockroach” and other English managers were transferred to a different mill and Fraser hired a Francophone to manage the mill.

“We didn’t get much, but we got the respect that people needed in that mill,” one of the striking workers later told HIllard.

Julien Dutil-Seguin, 25, Isabelle Courcy, 35, and Vincent St. Gelais 27, all forestry students at the Universite de Moncton in Edmundston, were among about 50 people who attended Hillard’s presentation.

“There was a similar conflict in Quebec with forest workers in the late 1970s,” St. Gelais said. “It’s interesting to see another perspective of this kind of demonstration in the past century.”

The University of Maine at Fort Kent’s Acadian/Archives acadiennes and the Maine Acadian Heritage Council hosted the presentation which was followed by a question and answer session with local experts who participated in Hillard’s study: Dr. Nicole Lang, Paul Cyr, and Lise Pelletier.