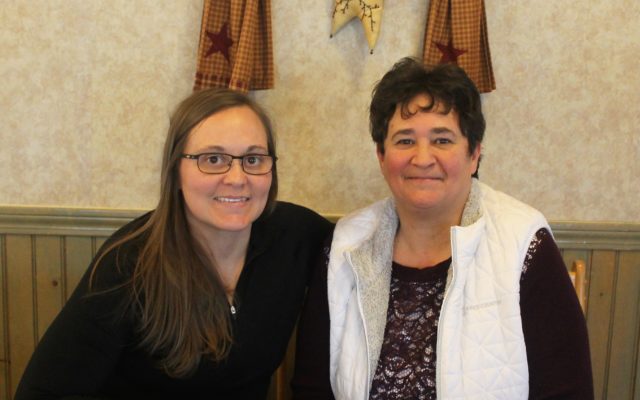 EAGLE LAKE, Maine — Mindy Forino of Fort Kent doesn’t remember the collision with another athlete on a Castine soccer field that forever changed her life eight years ago. 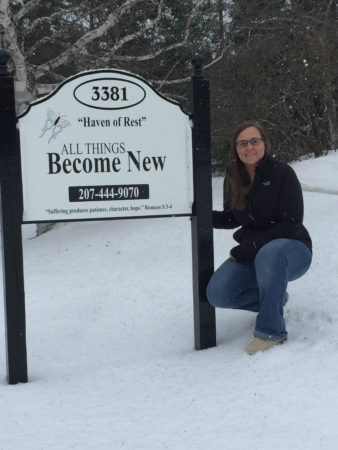 Mindy Forino suffered a devastating head injury in 2010 and is turning her struggles with the experience into hope and help for others. (Courtesy of Suzanne Morneault)

A top-notch goalie who won, among other awards, rookie of the year honors during her freshman year at the University of Southern Maine, Forino had transferred to the University of Maine at Fort Kent and was defending the Bengals’ goal when she and a player from Maine Maritime Academy collided on Sept. 12, 2010. The other player’s shoulder caught Forino in the left temple.

“It literally knocked me out right away,” Forino, 31, said on Friday. “It stopped life dead in our tracks for me and my mom.”

Forino’s mother Suzanne Morneault, 51, will never forget the phone call she received informing her that a LifeFlight helicopter had been summoned to the soccer field to transport her daughter to a Bangor hospital.

Morneault had been hosting a luncheon at her Eagle Lake home as she often did on Sunday afternoons when she received the call.

“They said you better get (to the hospital). We didn’t know how Mindy was doing. It was a three hour ride to Bangor. There was a lot of time to think, talk and pray. It was three hours of not knowing,” Morneault said.

Forino would survive, but suffered a traumatic brain injury as a result of the collision.

Years of rehabilitation followed, with Suzanne and husband Ronald Morneault taking out a home equity loan to help manage medical bills and transportation to appointments downstate for their daughter.

Suzanne Morneault quit her job as a substitute teacher to become Forino’s caregiver.

With long dark hair and bright brown eyes, Forino today appears healthy to those who are unaware of her brain injury.

“It’s a hidden disability. She looks fine on the outside,” Suzanne Morneault said. 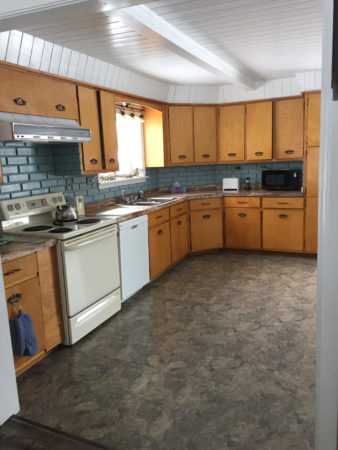 Following a traumatic brain injury, Mindy Forino and her mother Suzanne Morneault formed the non-profit organization “All Things Become New,” which includes a “Haven of Rest” in Eagle Lake to provide respite to caregivers. (Courtesy of Suzanne Morneault)

“I look like a normal person with no limitations,” Forino added. “A lot of people struggle with understanding brain injuries. I’ve learned not to focus on people’s inability to understand because it really can drag you down.”

Before the accident, Forino was an honor student majoring in human biology with hopes of becoming a doctor or physician’s assistant. She would eventually graduate from UMFK with her bachelor’s degree in biology in 2016, six years later than planned, by taking a class or two at most each semester.

She finds it difficult to adapt to social situations as noise, light and even smells can cause her distress.

“My brain becomes tired. I have a hard time blocking out extra stimuli,” Forino said. “It’s crazy, just normal stimuli our brains don’t get too fatigued with, my brain gets very fatigued with on a daily basis. My brain is just trying to take in the environment and sometimes that’s all my brain can handle.”

As a result, she opts out of many enriching social engagements such as graduations, birthday parties and large family gatherings. Her own wedding to husband John Forino took place at Riverside Park with only two witnesses in attendance to make it easier for her.

“She used to be the life of the party,” Morneault said of her daughter.

“Yeah, I was the life of the party; now I won’t even make it to the party,” Forino said. “I was able to juggle school, work and soccer and then one day I get injured and the next day I can’t remember to get up and eat. My mom had to remind me to use the bathroom.”

Forino’s condition has improved some, but she remains unable to hold a steady job. She said she focuses on managing her role as a wife and stepmother to Laila, 11, and she also now manages her own medical appointments and finances.

“Up until about a year ago I could not do any of these things on my own,” she said.

She is taking a beta blocker medication to help control seizures which were weekly occurrences in the early stages of her brain injury, but have since reduced in frequency. 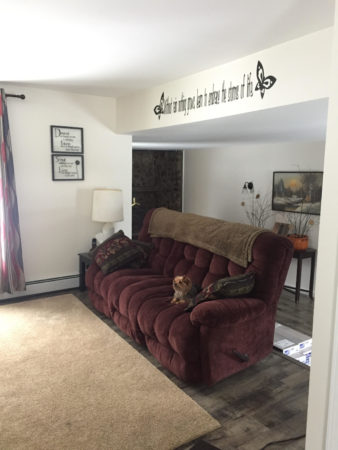 Following a traumatic brain injury, Mindy Forino and her mother Suzanne Morneault formed the non-profit organization “All Things Become New,” which includes a “Haven of Rest” in Eagle Lake to provide respite to caregivers. (Courtesy of Suzanne Morneault)

A trip to visit friends in Florida in March of 2015, meant to be a positive step toward Forino’s recovery, was anything but when she experienced a seizure on an airplane while returning to Maine and had to be hospitalized. Her mother and grandmother drove to Georgia to pick up Forino and transport her back to the St. John Valley.

Forino attends weekly therapy sessions to help manage her emotions. A neuro-opthamologist prescribed special glasses to help her with a midline and vertical shift in her eyesight which resulted from the brain injury and would cause her to walk into things.

Still, Forino focuses on the positive.

“I’ve become a less judgmental person over the years because of everything I’ve been through,” she said.

“Me too,” Morneault added.

Forino and Morneault also are trying to turn their experience into a positive for others who have suffered traumatic brain injuries.

Morneault has not returned to teaching, and instead now focuses her attention on her daughter and the organization.

She and Forino formed a support group for caregivers of persons of traumatic brain injuries which meets at Northern Maine Medical Center in Fort Kent and are in the process of instituting support groups in Caribou and Presque Isle as well. The support group in Fort Kent meets bi-monthly at  6 p.m. at the NMMC library. Upcoming meetings will take place on Jan. 24, Feb. 7 and 21, and March 7 and 21.

In 2017, All Things Become New opened a “Haven of Rest” home in Eagle Lake to provide free respite to caregivers in the peace and tranquility of northern Maine.

The Haven of Rest has hosted several caregivers already, although more work remains to be done on the home.

Morneault is seeking assistance in locating a grant to help modify the home and welcomes volunteers qualified to perform construction and electrical work on the building.

In the long-term, Morneault and Fournier would like to open a home in Portland where patients of traumatic brain injuries can stay while seeking rehabilitative treatment.

Maine’s longest serving legislator, Martin was first elected to the Maine House of Representatives in 1964 when he was 23.
Our Sponsors END_OF_DOCUMENT_TOKEN_TO_BE_REPLACED