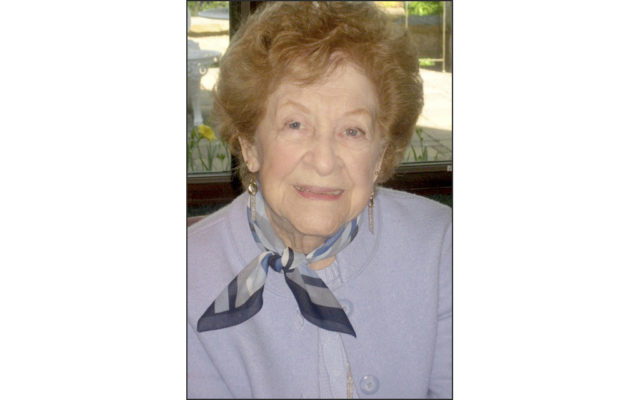 Contributed • January 3, 2018
Verly Rossignol, wife of the late Villa Rossignol, passed away in San Marcos, California, on December 31, 2017, after a short illness.

SAN MARCOS, Calif. and FORT KENT, Maine — Verly Rossignol, wife of the late Villa Rossignol, passed away in San Marcos, California, on December 31, 2017, after a short illness. She was 91 years young. Verly was born to Laura Cyr and Alphee Daigle on July 12, 1926, in Fort Kent. She married Villa in 1950, and they were blessed to celebrate 60 years of marriage. They had four daughters and one son.

In 1965, the Rossignols built and then operated a restaurant in Frenchville, Maine, originally known as “Northern Lights”, which still operates today as “Dolly’s Restaurant”. In 1968, the Rossignols relocated to California, where Verly became employed by Dumont Aviation and Villa worked for Farmers Insurance. In 1975, Verly and Villa started a weekly prayer meeting and non-denominational Bible study at Saint Pancratius Catholic Church, which they conducted for 25 years. They also were regular volunteers during this time at the studios of Trinity Broadcasting Network (TBN).

Verly was a devoted mother whose children will always remember as an exceptional parent. She loved to sing and dance, and to celebrate life! Verly became an accomplished artist in oil painting. In every way, she enjoyed her grandchildren immensely. Her three cats were also a joy to her.

Verly’s love of God’s Word was a life priority and she read the Bible daily, memorizing Scripture. She never met a stranger, and sparkled with the love of Jesus, sharing His message of salvation to everyone she could.

A family reunion has been planned by the Rossignols in February, and will now be a celebration of Verly’s life. She will join her husband’s resting place at Mission San Luis Rey, in California.

Three candidates are vying for two seats on the Fort Kent Town Council. Voters will decide which of the three -- Corey Pelletier, Brandon Dayton or Andrew Caron -- will get a seat during the town’s annual election on Monday, March 22.
Apex Weather END_OF_DOCUMENT_TOKEN_TO_BE_REPLACED

A warm front lifting across the region this morning will lead to increasing clouds with snow overspreading the area later this morning. A cold front will move through this afternoon with snow likely for a period before tapering off behind the front this evening with overnight lows occurring relatively early around midnight.
Our Sponsors END_OF_DOCUMENT_TOKEN_TO_BE_REPLACED